The US and UK Air Forces have significantly increased their activity for reconnaissance of Russian territories and military facilities. 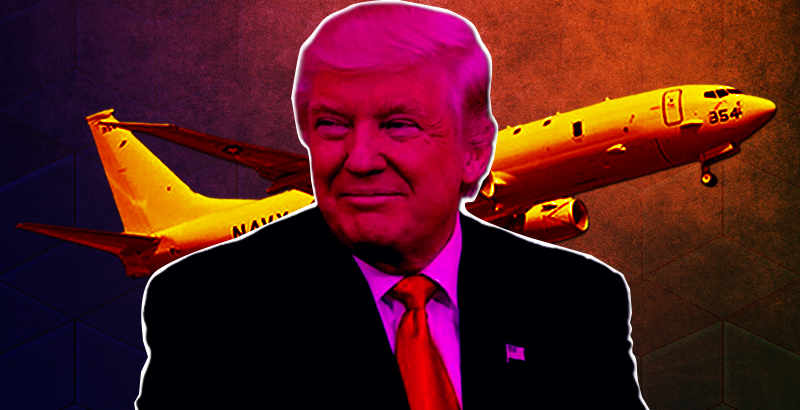 On Thursday, the Р-8А Poseidon maritime patrol aircraft of the US Navy made a reconnaissance flight near a logistics center of the Russian Navy in the Syrian port of Tartus and the Hmeimim airbase, the Interfax news agency reported, citing data of Western websites, which monitor movements of military aircraft.

According to their information, the reconnaissance aircraft with the 168756 side number, departed from the Sigonella airbase in Sicily, was for a long time carrying out flights over the Mediterranean waters along the sea borders of Syria. At some points, it approached to the Syrian coast so close that there were just 40-45 kilometers between the aircraft and the Russian military base in Tartus.

As it was earlier reported, on Thursday, strategic reconnaissance aircraft of the US and UK Air Forces made another approach to the Russian maritime borders in the south of the Baltic.

In the morning, the RC-135W aircraft of the UK Royal Air Force with the ZZ665 side number and the RFR7130 call sign, which departed from the Waddington airbase in the UK, made a reconnaissance flight off the coast of the Russian region of Kaliningrad.

After noon Moscow time, the US RC-135U electronic reconnaissance aircraft with the 64-14847 side number and the DORSY65 call sign, which departed from the Mildenhall airbase in the UK, replaced the RC-135W in the same area of the Baltic.

Everytime Russia gets too close to US/NATO equiptment in the middle east, the US and NATO call for emergency meetings to contain Russian agression. But everytime the US/NATO does the same to Russia, we expect Russia to understand, and not fight back.

The level of hypocracy displayed by the US coalition to Russia and its allies is absurd.

No real news here. Maritime patrol, recon and ELINT are performed by both sides. The P8 is to to replace the P3 Orion, looks like they did away with the large MAD sensor on the tail end.