Due to intensification of usage of drones in Iraq, including homemade ‘attack’ models, the US forces have deployed the Anti-UAV Defense System in the country. 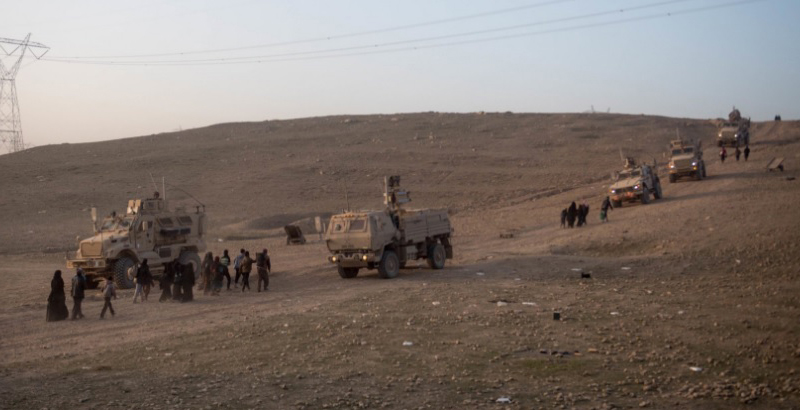 The Anti-UAV Defense System (AUDS), mounted on the FMTV military truck, used by US military in the are of Iraqi city of Mosul, March 2017 (Photo: Twitter / AlexMello02)

The article is based on info collected by the BMPD blog

Photos, showing the new Anti-UAV Defense System (AUDS), mounted on the American FMTV military truck and used by US contingent against the forces of the Islamic State (IS) terrorist group in the area of the Iraqi city of Mosul, have been published online.

The АUDS was developed and produced by a consortium of small British companies, such as Blighter Surveillance Systems, Chess Dynamics и Enterprise Control Systems.

The system is equipped with small-size stationary radar locators of the A400 series, which use passive phased array antennas. The locators were developed by Blighter Surveillance Systems and allow to detect small unmanned aerial vehicles (UAVs). The declared detection range of micro-UAVs is up to 2.4 km, while detection range of ‘usual’ UAVs is up to 10 km. One radar locator is capable to operate in a sector of 90 degrees. 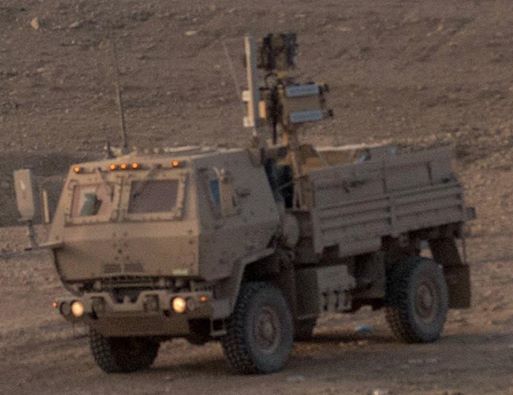 The Anti-UAV Defense System (AUDS), mounted on the FMTV military truck, used by US military in the are of Iraqi city of Mosul, March 2017 (Photo: Twitter / AlexMello02)

The round-the-clock Chess Dynamics Hawkeye Deployable System, which includes thermal vision and television cameras, allows identification and tracking of a UAV’s targets. The system is also equipped with a set of directional VHF-antennas, which relay jams (the frequency is 5.8 GHz). The set was developed by Enterprise Control Systems to ‘jam’ control channels of UAV’s targets. The antennas have an effective impact at a range of 2.5 km

The system is controlled by one operator from a portable control station. According to results of AUDS’s tests, only 8-15 seconds usually pass between detection of a small UAV and its falling down due to jamming. All AUDS’s elements can be placed separately or mounted on the same installation, as it was done on the basis of the FMTV vehicle in the area near Mosul.

It is known that since 2016, the US Armed Forces have been purchasing the AUDS from the American Liteye Systems company, which acts as a distributor of the British consortium in the US. The AUDS aroused great interest among a number of military and government customers from other countries, who currently conduct tests of the system. The system also undergoes beta testing in the US Federal Aviation Administration (FAA) as a mean of protecting civil airports from unauthorized flights of UAVs in their airspace.

Stationary radar locators of the A400 series, developed by Blighter Surveillance Systems, are already separately used to detect UAVs by the UK and South Korean Armed Forces. 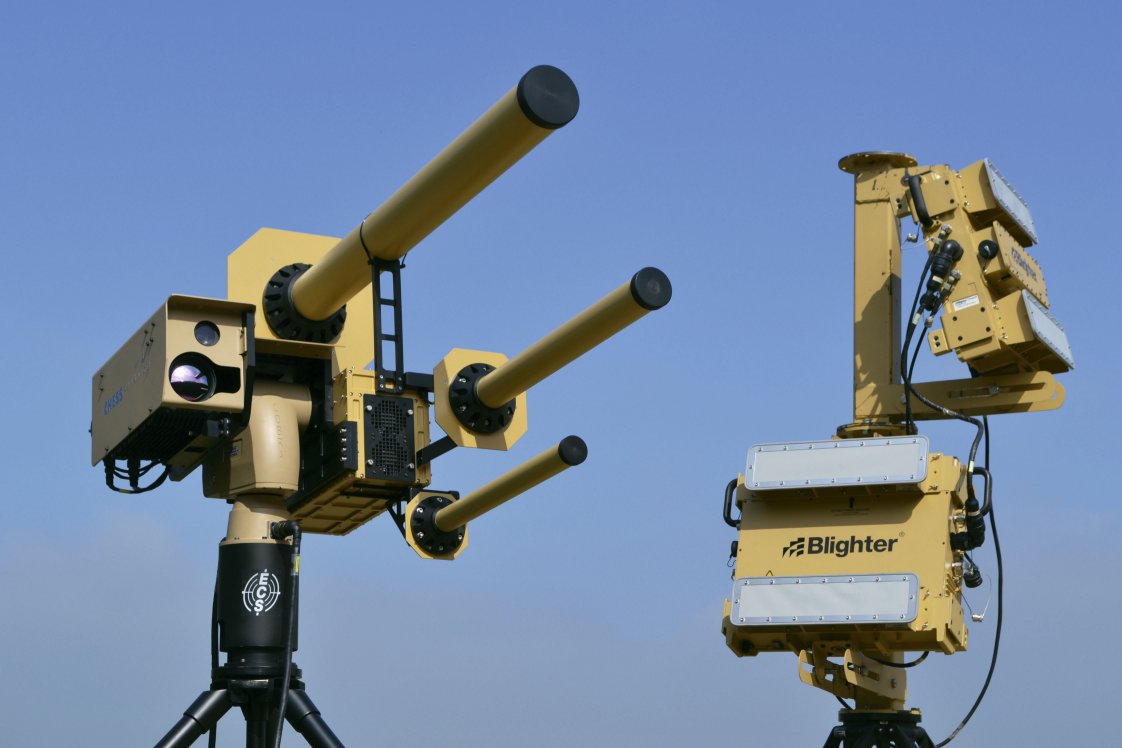 When was the last time ISIS attacked the US? Need to be enlightened. Those defenses are for Assad.

When was the last time ISIS attacked the US? Can’t seem to recall when, thought they were on the same side.

Those are not their to defend them against their ISIS allies. Those are their to protect them against Syrian and Iraqi and civilian militias UAV’s haha. And something else to Wast the American Tax Payers money on lol. https://holodomorinfo.com/