On September 13th, US Marines finalized eight days of unprecedented military exercises with Syrian militants near the southern Syrian city of al-Tanf, in an attempt to send Russia and Iran a “strong message,” according to military officials cited by PressTV.

Colonel Sean Ryan, a US military spokesman, described the drills as “a show of force,” saying that the Pentagon had notified Russia through “deconfliction” channels to prevent “miscommunication or escalate tension.”

“The exercise was conducted to reinforce our capabilities and ensure we are ready to respond to any threat to our forces within our area of operations,’” he noted.

Reuters also cited Colonel Muhanad al Talaa, commander, of the Pentagon-backed Maghawir al Thawra group, who on September 13th said that the rare military exercises with US Marines in southern Syria sent a strong message to Russia and Iran that the Americans and the militants intend to stay and confront any threats to their presence.

He was further cited as saying that the eight days of drills that ended this week at the US military outpost in al-Tanf were the first such exercises with live-fire air and ground assault, involving hundreds of U.S. troops and militants.

“These exercises have a big importance and have beefed up the defences of the area and raised the combat capabilities and morale and that of civilians in the area,” Talaa told Reuters by phone from al-Tanf, which is located near the Syrian border with Iraq.

As reported by Reuters, Russia and the Syrian government have repeatedly called on Washington to pull out its troops from Tanf base, where it has declared a 35-mile-radius “deconfliction zone” off-limits to others.

“We are staying whether the Russians or Iranians want or not,” the militant commander added.

According to Reuters, the militants said the US military’s new policy to bolster Tanf’s capabilities is a big shift. “The American position has changed completely towards the Iranians. Before it was just putting a line to the Iranians not to approach the areas,” Talaa added.

According to Reuters, Talaa also claimed that “Tehran’s failure to end its military presence in Syria could provoke a U.S. military response.”

“If Tehran does not respond to the demands of the Americans there is a big likelihood they will be hit. It’s inevitable the Iranians leave Syria. This should happen quickly and in a decisive way,” he added.

Sputnik cited remarks by a spokesperson for the US-led coalition’s Operation Inherent Resolve against ISIS that said “there is no terrorist camp within the al-Tanf de-confliction zone, which runs in a 35-mile diameter around the coalition’s al-Tanf Garrison.”

Middle East Eye cited militant sources who said that hundreds of US Marines arrived this month in Tanf to join special operations troops already based in the garrison and participate in the drills, amid heightened US-Russian tensions in Syria and a naval buildup in the Mediterranean.

The outlet cited Syrian Foreign Minister Walid al-Muallem has described the US military presence in the country as illegal, insisting that the American forces should withdraw from its base in al-Tanf.

Sputnik further cited Bashar Jaafari, head of the Syrian government delegation to the Astana peace talks, who in May 2018 called the US military presence in al-Tanf and nearby Rukban refugee camp in the south of the country a “pure aggression and occupation.”

Sputnik reported that the US currently occupies a 35-mile zone around its base in al-Tanf, where it has been training Syrian opposition forces since 2016. According to the outlet, the base has come under criticism by Damascus, Moscow and Tehran and they have expressed concerns that Washington “spewing Daesh [ISIS] mobile groups who make inroads to launch subversive terrorist operations against Syrian troops and civilians.”

PressTV reported that despite criticism, the US has so far refused to pull its forces out, and even moved to deploy hundreds of more marines in al-Tanf in earlier September 2018.

The new forces have reportedly joined “special operations troops already based in the garrison” and participated in the drills.

On September 7th, CNN cited several US military officials as having said that Russia had warned the Pentagon twice in the past weeks that its forces, together with Syrian troops, were prepared to wage an attack on terrorists in the area where dozens of US troops are stationed – including those in the al-Tanf garrison.

US military officials “bluntly warned Russia and Syria not to go forward with an attack within a 35-mile-wide security zone that the US maintains around Tanf,” Task & Purpose further reported.

Makes me wonder how those Marines feel knowing they’re training with head choppers….. On second thought, they probably have been told they’re the good guys. They won’t discover the truth until they return home and then only if they don’t keep swimming in propaganda.

To understand ‘feelings’ it is necessary to have independent cognitive thoughts :)

The image stimulated both larynx and abdominal cavity for a good hearty laugh for me and my wife. My wife especially liked the feet whereas I had a preference for 2 items because they work well in tandem; the model number together with the B.S. dispenser. :)

Sure. You could read about it. But of course its more funny and a better excuse to mix it of from Your own science fiction below Your belt.

the usa is a slave of israel

But responsible for its own actions…Blaming IsraHell and in the meantime Keep Throwing Bombs on Civilians is called Hypocritical….there’s a lot of Fruitcakes up in that Country itself….

I am reliably informed from an unnamed source that US Marine recruits have now perfected the skills of murdering civilians in FIBUA ( Fighting in Built Up Areas) Merijn.

Thanks for the links and my bedtime reading Merijn :)

Hahaha. You keep Your line well.

Most politicians and other government employees are no matter where they might be are already bought off, put in check through blackmail, or know the consequences of stepping out of line. The political system is rigged against the citizenry, the notion of a democratic republic wherever it has taken root has always turned out to be a cruel joke.

Every Western democratic governments completely reject their own nationalist interests in favor of internationalism, which is really the Jewish form of nationalism as a result of the diaspora. History has shown that Jews and Gentiles are like oil and water, they just don’t mix.

Arrh, the jews do everything and You do nothing. Thats life.

And regarding your insult: “When the debate is lost, slander becomes the tool of the loser.” – Socrates 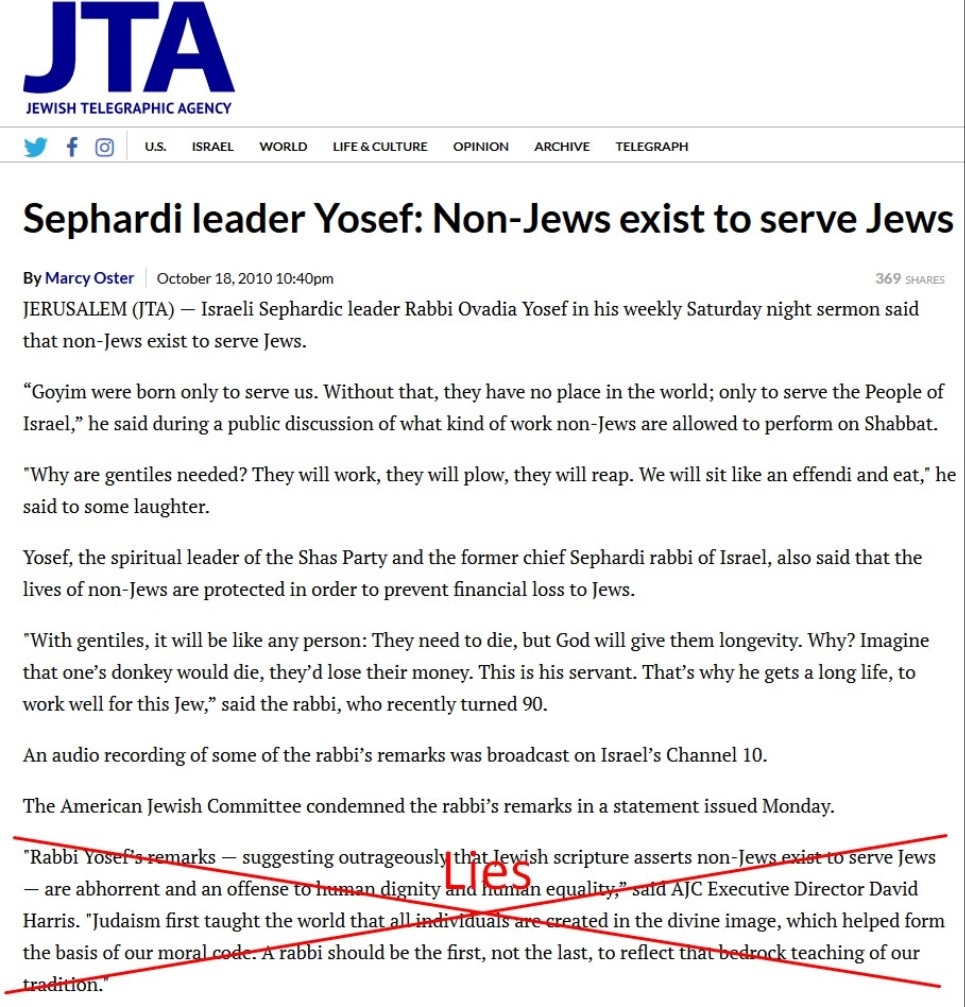 How can You even see, what You write. Its lower then crap. At least upgrade it to ferilizer, which is more needed.

No the Americans, the IsraHellis, the British, the French, the Wahhabis, Turkey & NATO are Lower than Crap… they Kill Kids for the Fun of it with their Satanic Headchopping Mercenaries… Khazarian Mobsters is what they are…

US could leave all lands that they have occupied from different countries around the world.
……………Say, No to encroachment……
……… Our world is not for encroachers……..

The muslim agenda. 1001 arabic night good fairy tales added some bad ones. You really brand Yourselves as You are. Thank You.

You confirm it well. 1 billion muslims are runned by some few million Jews.

That Guy
Reply to  Len Zegelink

That Guy
Reply to  John Whitehot

Ofcourse it is still valid, but it is becoming a trivial statement. It is like saying that the sun is hot.

jews do propaganda by repeating the same memes millions of times over and over.

it can’t hurt to repeat that the US is the slave of Israel one time more.

Al-Tanf the Headchopper-Hatchery….U.S.that your Special Forces May return in closed Coffins…

You prefare open coffins ? I have been at several funerals. I dont.

Rather than drilling for 8 days why didn’t they eliminate the remaining ISIS in “their” territory?

What kind of employer shoots his employees???

Assads and ISIS do.

Well if you added up all the comments and interviews where they talk about fighting ISIS you would have a pretty big pile of shit.

After years, You still dont see how ISIS are. You never will. Go away.

Sarcasm. It’s not surprising you don’t understand me, try as I might you just baffle me. Honestly I don’t often read your stuff anymore, don’t bother reading mine.

Al Tanf is not only a terrorist nest…also a terrorist school which teach all terrorist brand ( Included ISIS members who fight around Swayda and near palmyra..)…

We never has heaed that before even we hear a lot in tranlation or transportation. Fcx we hear Assads dricing tigers around in aquarium and they are good svimmers.

Tanf is a Falcon center to honeur arabic trasitions. Birds of both genser hunt blindfolded for their masters and are kept hungry their whole life.

Digging their own graves,more likely.

What’s with the low rating on the articles? If you don’t like american presence in Syria, here is not the place to “downvote”

Its Sputnik. My filter autopilot start subtracting 50% 100% away. Next will be most of the rest.

Most here are learned from before they were born in some mal functioned machine or something, they can live much better as they are, if others are in worse areas around the world.

Its not allowed to learn about the rest of the world.