The US wants to include the Jabhat al-Nusra terrorist group in the list of organizations, to which the country is loyal, in order to protect the group from strikes in Syria. The Russian Foreign Ministry says that terrorists would always remain terrorists, no matter what name they have chosen. 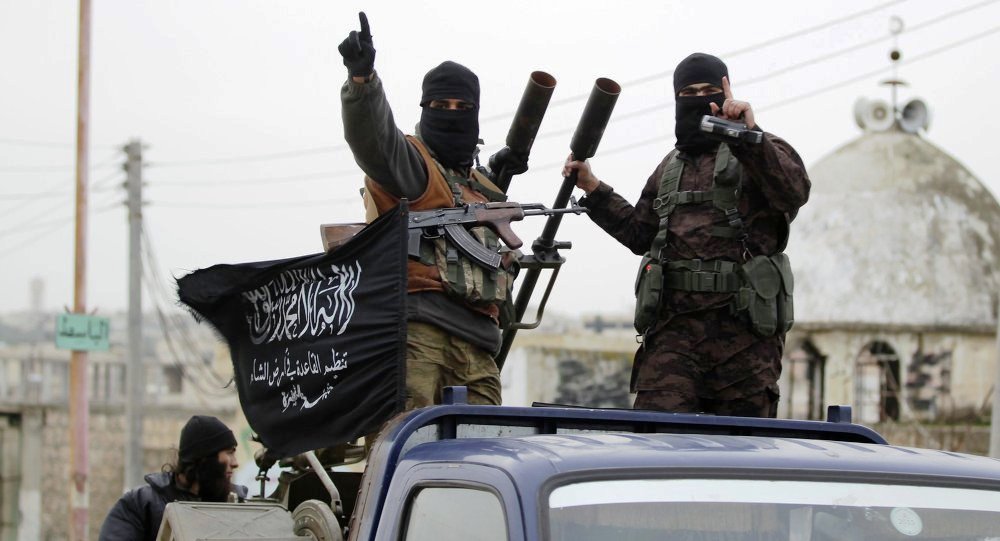 Washington tries to protect Jabhat al-Nusra terrorists from strikes in Syria, Russian Foreign Minister Sergey Lavrov said, referring to US decision to include the Ahrar al-Sham group, which has refused to comply with an agreement on Syria, in the list of organizations, to which the US is loyal.

According to the Minister, US performance of the obligation to separate the opposition, which cooperates with the country, from the Jabhat al-Nusra and other terrorist organizations is a priority of the agreements between Moscow and Washington. Delays in an implementation of this point of the agreement may be connected with the fact that “someone in Washington would like to protect these terrorists from striking.”

“At least, such suspicions are sufficiently serious about the Jabhat al-Nusra,” Lavrov stressed in an interview with the Sputnik news website.

Meanwhile, Russia is not going to raise the issue of including the Jabhat al-Nusra in the list of terrorist groups at the UN Security Council, after the organization has changed its name to the Jabhat Fateh al-Sham; terrorists would always remain terrorists, special representative of the Russian President for the Middle East and African countries, Russian Deputy Foreign Minister, Mikhail Bogdanov said.

According to the diplomat, any statements of the Jabhat al-Nusra about changing the name and breaking ties with the Al-Qaeda do not imply radical changes of the goals of the group and are just a tactical move. The changing of a ‘signboard’ also has not been reflected in actions of the terrorists, who continue to wage war against the government and people of Syria.

“We think that destabilizing activities of terrorists from this group has already received an unambiguous assessment of the international community by including it to the list of terrorist organizations with all the consequences that come with it,” Bogdanov told the RIA Novosti news agency, adding that additional decisions, regarding the terrorist group, are not required.

Will remind, the Islamic State (IS) and the Jabhat al-Nusra terrorist groups continue to disrupt the truce at the areas of Aleppo and Damascus. The ceasefire has been acting in Syria since September 12.

I’ve completely had it with Russian whining about the actions of their enemies. There are no illusions about the overall goals of the American Empire in Syria. You either burn your enemies, or if you can’t, you capitulate and get the hell out. These games with make-believe ceasefires don’t help the Syrian people, and they don’t deter the aggression which will move to Russia itself unless it is confronted properly.