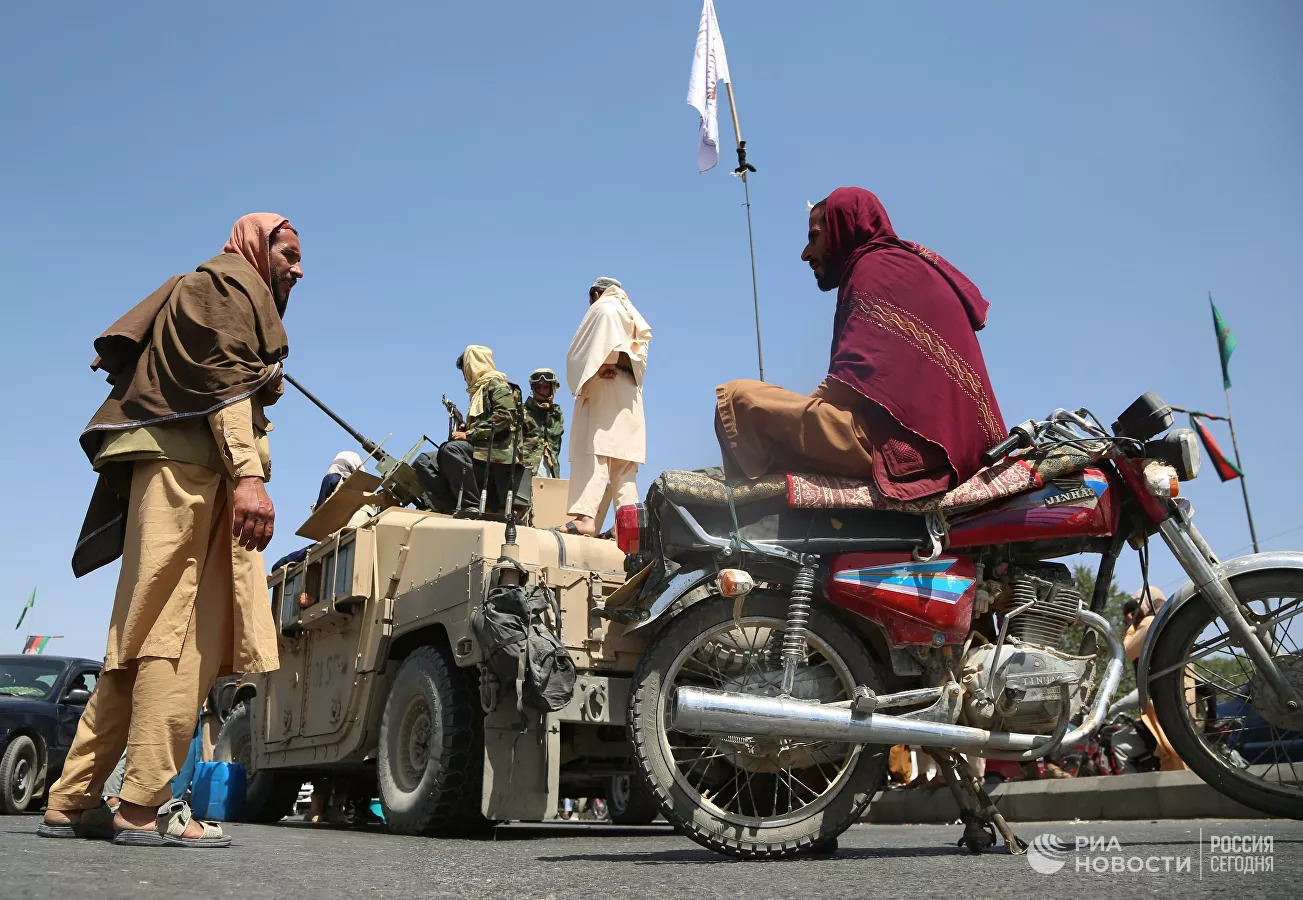 Ukraine needs to forget about the US guarantees in the framework of the Budapest Memorandum, according to Maxim Buzhansky, a member of Kiev’s parliament from President Volodymyr Zelensky’s party.

Earlier, Afghan media circulated footage showing people falling out of an American transport plane departing from Kabul – presumably, they were Afghans who were trying to escape by clutching to the chassis.

“I think now that we have seen how” the main allies outside NATO “are thrown out of the airplanes, even the most blissful ones can stop recalling the Budapest memorandum for some reason,” Buzhansky said on his Facebook page.

Several weeks ago, against the background of the withdrawal of the American contingent from Afghanistan, the situation in the republic sharply deteriorated: the Taliban launched an offensive on large cities.

On August 15th, it became known that Taliban control all border crossings. Later that day, gunmen announced that they had entered the presidential palace.

On August 16th, the spokesman for the Taliban political office Mohammad Naim said that the war that had lasted for 20 years is over and a new form of government will soon become clear.

Amid the seizure of the Afghan capital by the Taliban militants, Kabul’s international airport has become the only place from which people could flee the country to escape the deepening crisis. Earlier in the media there were reports that hundreds of people broke into the runway of the Kabul airport, trying to catch the planes from Afghanistan.

The Budapest Memorandum in 1994 was signed by Ukraine, Russia, USA, France and Great Britain. According to the document, Kiev joined the Treaty on the Non-Proliferation of Nuclear Weapons and eliminated its nuclear potential, while Moscow, Washington and London guaranteed security for Ukraine.

In his speech following the developments in Afghanistan, US President Joe Biden defended the decision to withdraw from Afghanistan.

At the same time, he acknowledged that the situation in the country was developing faster than expected.

One of his main claims was that the US military should not die in a war that the Afghan military themselves refused to wage.

He blamed the political leadership of Afghanistan for giving up and fleeing, and the Afghan military for surrender to the Taliban.

“We gave them every tool they could need,” Biden said. “We gave them every chance to determine their own future. What we could not provide them, was the will to fight for that future. It is wrong to order American troops to step up when Afghanistan’s own forces would not.”

Kiev is likely concerned that in the scenario of a large-scale escalation in Eastern Ukraine, it would be abandoned by its key ally – Washington, similarly to how Afghanistan’s army and people were abandoned.

This all conjures up an image of fat blubbering oligarchs abandoning their Benz’s at Kiev airport and breathlessly hobble-waddling toward anything with wings! LOL.

Do they even make an airplane that big?

Ukropnazis are waking up from their delirium…? Oy vey…

it shows how quickly Moscow can take Kiev back and return it to the glorious Russian empire. be worried zellertroll, Russia is coming for you. Fixed adolf…

why is Russia such a powerful, glorious successful country compared to Ukropisstan? how is it that Russia can make the largest most successful air lifter in the world and Ukropisstan must hire it from them? why are ukropnazis so poor? because zellerboy gives them vodka and takes all of the money? why do ukropnazis allow CIA to rule them? Fixed adolf…

why is Russia such a powerful, glorious successful country compared to Ukropisstan? how is it that Russia can make the largest most successful air lifter in the world and Ukropisstan must hire it from them? why are ukropnazis so poor? because zellerboy gives them vodka and takes all of the money? why do ukropnazis allow CIA to rule them?

All of Ukraine’s industry is based on luck – they inherited a bunch of westernmost Soviet legacy factories, that despite all the subsequent systematic corruption and incompetence, they haven’t quite completely run into the ground just yet. The Hollywood film Lord of War employs Ukrainian state corruption as key part of its narrative. The main character becomes an international arms dealer through his direct family connections to military arsenals in Ukraine. Its an interesting film, largely because this narrative arc is entirely credible in reality.

You should stop to fantasize about sperm, gays, homosexuals, transgenders. It makes you one of them ^^

He’s a raging homosexual and Zionist.

Not only for Ukr but Taiwan and HK as well. Also, RT: US may seize Afghanistan’s national reserves, but its threat to isolate Taliban is, indeed, ‘unmoored from reality’

That is not going to work and they most likely sanction Afghanistan, just like Syria and Iran.

adolf was a narcissistic psychopath on MI6/Rockefeller Foundation payroll. The shame of Europe and Western Civilization in General. Watch your step Ukropisstan…

You realise you are cheering for one of two nations that is completely run by Talmudists?

Where is the consistency?

Putin may not take up the flaming sword you want him to, but Ukraine is run by those that specific sword is intended for..

Your position is contradictory.

Ukraine would be well advised to steer clear of allowing US-NATO troops to enter into the war against Russia….Ukraine can’t win but it, and the nations around it can be destroyed. and that is in the interest of no one but the Atlantic powers that need another sucking hole like Afghanistan to keep the wars going. when the Allies play war games in London the people on the ground are nothing but pieces on a board.

Yep, that history of Stalin suiciding himself for failing his nation (and I do empathise with Hitler), so somber..

Of course the Ukranazis will be abandoned. Are they really that stupid that they thought Amerikastan would commit suicide for the worshippers of Bandera?

In fact it was the original Russia. Kievan Rus. For Ukranazis that’s like a KKK finding out his grandmother was black, his grandfather a Catholic, and his great grandfather a Jew.

Events in Afghanistan only hasten war between the US and Sino-Russian alliance. https://www.ghostsofhistory.wordpress.com/

It was just one more corrupt puppet Regime,the corrupt president left with cars full of $$$$$$$$$ they couldn’t get it all onto the escape aircraft.

Only a few turkish drones are needed to destroy the entire russian AA-systems – see Syria, Libya and Armenia ^^

Who is your pusher? He sells you very gooooddd bamba.

The Americans literally care more about their dogs than they care about you, having prioritized the evacuation of military dogs over those of its collaborators.