According to the Skypress news website, the US forces have trained about 400 servicemen of the Iraqi Special Forces to assassinate commanders of the Popular Mobilization Units in Iraq. 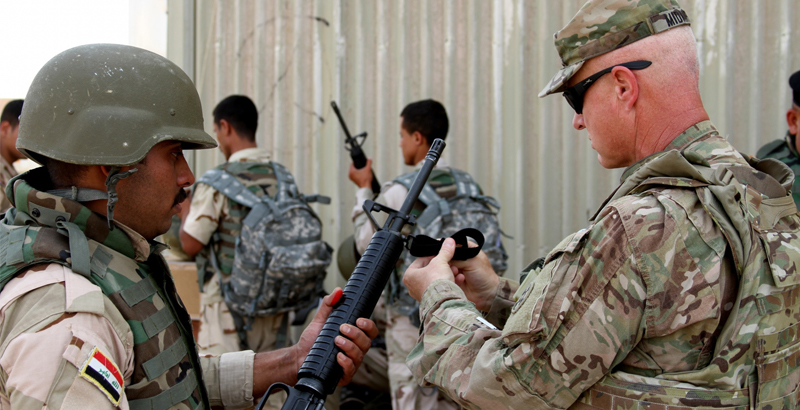 About 400 servicemen of the Iraqi Special Forces have been trained by the US forces in order to form the so-called Tiger Unit, supposed to assassinate commanders of the Popular Mobilization Units (PMU), also known as Hashd al-Shaabi, the Skypress news website reported, citing its own unnamed sources.

According to the website, only 50 of the trained servicemen became members of the Tiger Unit. Their main task is to eliminate PMU commanders, especially those, who are opposed to the US army’s presence in Iraq.

“These forces have been trained by US intelligence officers and technical engineers to find the location of all commanders too,” the website quoted its sources.

The news came after last month commander of Asa’eb al-Haq Movement, affiliated to the Iraqi PMU, Javad al-Talaybawi, said that the US forces have been trying to evacuate commanders of the Islamic State (IS) terrorist group from the besieged city of Tal Afar, located to the west of Mosul. The statement was made after photos, showing the US forces, assisting IS terrorists, were published by a number of media.

At the same time, a member of Iraqi Parliament’s Security and Defense Commission, Iskandar Watut, called for an investigation of photos and videos, showing US planes, dropping aid packages over IS-held regions. The parliamentarian noted that US planes several times dropped packages of food stuff, arms and other necessary items over IS-held regions, as well as called on the Iraqi air defense to watch out planes of the US-led coalition.

In February, eyewitnesses said that US military planes rendered assistance to IS terrorists, stationed in the area of Tal Afar to the west of Mosul.

“We saw several packages, dropped out by a US Army’s aircraft in the surrounding areas of the city of Tal Afar in western Nineveh province, and six people also came out of a US plane on the IS-controlled areas,” the Fars news agency quoted words of the eyewitnesses.

The city of Tal Afar has been under the siege of the PMU forces for about three months. So far, all efforts of IS terrorists to help their comrades, besieged in Tal Afar, have been failed.

The US Military have really lost the plot. Playing one side against the other only serves to display the complete dishonesty of US intentions. This will end very badly for the US as it did in Afghanistan .

Friends and foe alike all despise a charlatan.

Anyway, despite all of this I doubt the US training will come to much. Just a few ‘training failures are :- Vietnam, Iraq, Ukraine,Saudi Arabia.

The US is desperate to keep down the voices of the Iraqi people, so they ally themselves with Barzani’s Kurdistan, Erdogan’s Turkey, and Saudi Arabia to keep Iraq as a colony, and away from their Shia brother Iran, and brother Syria.

Popular Mobilization Units must start Spec Op targeting US Delta Force and SAS and start hunting them like wild animals for what they really are. You’ve got US spec forces head hunting Iraqi people thousands miles away from their home country who have done no harm to them and for which demise they and their government are responsible.