As reported by TYT on August 30th, the Pentagon is planning to train Saudi Arabian pilots on US soil for presumably the first time since the Saudi-led coalition began its intervention in Yemen, according to the contents of federal documents.

TYT cited federal procurement documents that show that the US Air Force is actively soliciting private contractors for training of Royal Saudi Air Force (RSAF) personnel to be “conducted in the U.S. at contractor’s facility.” The solicitation has a deadline of September 24th, however the date of when the training will begin is not indicated.

As reported by Common Dreams, this comes 48 hours after US Defense Secretary Jim Mattis attempted to mask the US’s direct role in the Saudi-led coalitions on-going offensive on Yemen and killing of civilians. Mattis claimed that the US is merely “watching” the conflict.

TYT cited Sarah Leah Whitson, a human rights advocate, who called the new training “disturbing.” Saudi Arabia has come under increasing scrutiny for the conflict in Yemen, which reportedly killed tens of thousands of civilians, spread a million cases of cholera, and created a famine that has killed 50,000 children. The war between the Saudi-led coalition and Yemen’s Houthi movement has driven the population of Yemen, the region’s poorest nation, to the brink of famine. According to Oxfam, 60% of Yemen’s population—some 17 million people—suffer from food insecurity and malnutrition.

Despite the criticism, the US has repeatedly shown its support to Riyadh and repeatedly accused Iran of fueling to the conflict in Yemen. The US has provided diplomatic and media support to   Saudi Arabia.

Due to pressure of the media and the international community, though, the US has now been forced to admit that some questionable conduct was performed by its closest ally in the Middle East.

Defense Secretary James Mattis personally warned that the Saudi-led coalition in Yemen is “not unconditional,” and also called on the Saudis to “do everything humanly possible to avoid any innocent loss of life.”

Following a Saudi-led airstrike on a school bus that left 40 children dead on August 9th, in addition to other atrocities, the Pentagon, on August 28th, warned that it would withhold military and intelligence support if Saudi Arabia didn’t improve efforts to reduce civilian casualties.

However, on August 19th, the Guardian reported that analysis of the debris showed that the bomb that hit the school bus was supplied by the US. The Guardian cited the investigative journalism site Bellingcat which identified bomb fragments, on photographs and videos taken soon after the bombing, as coming from a laser-guided version of a Mk-82 bomb called a GBU-12 Paveway II. Based on marking on a fin segment of the bomb, Bellingcat traced the bomb to a shipment of a thousand of such bombs to Saudi Arabia, approved by the state department in 2015, during the Obama administration.

A spokesperson for Lockheed Martin referred questions about the bombing to the Pentagon. The defense department has said it does not make tactical targeting decision for the Saudi-led coalition but does provide support to improve targeting. “I will tell you that we do help them plan what we call, kind of targeting,” the defense secretary, James Mattis, said. “We do not do dynamic targeting for them.”

The Pentagon’s actions contradict their words. The solicitation for training Saudi pilots was posted on August 23rd, exactly two weeks after the school bus incident. In addition to that, the training will be for F-15 fighter jets, which Saudi Arabia uses in Yemen.

After discovering of the solicitation, Sarah Leah Whitson, executive director for Human Rights Watch’s Middle East and North Africa Division, was cited by TYT, “At a time when even the Pentagon has threatened to cut military and intelligence [support] for Saudi’s disastrous campaign in Yemen, it’s disturbing that the Air Force is ratcheting up its relationship by training more Saudi pilots, however veiled by the use of contractors.”

“Saudi pilots have shown a reckless disregard for human life in the countless atrocities they’ve caused in Yemen; at this point, we need accountability for war crimes, not more training,” Whitson added.

The US claims to not openly support the Saudi-led coalition’s offense on Yemen, however their claims are in clear disparity of their actions.

In December 2016, US President Barack Obama suspended certain arms sales to Saudi Arabia. The decision was made to reflect the Obama administration’s deep frustration over Saudi Arabia’s practices in Yemen. However, the US did not suspend providing aircraft to the Saudi-led coalition, it didn’t cut off all arms sales. Washington also started providing more intelligence on the Saudi border with Yemen.

In March 2017, the Trump administration lifted the suspensions on Saudi Arabian arm sales. In December 2017 US-made helicopters were used by the Saudi-led coalition in Yemen for the first time.

Despite claims that the US is not involved in the Yemen conflict, the weapons and intelligence they provide proves otherwise.

We all know what Happens when Americans Train Saudi Pilots on American Soil…. 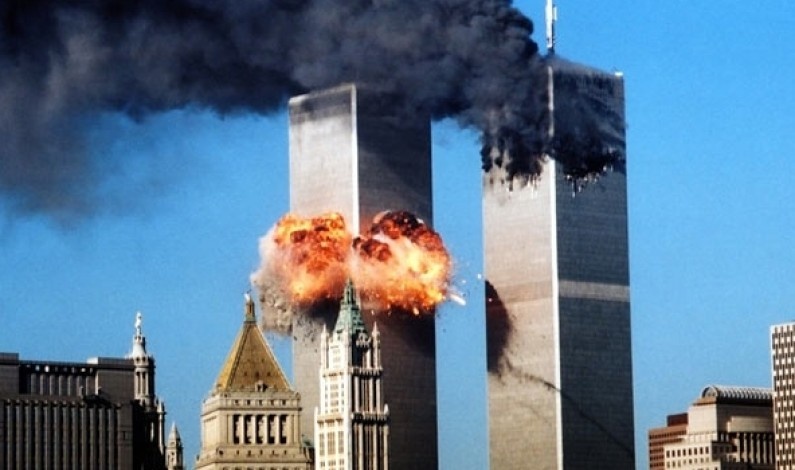 The US has been training g Saudi pilots since ong before 9-11. A much more likely source of the suicide pilots than some flight school trainee.

Yep, been going on since Ronnie Raygun was in office. Been there seen that.

If they bomb themselves, they have more chances to win, find why on the vid on this page, it’s pretty funny https://www.almasdarnews.com/article/houthi-forces-foil-massive-saudi-military-offensive-in-northern-yemen-video/