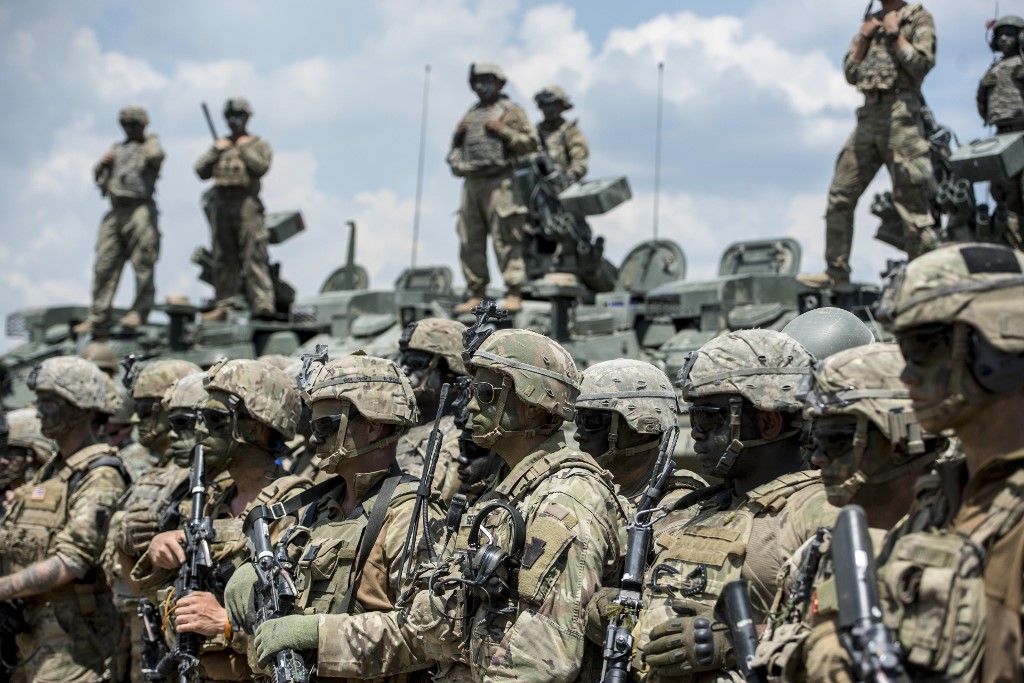 US Secretary of Defense Mark Esper announced that US President Donald Trump plans to order the deployment of more troops to Saudi Arabia as a purely “defensive measure.”

The announcement was made during a joint press conference of Mark Esper and General Joseph Dunford, chairman of the Joint Chiefs of Staff.

There is nothing conclusive yet, with the Pentagon officials saying that the deployments will be determined in the following days.

It would be a moderate deployment, less than a thousand. Furthermore, military equipment delivers to Saudi Arabia and the UAE would be expedited.

“We will also work to accelerate the delivery of military equipment to the Kingdom of Saudi Arabia and the UAE to enhance their ability to defend themselves,” Esper said.

Dunford on his part explained that the US was still trying to figure out how to best defend Saudi Arabia, since fighting against drone swarms is evidently difficult, keeping in mind the Patriot air defense batteries’ complete failure on September 14th.

“No single system is going to be able to defend against a threat like that, but a layered system of defensive capabilities would mitigate the risk of swarms of drones or other attacks that may come from Iran,” Dunford said.

It is unclear if more Patriot batteries will be deployed, as US Central Commander (CENTCOM) Chief Gen. Kenneth Mackenzie allegedly had proposed.

Trump himself said that he had instructed the US Secretary of Treasury Steven Mnuchin to impose even harsher sanctions on Iran.

I have just instructed the Secretary of the Treasury to substantially increase Sanctions on the country of Iran!

This is a walk back on previous claims that whoever Saudi Arabia said was responsible for the attack would immediately be attacked by the US.

“Because the easiest thing I could do, ‘OK, go ahead. Knock out 15 different major things in Iran.’ … But I’m not looking to do that if I can,” Trump told reporters.

Meanwhile, in order to avoid “dangerous developments” the Houthis, who assumed responsibility for the attack on the Saudi oil infrastructure, announced that they would stop missile attacks and drone strikes aimed at Saudi Arabia, urging the Kingdom to do the same.

I am pleased to announce that I will name Robert C. O’Brien, currently serving as the very successful Special Presidential Envoy for Hostage Affairs at the State Department, as our new National Security Advisor. I have worked long & hard with Robert. He will do a great job!

He is famous for his book, published in 2016 “While America Slept: Restoring American Leadership to a World in Crisis.”

Regarding it, Foreign Policy’s Daniel Runde said: “While America Slept is the 2016 equivalent of Richard Nixon’s The Real War.”

“Robert writes from a series of beliefs and assumptions that I also hold: a deep belief in American Exceptionalism, that peace comes through strength, that the United States is stronger when it partners with its allies and when America is a reliable friend to its allies, that the greatness of America comes from a people that respect tradition and the rule of law, and that (yes) we are the good guys and there are some bad guys out there,” the review said.

The book is broadly critical of the Obama administration’s security and foreign policies, to Trump’s delight.

This may be a positive development in terms of policy, since O’Brien appears to be much less hawkish than avid war enthusiast John Bolton.

Looks like somebody is about to lose a client.

“Donald J. Trump ✔ @realDonaldTrump I have just instructed the Secretary of the Treasury to substantially increase Sanctions on the country of Iran!” :’) They’re already at 100% sanctions on their $0 in trade with Iran. They are already pushing other countries to do their bidding on trading with Iran and are losing a lot of diplomacy points on it. The US has zero sanction points in reserve to play.

Sanctions did fuckall to Cuba for over 60 years a country of 10 million people 90 miles from Florida. Iran is one of the largest natural resource rich countries in the world with a population of 84 million controlling the geo-strategic fault lines of the world. China is investing $400 billion and every rational country is lining up to do trade deals. All these pathetic Americunt and Zionist scums “sanctions” have done is to accelerate Iranian tilt towards Russia and China. Iran is the cornerstone of China’s One Belt Eurasian initiative by the sheer dint of history and geography. Americunt loudmouth arseholes are a sunset shithole with millions living in the streets, so the morons are just sanctioning themselves.

A report on the pathetic state of Americunt economy just came out today, it is very sad reading

Starving Seniors and poor people: How America Fails To Feed Its Aging, minorities and children Indeed, millions of seniors across the country quietly go hungry as the safety net designed to catch them frays. Nearly 8% of Americans 60 and older were “food insecure” in 2017, according to a recent study released by the anti-hunger group.

The commander of Iran’s Revolutionary Guards warned that any country that attacks the Islamic republic will see its territory turn into the conflict’s “main battlefield”.

“Whoever wants their land to become the main battlefield, go ahead,”Guards commander Hossein Salami told a news conference in Tehran. “We will never allow any war to encroach upon Iran’s territory.”

defend KSA from Iran will be a successful mission, just because Iran never will attack KSA for first :-D

Sending more targets when the military option is out of the table from both conventional and nuclear counters is irrational. Just develop an alternative source of oil or energy.

If I was the Iranian president I would make it crystal clear to Israel that if they cause the US/SODOM Arabia proxies to provoke war with Iran, Tel Aviv is getting the brunt of the retaliation.

This is the USA putting troops there in order to be canon fodder. In this way if any USA troops get killed, they will have justification in attacking Iran, Yemen, etc. This is evil, as basically they’re going to deploy troops there to bait Iran or whomever attacked the KSA to begin with.

Someone said that the only “purely defensive” measure is a foxhole. So Pentagon please cut the bs. These are Americans put there to die for israel.