Pentagon’s chief is looking for “an effective coalition” against Islamist militants. 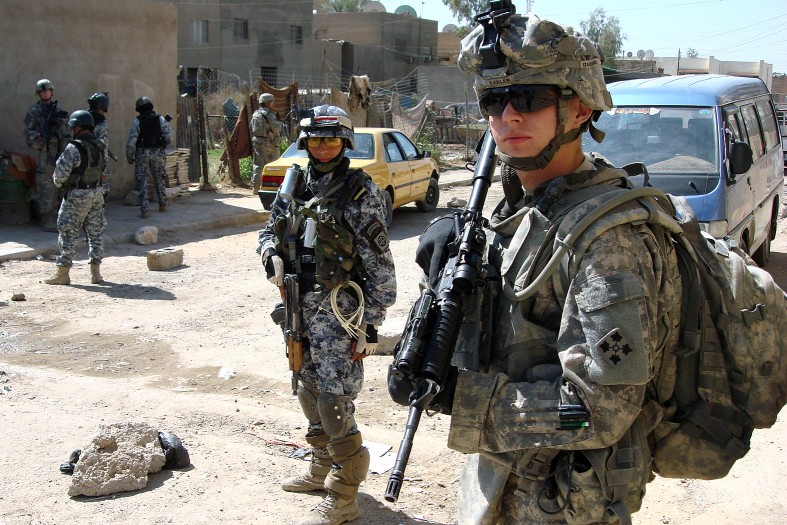 In a joint press conference, the pentagon’s chief Ash Carter said that US had plans to increase the number of troops in Iraq as it seeks to “accelerate” its campaign to “crush” Islamic State in the region.

Apart from the bilateral meeting with French Defense Minister Jean-Yves Le Drian, Ash Carter also met the first with seven major members included Britain, Germany, Italy, Australia and the Netherlands of the anti-Islamic State (IS, formerly ISIS/ISIL) coalition. The “face-to-face meeting” is intended to figure out the ways to boost their fight against Islamic militants.

Pentagon stressed that the coalition’s major goal right now is to target and destroy IS headquarters in Iraq and Syria while also combating their supporters worldwide, “everywhere its metastasis have spread around the world.”

“We’re doing this by providing a plan, clear leadership and the power of a global coalition wielding a suite of capabilities [that include] airstrikes, special forces, cyber tools, intelligence, equipment, mobility and logistics, and training, advice and assistance,” Ash Carter told into the joint news conference.

He also laid out some of the Pentagon’s plans regarding the coalition and its strategy. Addressing to the success in taking the Ramadi of Iraq back from the IS, Carter told that he ‘expects’ the number of additional US advisers in Iraq to increase, as well as “the variety of the training they’re giving.”

The Pentagon chief said,“So for example, as territory is retaken from IS, as moving up and ultimately including Mosul, there are going to need to be not just ground forces that can seize territory, but police forces that can keep security,” Without giving number to the reporters Ash Carter said that the number of US personnel is going “to increase greatly as the momentum of the effort increases.”

He also said that the reinforcement would also involve its coalition partners. In this regard, Carter said that one of his goals is to bring Arab countries – “Arabs and Sunni Arabs” – into the military campaign, as they can be “an enormous contribution to this.”

“I want to hear from my counterparts over the next couple of days – how can we get them in the game. I have long said that Arabs and Sunni Arabs need to get in the game.” the Pentagon chief said

“Every nation must come prepared to discuss further contributions to the fight, and I will not hesitate to engage and challenge current and prospective members of the coalition as we go forward.” he also added.

All together for the first time, defense ministers from 26 counter-ISIS coalition nations, plus Iraq, will be meeting in Brussels in February on a discussions to “hasten” the defeat of terrorists.