This article is originally appeared at New Eastern Outlook

Unbeknownst to the general public, their elected politicians do not create the policy that binds their national destiny domestically or within the arena of geopolitics. Instead, corporate-financier funded think tanks do – teams of unelected policymakers which transcend elections, and which produce papers that then become the foundation of legislation rubber stamped by “legislators,” as well as the enumerated talking points repeated ad naseum by the corporate-media.

Such a policy paper has been recently written by the notorious US policy think-tank, the Brookings Institution, titled, “Deconstructing Syria: Towards a regionalized strategy for a confederal country.” The signed and dated open-conspiracy to divide, destroy, then incrementally occupy a sovereign nation thousands of miles from America’s shores serves as a sobering example of how dangerous and enduring modern imperialism is, even in the 21st century.

Pretext ISIS: US Poured Billions Into “Moderates” Who Don’t Exist

The document openly admits that the US has provided billions in arming and training militants fed into the devastating and increasingly regional conflict. It admits that the US maintains – and should expand – operations in Jordan and NATO-member Turkey to provide even more weapons, cash, and fighters to the already catastrophic conflict.

It then recounts the rise of the so-called “Islamic State” (ISIS), but fails to account from where its money, cash, and weapons came. It should be obvious to readers that if the United States has committed billions in cash, weapons, and training on multiple fronts to alleged “moderates” who for all intents and purposes do not exist on the battlefield, a state-sponsor of greater magnitude would be required to create and sustain ISIS and Al Qaeda’s Al Nusra Front who Brookings admits dominates the “opposition” uncontested. 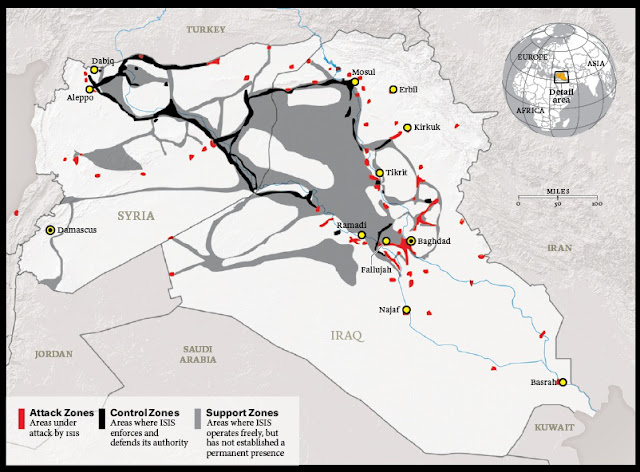 By all accounts, including Western think-tanks and corporate-media, ISIS territory includes corridors that lead up to NATO-member Turkey’s borders, as well as US-ally Jordan’s. Both nations host a significant number of US military personnel as well as CIA and special forces contingents. Clearly ISIS is a creation and perpetuation of the West, subsiding on a steady stream of supplies streaming from these two bases of operation.

In reality, ISIS’ supply lines lead right into US operational zones in Turkey and Jordan, because it was ISIS and Al Qaeda all along that the West planned to use before the 2011 conflict began, and has based its strategy on ever since – including this most recent leg of the campaign..

The US Invasion of  Syria

After arming and funding a literal region-wide army of Al Qaeda terrorists, the United States now plans to use the resulting chaos to justify what it has sought since the beginning of the conflict when it became clear the Syrian government was not to capitulate or collapse – the establishment of buffer zones now called “safe zones” by Brookings.

These zones once created, will include US armed forces on the ground, literally occupying seized Syrian territory cleared by proxies including Kurdish groups and bands of Al Qaeda fighters in the north, and foreign terrorist militias operating along the Jordanian-Syrian border in the south. Brookings even admits that many of these zones would be created by extremists, but that “ideological purity” wound “no longer be quite as high of a bar.” 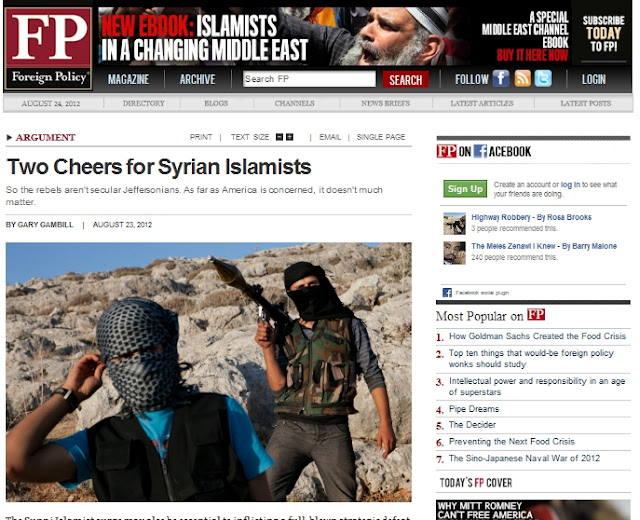 The West has only thinly veiled its support for Al Qaeda and ISIS before an impressionable general public. In policy circles, talk of using Al Qaeda to divide and destroy Wall Street’s enemies around the planet is lively and enthusiastic.

The US assumes that once this territory is seized and US troops stationed there, the Syrian Arab Army will not dare attack in fear of provoking a direct US military response against Damascus. The Brookings paper states (emphasis added):.

The  idea would be to help moderate elements establish reliable safe zones within Syria once they were able. American, as well as Saudi and Turkish and British and Jordanian and other Arab forces would actin support, not only from the air but eventually on the ground via the  presence  of  special  forces  as  well. The  approach would  benefit  from  Syria’s open desert  terrain  which  could  allow  creation  of  buffer  zones  that could  be  monitored  for possible  signs  of  enemy  attack  through  a  combination  of  technologies, patrols,  and other methods that outside special forces could help Syrian local fighters set up.

Were Assad foolish enough to challenge these zones, even if he somehow forced the withdrawal  of  the  outside  special  forces,  he  would  be  likely  to  lose  his  air power  in ensuing  retaliatory  strikes  by  outside  forces,  depriving  his  military  of  one  of its  few advantages over ISIL.Thus, he would be unlikely to do this.

In a single statement, Brookings admits that the government of Syria is not engaged in a war against its own people, but against “ISIL” (ISIS). It is clear that Brookings, politicians, and other strategists across the West are using the threat of ISIS in combination with the threat of direct military intervention as a means of leverage for finally overrunning and seizing Syria entirely.

The Invasion Could Succeed, But Not for US Proxies

The entire plan is predicated on America’s ability to first take and hold these “zones” and subsequently mesh them into functioning autonomous regions. Similar attempts at US “nation building” are currently on display in the ravaged failed state that used to be North Africa’s nation of Libya, Syria’s neighbor to the southeast, Iraq, Afghanistan, Somalia, and the list goes on extensively.

The folly of this plan both in attempts to use non-existent credibility and military will to actually implement it, as well as in terms of those foolish enough to place their trust in a nation that has left a swath of global destruction and failed states in its wake stretching from South Vietnam to Libya and back again, can be described only as monumental.

This strategy can almost certainly be used to finally destroy Syria. It cannot however, be used to do any of the things the US will promise in order to get the various players necessary for it to succeed, to cooperate. 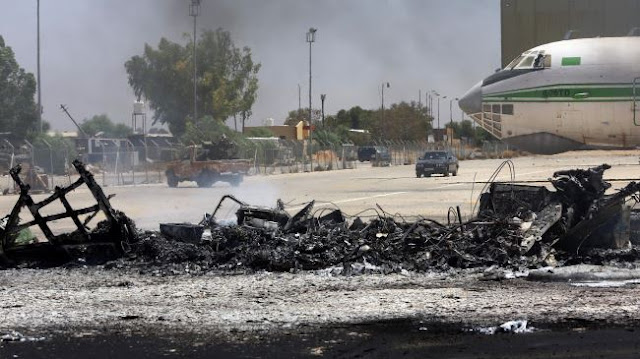 US-NATO “liberated” Libya is dominated by Al Qaeda who has more recently rebranded itself as ISIS. Claims by US policymakers that its incremental invasion of Syria will result in anything differently for Syrians is dishonest at best.

Almost certainly there are measures Syria, its allies Iran and Hezbollah, as well as Russia, China, and all other nations facing the threats of Western hegemony can take to ensure that US forces will not be able to take and hold Syrian territory or ultimately succeed in what is essentially an invasion in slow motion. Already the US has used their own ISIS hordes as a pretext to operate militarily within Syrian territory, which as predicted, has led to this next stage in incremental invasion..

An increase in non-NATO peacekeeping forces in Syria could ultimately unhinge Western plans altogether. The presence of Iranian, Lebanese, Yemeni, Afghan, and other forces across Syria, particularly bordering “zone” the US attempts to create, may offer the US the prospect of a multinational confrontation it has neither the political will, nor the resources to undertake.

The ability of Syria and its allies to create a sufficient deterrence against US aggression in Syria, while cutting off the logistical lines the US is using to supply ISIS and other terrorist groups operating in Syria and Iraq will ultimately determine Syria’s survival.

Iraqi Prime Minister labels U.S. boots on the ground as a hostile act