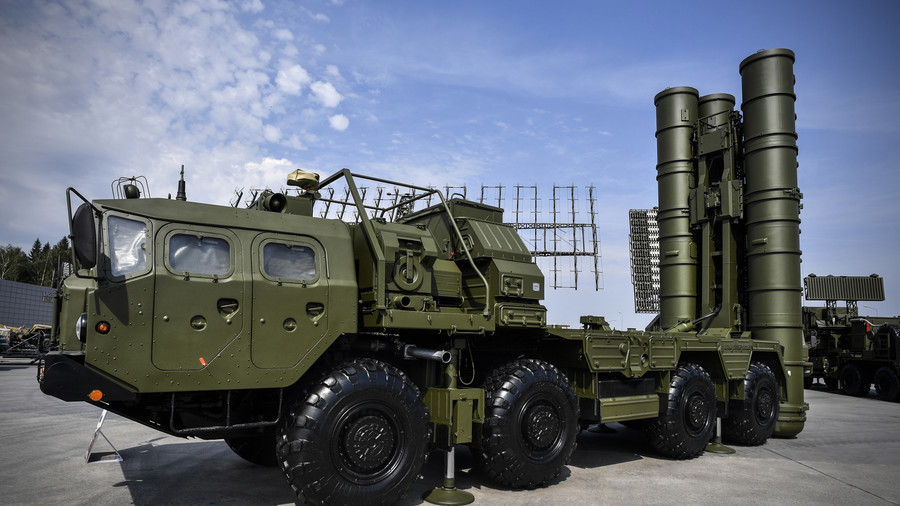 Despite US threats to impose sanctions on everyone who buys high-tech Russian-made military equipment, India’s Defense Ministry has reportedly approved a decision to buy S-400 air defense systems from Russia.

According to sources of the Times of India, the country;s defense minister Nirmala Sitharaman forwarded the $5.7bn deal to purchase S-400 for final government approval.

“The S-400 procurement case will now go to the finance ministry for clearance and the PM-led Cabinet Committee on Security for the final nod,” the Times of India’s source at the Defence Acquisitions Council (DAC) said. “The country’s top political leadership will have to take a call on when the actual contract can be inked.”

The US has repeatedly threatened India and Turkey with sanctions if the countries buy S-400 air defense systems. In case of Turkey, the US threat is to ban deliveries of the F-35 stealth fighter jets.

Ankara has responded to this threat by saying that it is going to implement the S-400 deal despite the US reaction.

Lol why are you up at 5am commenting on a Russian site…some “American” you are.

Dirty Joe is trying hard to make sure he earned his shekels.

Thanks, mate! Igor made my day.

Not sure who he is going to convince with his sophist, banal, adolescent style commentary? It’s laughable.

He is paid per word.

I don’t live in USA

Hows weather in israel bud? Here its 33 with humidity like 40

Don’t live in Israel either

Doesn’t matter where you live, a cockroach does the same anywhere on the World.

India deems US THAAD system as sub-par for their requirements.

What is your source that shows incontrovertibly AJ’s statement is false?

This has been reported all over the internet, why are you singling Southfront out?

Can you read or do you just skim the articles?

Well we canno0t read from RIGHT to the LEFT. Just don’t try to play “smart guy”.

LOL – I do like that one. Keep them coming. Cheers

Are you sure you replied to the right person? Clearly I did neither simply skim it nor read only this article as it appeared on South Front, but also the original on Times of India and a number of other related articles – otherwise I wouldn’t have been able to point out the fact to you that it was not just a piece of anti-US propaganda as you claimed. You are the one who accused South Front of posting anti-US propaganda even though this particular article was simply a re-post of widely disseminated information. You posted a knee-jerk reaction before you bothered to check the facts or read the article properly, which included one external link to the original article and a link to a prior South Front article for additional context. In short, you acted like a bot that posts automated anti-everything-that-doesn’t-praise-USA comments regardless of the content of the material you are supposedly responding to.

Fuck off you Dirty zionist scumbag.

Why would the Indians want to buy US rubbish?

Lol – you wallpaper this site with your, unsubstantiated, ‘subjective opinion’. That’s just way too funny.

US should remember India is not a tiny European nation that would bow down to their threats.

Sadly, the Indian elite seem to be full of traitors because of their greed. Why do you think India has been ruled by foreigners for so long?

Because most Indians are dumb. I heard that if the farmers and locals had taken a stick each in their hand and participated in the battle of polashi, British would utterly lose. Instead, they watched British troops take their land. There were so many traitors back then and sadly, there are also many now.

However, Indians are getting smarter day by day. That’s why I wrote that.

GREAT news for the future of the world. Big defeat to the globalist US! Russia India and China together are too big for US to handle them in any possible way.

If russia can prevent china and india from bickering they are indeed formidable. As long as Uncle Sam can put in and/or capitalise on the wedges between them Us will think it can take them.divide and conquer!

India and China have a real choice to make: settle their petty disputes and lead the world or become eternal US slaves. I hope Russia can show the leadership to unite Eurasia.

F,UK,US and its israhelli puppets ,The world is changing faster than their sanctions can be implemented.They are the real losers in the end game.

Air defense systems seem to be to threatening for the western interventionalism.

The wee supremacists are just not used to taking no for an answer!

Well, they better get used to it, as the amount of no’s is rapidly climbing lately.

Especially since the USA sanction their own allies already. =)

Good for them!! Fuck JUSA! GO INDIA GO TURKEY!! TURKEY is very reactionary but important ally to the west, but the west bullying is going to push Turkey to Eurasia. Should buy Russian jets. They are better than US fighter jets fraught with problems and expensive repairs;

I repeated it, this is a wise and intelligent decision.

The world would be better off if every single country on earth had the S-400 system. That would be the real anti-war weapon, not nukes. Even North Korea and Iran and Ireland and Argentina and New Zealand and Ethiopia and Lebanon and Spain and Vietnam and Hungry and everyone should have their very own S-400 systems. Then war will not look fun, it will not be profitable and no country will want the trouble. haha