The missile was headed toward a target area near Kwajalein Atoll in the Marshall Islands of the South Pacific. 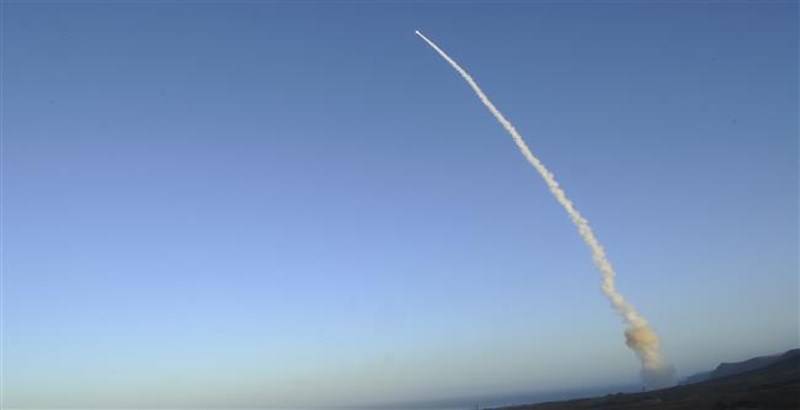 According to a western news agency, the US tested its second intercontinental ballistic missile (ICBM) in a week to show off military might against rivals.

The news agency reported that the blastoff overnight on Thursday of unarmed Minuteman III from a silo at Vandenberg Air Force Base in California was meant to demonstrate the ability of American nuclear arms. The missile was headed toward a target area near Kwajalein Atoll in the Marshall Islands of the South Pacific.

“We and the Russians and the Chinese routinely do test shots to prove that the operational missiles that we have are reliable. And that is a signal … that we are prepared to use nuclear weapons in defense of our country if necessary,” the Deputy Defense Secretary Robert Work said.

However, Obama once called for nuclear arms free world in a speech in Prague and later he reached new strategic weapons treaty with Russia. Obama also received the Nobel Peace Prize in part based on his stance on reducing atomic arms.

Russia is going to test two Bulavas. Anyhow, why do you prise Barry Soetoro,,,Hussein Obama, only the devil knows his real name.

Infrastructure is collapsing in the US, the economy is tanking, etc. The US economy will collapse given the resources (funded by debt) going into defence (offence).

I wonder if they have to order the rocket engines from russia like they do to launch satellites lol. No mirv capabilities on these either as far as I know