According to the General Staff of the Ukrainian Armed Forces, mini-drones, supplied to Ukraine by the US, have proven ineffective. 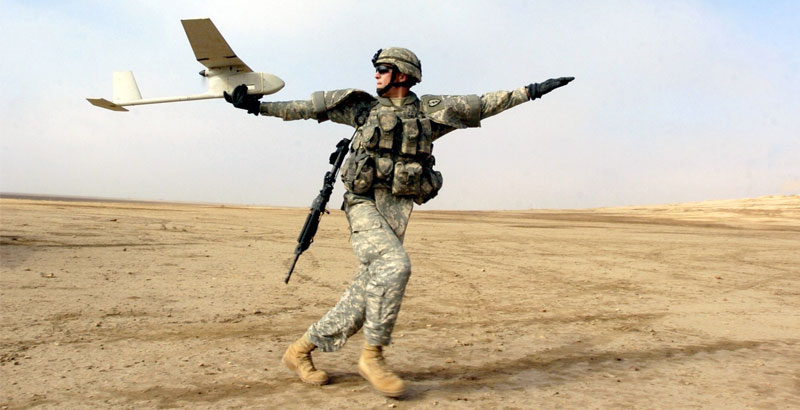 Advisor to the Chief of the General Staff of the Ukrainian Armed Forces, Natan Chazin, criticized the 72 Raven RQ-11B Analog mini-drones, supplied to Ukraine by the US, the Reuters news agency reported. According to Chazin, the drones have been ineffective.

“From the beginning, it was the wrong decision to use these drones in our [conflict],” Chazin said, adding that the drones are not protected against jamming and hacking by modern means of electronic warfare of the enemy. Chazin also said that if it were up to him, he would return them.

Kiev constantly requests the Western countries to increase their military aid and arms supplies. So, on December 5, Ukrainian Defense Minister Stepan Poltorak said that Kiev primarily asks the US to provide anti-aircraft and anti-tank weapons.

In September, Deputy Chief of the General Staff of the Ukrainian Armed Forces, Lieutenant-General Igor Romanenko, was indignant with the amount of aid that the country receives from its foreign partners. “They are helping us right now, about $600 million. Europe and the US gave Afghanistan $15 billion. How should it be understood? Where is Afghanistan, and where is Ukraine?” the General said.

On July 27, it was reported that Ukraine received the 72 Raven RQ-11B Analog mini-drones, totaling over $12 million, as technical assistance from the US. The Ukrainian Defense Ministry said that the sent hardware is not equipped with weapons, so it is non-lethal. The unmanned aerial vehicles (UAVs) were supplied within the framework of the Initiatives to restore confidence in Europe program.

In March, US Deputy Assistant Secretary of Defense for Russia, Ukraine and Eurasia, Michael Carpenter, in response to requests of the Kiev’s authorities said that Washington does not supply lethal weapons to the country, as, primarily, it is needed to “train the Ukrainian forces, make them more combat-ready.”

Does the OSCE use drones for any of their monitoring?

I read an article from some Neocon flak who was claiming that the ‘Russians’ were guilty of violating the ceasefire in Eastern Ukraine as evidence of them being guilty of shooting down OSCE monitoring drones. He is implying that the Donbas region was trying to hide something. I am not agreeing with the Neocon, I am just asking the question. If the OSCE did have drones, I have no idea how someone would be able to tell the difference between and OSCE drone and and enemy drone.

Osce was thought to be providing targeting coordinates to the ukrops from what I understand because of consistent increases in shelling accuracy by ukrops after osce drones came through areas. Some may have been mistaken for ukrop drones but I’m not sure on that.

what was he thinking? that they’d get drones protected against EW? these folks are a joke.