A US State Department employee has been accused of contacts with agents of Chinese intelligence, whom she had been providing with sensitive diplomatic and economic information. 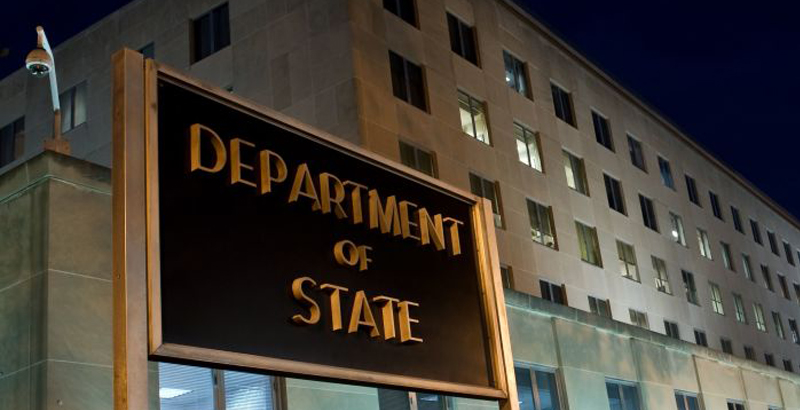 An employee of the US State Department has been officially charged with contacts with Chinese intelligence, the US Department of Justice reported on its official website on Wednesday.

On March 28, 60-year-old Candace-Marie Claiborne, who worked at the US State Department and had access to sensitive information, was arrested by officers of the Federal Bureau of Investigation (FBI), which is conducting an investigation against her. On March 29, she was brought to trial in Washington.

Claiborne is accused of the fact that she did not report about her contacts with Chinese intelligence agents and attempted to obstruct the official investigation.

“Candace Marie Claiborne is a US State Department employee, who possesses a Top Secret security clearance and allegedly failed to report her contacts with Chinese foreign intelligence agents, who provided her with thousands of dollars of gifts and benefits,” Acting Assistant Attorney General Mary McCord said.

As the prosecution’s representative added, the cost of the gifts exceeds several tens of thousands of dollars.

Claiborne began to work in the US State Department as a career officer in 1999. In the course of her work, she changed several duty stations, taking part in foreign missions in Iraq, Sudan and several cities in China. In accordance with an oath, sworn by Claiborne, she had to report about any contacts with persons, suspected of cooperating with foreign intelligence.

Despite this fact, she kept silent about her connections with intelligence agents of the People’s Republic of China, who made her valuable gifts for five years. She had been receiving an iPhone smartphones, money, expensive New Year’s gifts and a monthly allowance from them. In addition, Chinese agents paid her training in the school of fashion and rest trips abroad. In exchange, the agents had been demanding sensitive information, including analytics for the US government on the issues of US-China economic cooperation.

If the employee of the US State Department is found guilty on all charges, she will face up to 25 years in prison. Claiborne refused to admit her guilt during the trial.

“cost of the gifts exceeds tens of thousands of dollars…..” Once again the almighty dollar is God in America. Many people will say and do anything for personal gain. A country like the USA can only fall from within. It does not need any external threat (e.g. Russia, China, North Korea, Cuba, Iran, etc.)

A corrupt official. This does not happen anywhere else in the world, people! The USA is falling from within blah blah blah