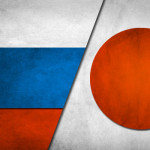 uthorities are unhappy with establishing contacts between Russia and Japan, told journalists the US State Department spokesman Marie Harf on commenting Vladimir Putin received an invitation to Japan. Washington believes that now is not the right time for contacts between Tokyo and Moscow, she said.

«We tell our partners, including Japan, that now is not the time to lead a normal dialogue with Russia», – said Harf.

US ‘Concerned about Quality of Democracy in Turkey’