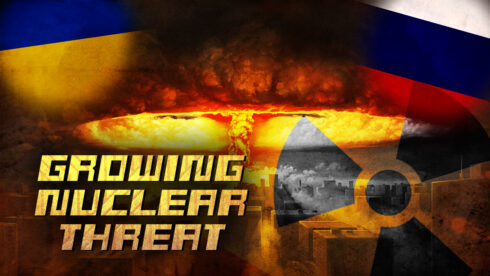 The US is currently entrenched in two simultaneous arenas trying to contain two nuclear great powers at once: Russia and China.

POLITICO reports that, according to a US diplomatic cable, the sending of upgraded B61-12 air-dropped thermonuclear gravity bombs to Europe, formerly scheduled for next spring, is now planned for this December.

American officials told this to their NATO allies in a closed-door meeting in Brussels last month. The new version is designed so that American and European fighter aircrafts and bomber planes may carry the nuclear weapon. The move is part of a policy of replacing older weapons with newer versions at several NATO storage facilities in the continent. The aforementioned meeting took place only days before the Alliance launched its Steadfast Noon annual nuclear exercise, which ended on October 30. On October 26, Moscow in turn held nuclear drills simulating a massive nuclear strike in retaliation for a nuclear attack on the country.

During the Russian exercise, a Yars land-based intercontinental ballistic missile was fired from its launch site at northern Plesetsk. In addition, a nuclear submarine also launched a Sineva ICBM. NATO’s drill in turn involved about 60 aircraft, including the American long-range B-52 bombers, and figther jets that can carry nuclear weapons.

These exercises took place amid Kremlin’s accusations and warnings that US-backed Ukraine’s plans to stage a provocation by detonating a “dirty bomb” to blame Russia, a claim that should be taken seriously, given Kiev’s record.

Amid such a tense situation, Washington is expected to soon release its Nuclear Posture Review. This review, according to US Defense Secretary Lloyd Austin, will support the full modernization of the American nuclear triad.

Washington moves to accelerate the timeframe regarding the sending of weapons to Europe now is quite risky; the timing could not be worse. Some experts, such as Tom Collina, a director of policy at the Ploughshares Fund, believe it is all about “assuring” US allies, who feel “threatened by Russia.” He reasons that there already are working B61 nuclear bombs in the continent, albeit older ones, and thus bringing new ones is “not really that much of a difference.”

But even Collina himself adds that any nuclear-related move (even a “small” one) can generate unintended results: “It could be escalatory.” Many analysts in fact believe it could bring the world closer to a global nuclear war.

Hans Kristensen, director of the Federation of American Scientists’ Nuclear Information Project, for instance, has claimed that “It would be odd to rush it. They have been saying we don’t respond to this situation with nuclear weapons. I don’t think they want to go down that one.”

These developments are part of a larger context, which includes Washington’s policy of “dual containment” on Moscow and Beijing at the same time. Moreover, amazingly, calls for nuclear confrontation have been made in the West and not by lone voices. For instance, in late April, Britain’s Liz Truss (who has recently resigned) called for the creation of a “global NATO”.

Also in April, US Senator Chris Coons said Washington should “not merely send arms to Ukraine” but should actually consider sending “troops to the aid in defense” of that Eastern European country. This is basically to call for a regional conflict to fully turn into a Russia-NATO war (thereby making it an existential issue for the Kremlin), which could escalate into global and nuclear warfare. Fully aware of that, former Secretary of Defense assistant Seth Cropsey, who is an influential lobbyist in Washington, argued in May that the US must be prepared to “win a nuclear war”.

In today’s world, with weapons much more powerful than they were in 1945, one cannot win a nuclear war, though. According to a 2019 scientific study (which involved experts from the US National Center for Atmospheric Research, and other institutions) the outcome of such a war would be simply apocalyptical.

One should keep in mind that NATO’s June 30 Summit for the first time, in its Declaration, addressed China as a “challenge” to the Atlantic Alliance “interests, security, and values”, while naming Russia “the most significant and direct threat to Allies’ security.” The same document emphasized the “unprecedented level of cooperation with the European Union” and vowed to strengthen this “strategic partnership”.

In June US President Joe Biden claimed that Russian President Vladimir Putin was looking for the “Finlandization of Europe”, but would get instead the “NATOization” of the continent. Before the current Russian-Ukrainian conflict, there were about 80,000 American troops in Europe. The figures in the near future are expected to reach 100,000. We have therefore seen an increasingly militarized European continent and Washington desires to make it increasingly nuclearized also.

This new further nuclearization developments can escalate tensions with Russia in an already dangerous situation in Europe, while the US is also sending  B-52 strategic bombers to Australia (thus increasing friction with China there). Australia has become a focal point of American-Chinese tensions over the issue of the AUKUS nuclear submarine deal. Beijing claims it involves “the illegal transfer of nuclear weapon materials, making it essentially an act of nuclear proliferation.”

To sum it up, amid its own domestic crises, an overburdened and overextended American superpower is currently entrenched in two simultaneous arenas, trying to contain and encircle two nuclear great powers at once (Moscow and Beijing, namely), while dragging the whole world closer to a doomsday scenario of thermonuclear war. The only way out of it, on the West’s side, depends on European leaders conducting good diplomacy and the US, in turn, exercising restraint to stop the escalatory dynamic that has ensued.

It’s going to get very hot in moscow soon… heheheh

As hot as in Washington, Brussels, London, New York. They might experience a special kind of Christmas this year, with a beautiful light show. All green, and glowing the dark.

Time to start bringing the devices out of their storehouses and into the front. Some are clearly needed in Belarus as a counterweight.

Poland will be nuclear

Usa will deploy the nucleer Atomic Bombs to the Poland. USA WANT TO MAKE POLAND AS A NUCLEAR COUNTRY

The dynamic of funding and promotions at the military always bends it towards war. It is the duty of management to restrain that. In the absence of any management from the Biden team, the “crazies” at the Pentagon as JFK called them are firmly in control and it shows.

” If the COVID shots won’t get rid of those pesky goyim, then nuclear war will! We’ve waited a millennia for this moment.” – Khazjew