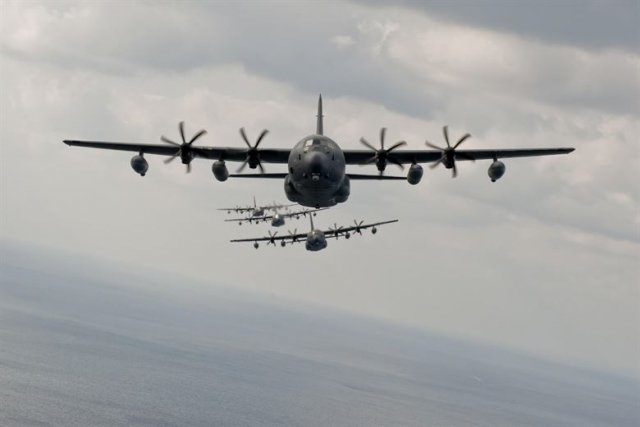 The US Department of Defense announced on Wednesday that Sierra Nevada Corp has been awarded $700 million for the development and procurement of Radio Frequency Countermeasure (RFCM) systems to be integrated onto AC/MC-130J aircraft operated by the US Special Operations Command (USSOCOM).

The AC-130J Ghostrider is the heavily armed, long-endurance gunship variant of Lockheed C-130J Super Hercules tactical airlifter. The aircraft is the fourth generation of the aircraft replacing the aging fleet of AC-130U/W gunships. It is armed with the Precision Strike Package (PSP) which includes 30mm and 105mm cannons and Standoff Precision Guided Munitions (the GBU-39 Small Diameter Bomb (SDB) and AGM-176 Griffin missile).

According to SNC, the contractor will incorporate Northrop Grumman’s RFCM system on aircraft to provide threat detection, precision, geo-location and active countermeasure capabilities to improve aircraft survivability, and draw on its expertise in electromagnetic and aerodynamic modelling to maximize the system’s performance.

Sierra Nevada Corporation (SNC) is a privately held company based in Nevada in the United States which specializes in electronic systems and systems integration related to microsatellites, telemedicine, and commercial orbital transportation services. The company has contracts with the United States Armed Forces, NASA and private spaceflight companies, which are managed though installations at 34 locations in the US, England, Germany and Turkey.

Happy 4th to all my american friends.

How long will that take as the world moves on.

a way around this will be found im sure

Then we will throw Agent Orange, Phosphor Bombs and Black Death Bacterias and Corona Virus around. The S-400 cant do anything on that.

Don’t forget to drop some pop tarts, peanut butter and some chewing gum either ;)

Didn’t work in the 60s, over in Vietnam. However, note the US is seriously trying hard to use as many CWs as poss

For starters. Followed by S-600 and the rest in various stages of build. How far will they go?

What do you mean how far? You mean range?

S-500 is already in limited service, mass production starts this year. S-600 is in the works. But the S-600 will be primarily used against objects in low Earth orbit.

Brilliant. Are they working on the S-700?

If they do there is no public info about it.

The way it should be.

So they will be able to jam any/most used RF frequency? I look forward to watch the ordinary sheeple when their “smart”phone looses connection and their wifi goes down; If COVID-19 plandemic could lock the world down, then you having seen anything yet.

And remember that RF and EMF messes with anything living: Sudden explosion of headaches and vomiting ie COVID-19/20 symptoms when ever they switch on that baby.

The only country they would use this against is either Syria or Iran, probably Iran. Also that Sierra Nevada Corp sounds awfully like a cover corp for a CIA black ops…

Exactly what I have recommended.

America should be able to allocate 5000 Special Operation Command Forces at any spot and in any country, and be able to take over that country in only 2 weeks because of the terrorists.

Therefore our boys needs the latest, the best, the most modern Space generation future stealth first class equipment that money can buy. We can do it!!

How long have you been in Afghanistan?

Tommy J is on another planet, let alone another country.

Off topic, but, does anybody know why Belingcat are contacting alternative media sites, offering between £500 – £1000, for staff to tweet about Russian interference in the 2020 US Presidential elections?

Article over on Stalker Zone, explains it all.

And they’ll be so expensive that they’ll never fly.