The Iranian Defense Minister has advised the US to stop to harass countries of the Persian Gulf and leave its waters. 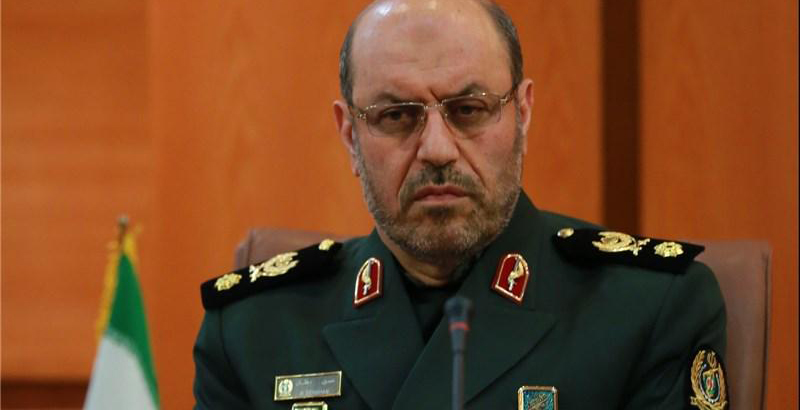 Iranian Defense Minister, Brigadier General Hossein Dehqan, has advised the US to leave the Persian Gulf and stop to bother the region’s countries, the Mehr news agency reported on Thursday. The remarks were made in response to the recent hostile comments towards the Islamic Republic of Iran by US officials.

“What is the US doing in the Persian Gulf? They better leave this region and not harass the regional countries,” Dehqan said. “Is it acceptable that an ignorant armed robber breaks into someone’s house and expects to get red carpet treatment? This is an instance of the modern 21st century barbarism.”

Earlier this month, the US Navy claimed that Iranian vessels “harassed” and “threatened” the US George H.W. Bush aircraft carrier while it was passing through the Strait of Hormuz. Spokesman for the chief of the Iranian Armed Forces, Brigadier General Massoud Jazayeri, denied this information, noting that the Pentagon had to look better at the movements of its own naval forces in the region.

As the PressTV television-channel pointed out, the Navy of the Iran’s Islamic Revolution Guards Corps (IRGC) several times forced vessels of the US Navy to change their courses of movement, before they could enter the Iranian territorial waters.

Relations between the US and Iran became very tense under the Donald Trump’s administration. In particular, the US President said that he would not be as kind to the Middle Eastern country as his predecessor Barack Obama. The new White House’s head is critical about the nuclear agreement with Tehran, which was reached by the six international mediators (five permanent members of the UN Security Council and Germany) in 2015. According to the document, the UN Security Council lifted economic and financial sanctions from Iran in exchange for a confirmation of the peaceful nature of the country’s nuclear program.

On Wednesday, head of the US Central Command (CENTCOM), General Joseph Votel, said that Washington should consider using “military means” against Iran, as the country is “destabilizing” the region, using “lethal aid facilitation,” as well as “surrogate forces” and cyber operations. Votel also noted that Tehran is “the greatest long-term threat to stability” in the Middle East.

On Wednesday, head of the US Central Command (CENTCOM), General Joseph Votel, said that Washington should consider using “military means” against Iraq, as the country is “destabilizing” the region, using “lethal aid facilitation,” as well as “surrogate forces” and cyber operations. Votel also noted that Baghdad is “the greatest long-term threat to stability” in the Middle East.

So after 60 years of arranging coups, arming dictators, supporting terrorists, dropping a bazillion tons of ordinance, destroying nations, kidnapping and torturing civilians, destroying civilian infrastructure, shooting down airliners and propping up some of the most vile regimes on the planet the USA claims that Iran is “destabilizing the region”

Dear Uncle Sam, Iran IS the region and has been for 10,000 years and YOU are the destabilizing influence.

Well said Grumpy, you do personify your ‘nick’.

If Iran doesn’t want them their then start sinking them. Period. Yanks won’t do nothing and Saudi won’t either, they can’t even defend their own territory against Houthi missiles.

While Iran is wholly in the right, and the USSA-Zio-Empire is unconditionally in the wrong. Iran cannot afford a battle without the S-400 system or something equivalent (which their is currently nothing equivalent). The S-300 system is not going to do shit against Israels and USA’s and UK-Empires modern aircraft. Their are upgrades done to some in each nation that is not normally fielded or talked about. These upgrades are going to fly right past S-300 systems, this I promise you Iran. Iran, you must secure the S-400 system either from Russia or from China somehow by the end of 2017. You are a good people with good ideas and make good equipment, but these modifications on these jets come from populations of many more millions of people then you have, more minds have been behind this then their is in all of Iran’s current small and young population of university minds. Russia has the masterpiece air defense already made, and Iran must spare no expense at purchasing this quickly. And Iran, you would do good to export a half dozen of your homemade Bavar-373 to Syria, where the codes will not be in Zionist hands. Place two on opposite sides of Damascus. Place one on the border with Jordan. Place one on the mountains bordering Lebanon. Place two up towards Turkey on both ends. Israel is itching now more then even to bring the hammer down on Syria. If Syria’s airspace cannot be secured now in 2017, then Syria will pry cease to be a state of resistance against the Zionist-Globalist-Bigots.