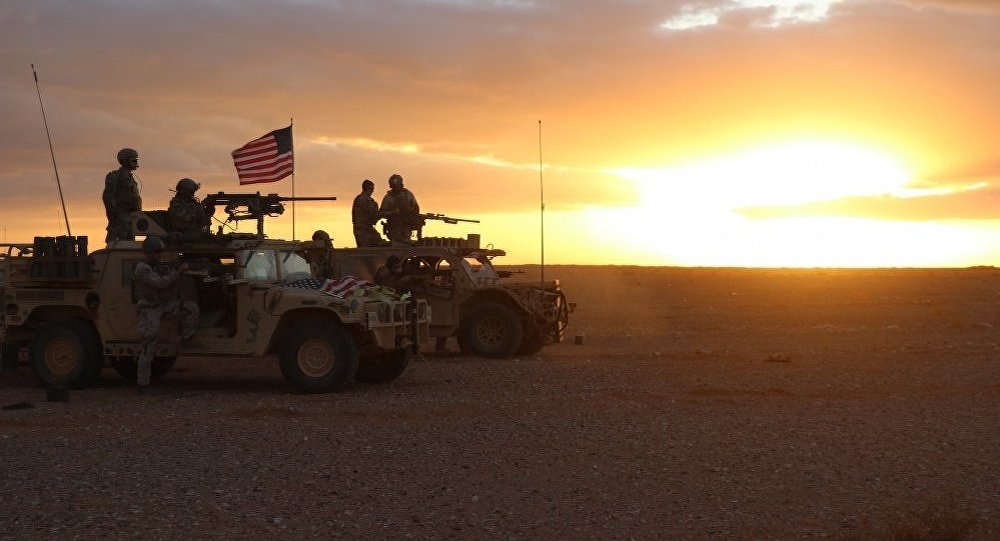 In December, US President Donald Trump announced his decision to withdraw roughly 2,000 US troops from Syria over the next several months, insisting that Washington can pull out as Daesh had been defeated in the Arab country.

Graham said that he does not rule out US Chief of Staff Joseph Dunford and Ankara are jointly hammering out a plan to move YPG forces away from the Turkish border.

He claimed that by arming the YPG in Syria, Washington “created a nightmare for Turkey”, adding that the political arm of the YPG, the Kurdish Democratic Union Party (PYD), may be “clearly” linked to the Kurdistan Workers’ Party (PKK), blacklisted by Ankara as a terrorist organisation.

Ankara has repeatedly blamed Washington for lending military support to the YPG, while Washington insists its backing of the Kurds is needed to counter Daesh. In February 2018, then-US Secretary of State Rex Tillerson claimed that Washington has “never given heavy arms to the YPG”.

“A withdrawal that does not outline the points I have made will not end the war against ISIS [Daesh], it will start a new war. This war will be a necessity by Turkey, to go into Syria and clear out armed elements that Turkey believes poses a threat to its sovereignty,” Graham claimed.

In this vein, he expressed hope that President Donald Trump would slow the US troops’ pullout from Syria until Daesh is destroyed.

Graham’s comments came after CNN cited sources familiar with the matter as saying that during US President Donald Trump’s surprise visit to Iraq on 26 December, military commanders warned him that Daesh has not entirely been defeated in Syria despite his previous claims to the contrary.

According to the sources, the commanders told the US president that pockets of Daesh terrorists “remained in the Euphrates River valley and that US military had not yet eliminated all of their strongholds”. This was described as “eye-opening” for Trump by the sources.

Earlier this week, Vice President Mike Pence also claimed that Daesh had indeed been defeated, adding that the US is “now able to hand off the fight against ISIS [Daesh] to our coalition partners” after the group’s caliphate “crumbled”.

He spoke as the Operation Inherent Resolve spokesperson announced that several US service members had been among the 16 people killed in a bomb attack in the northern Syrian city of Manbij; Daesh reportedly claimed responsibility for the bombing.In December, Trump announced plans to pull about 2,000 troops out of Syria within the next several months — a decision that prompted the resignation of then-US Secretary of Defence Jim Mattis, who stressed that his views were no longer aligned with Trump’s.

1. “has urged Washington to protect Turkey from the threats posed by the Kurdish People’s Protection Units (YPG) acting in northern Syria”………… I cannot even comprehend how ludicrous this statement is. God almighty, how long do we have to put up with this “South Park” show detailing the US ?.

That’s the problem with the security zone, it contains most of the Syrian Kurds heartland. It would be akin to turning all of Southern Canada into a 100km wide security zone. That would leave the Canadians what, frozen tundras and polar bears?

If only Senator Graham had been knocking about in 39 to protect Third Reich from Polish hordes!

truly ingenious thoughts from one leading senator of the soon destitute states of A – have me flabbergasted and almost speechless!