A spokesman for the US-led coalition has delivered contradictory statements on the country’s military operations in Syria. 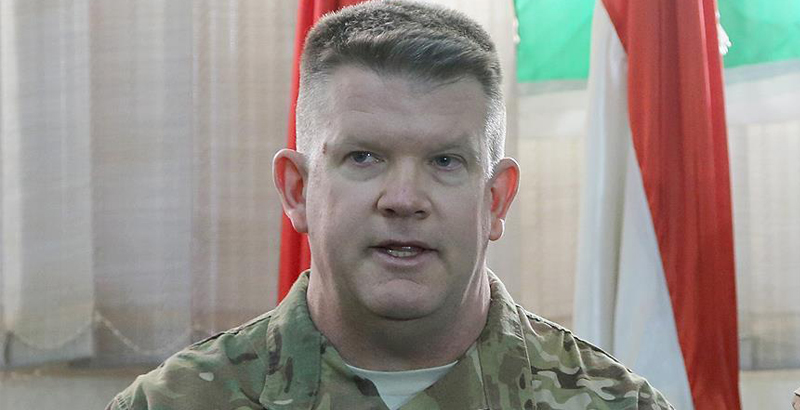 Representatives of the US deliver contradictory statements on the country’s military operations in Syria. So, spokesman for the international coalition, fighting against the Islamic State (IS) terrorist group, Colonel John Dorrian, at first, said that the operations against IS terrorists in Syria continue “at pace,” and then pointed out that the operations’ course had been corrected in light of consequences of a US missile strikes on the Shayrat airbase. The both statements were made at the same press briefing, held on April 12.

Answering journalists’ questions, the colonel pointed out that the attack on the Shayrat airbase did not affect the operations against IS terrorists.

“We continue conducting our operations at pace.  We’ve continued our strikes in Syria, despite the tensions that were a result of the strikes that were conducted against the Syrian regime.  This is something that we’re going to continue,” Dorrian said, adding that last week, 123 strikes were carried out on facilities of Syrian terrorists.

However, several minutes later, the coalition’s spokesman noted that the operations against the IS are conducted, taking into account tensions, which had been caused by the missile strikes on the Syrian airbase.

“You know, we have made adjustments to our operations to account for the, you know, the potential tensions that resulted from the strikes that were conducted because of the Syrian regime’s chemical attacks,” Dorrian said.

The US missile strike on the Shayrat airbase, which became Washington’s response to a chemical attack in Khan Shaykhun town in Idlib province, caused tension between Moscow and Washington.

Following the missile attack, the Russian Defense Ministry suspended work of a hotline between Moscow and Washington, which had been operating in the framework of the bilateral memorandum on prevention of aerial incidents in Syria since 2015.

Despite numerous questions, Dorrian refused to answer whether the US-Russian deconfliction channel for preventing incidents in Syria was currently operating.

“Yes. I’m sorry, I’m – I’m just not going to be able to get into the day to day reporting of the status of deconfliction. We’re just not going to do that,” he said, answering a question of one of the reporters.

No contradictions whatsoever. The only “adjustments” made to the strategy, were to account for Russia’s suspending the deconfliction process. This process was restored yesterday as per Tillerson/Lavrov.

AMHants
Reply to  AR-15 for ARII

‘Conflicting statements’ indeed and both lies. The U.S..isn’t in Syria to fight terrorism . It’s in Syria to protect its military assets (al Qaida all Nusra etc.) and claim territory (safe zone). The illegal and unwarranted bombing was coordinated with an attack against the Syrian military, again. It directly assisted terrorists and therefore had a profound affect on the role of the U.S. military. From protecting terrorists to actively assisting them.

Al to many senior officers in the US military look like people who any female would fear greatly on a dark night.

There is no change of strategy , the US in Syria for less than a year ( officially) , is creating “Sunnistan”, the Raqqa – Deir Azzor corridor along the river ( with developed oil assets) .

A launch “State” for the coming attacks against Iran and a safe haven if the Iraqi’s turn on them .