On May 9th, the US seized a North Korean coal carrier ship called the M/V Wise Honest for violating US sanctions on the country, the Justice Department said in a statement.

The 17,061-ton bulk carrier ship, one of North Korea’s largest, was used to illicitly ship coal from North Korea and to deliver heavy machinery to the DPRK.

“Payments for maintenance, equipment, and improvements of the Wise Honest were made in U.S. dollars through unwitting U.S. banks.  This conduct violates longstanding U.S. law and United Nations Security Council resolutions.”

“This sanctions-busting ship is now out of service,” said Assistant Attorney General Demers.  “North Korea, and the companies that help it evade U.S. and U.N. sanctions, should know that we will use all tools at our disposal — including a civil forfeiture action such as this one or criminal charges — to enforce the sanctions enacted by the U.S. and the global community.  We are deeply committed to the role the Justice Department plays in applying maximum pressure to the North Korean regime to cease its belligerence.”

The action marks the first time ever the US has seized a “sanctions-busting” North Korean ship.

“Today’s civil action is the first-ever seizure of a North Korean cargo vessel for violating international sanctions,” said U.S. Attorney Berman.  “Our Office uncovered North Korea’s scheme to export tons of high-grade coal to foreign buyers by concealing the origin of their ship, the Wise Honest.  This scheme not only allowed North Korea to evade sanctions, but the Wise Honest was also used to import heavy machinery to North Korea, helping expand North Korea’s capabilities and continuing the cycle of sanctions evasion.  With this seizure, we have significantly disrupted that cycle.  We are willing and able to deploy the full array of law enforcement tools to detect, deter, and prosecute North Korea’s deceptive attempts to evade sanctions.”

The move is a clear reaction and warning to North Korea, specifically connected to the latest missile tests and defense units strike drills the country carried out under supervision of Chairman Kim Jong-Un.

“Working with our law enforcement and intelligence partners around the world gives the FBI the ability to interdict illicit activity globally,” said Assistant Director in Charge Sweeney.  “Our counterintelligence efforts are squarely focused on protecting the American people. This seizure should serve as a clear signal that we will not allow foreign adversaries to use our financial systems to fund weapons programs which will be used to threaten our nation.”

The ship was initially detained in April 2018 and held until now.

In a document dated April 2 and uploaded onto the UN 1718 committee website sometime in the past few weeks, the Indonesian government reported the crew of the Wise Honest, detained since last year for sailing under a false identity, would be sent home.

“Indonesia has been gradually repatriating the 25 crew members of the Wise Honest vessel, upon the completion of their legal proceedings which were finalized on 19 February 2019,” the report reads.

Authorities also reported that a South Korean company called Enermax was the “final destination/recipient of the coal upon the STS transfer of the coal in Balikpapan.”

North Korean defense units respectively on the Eastern and Western fronts carried out defense unit strike drills under the supervision of Kim Jong-Un.

On the Eastern front on May 4th, “the purpose of the drill was to estimate and inspect the operating ability and the accuracy of striking duty performance of large-caliber long-range multiple rocket launchers and tactical guided weapons by defense units in the frontline area and on the eastern front and the combat performance of arms and equipment and to more powerfully arouse the entire army to the movement for becoming crackshots with the drill as an occasion and thus put it at combat readiness posture all the time.” Missile launches were part of the drills.

Regarding the Western front on May 9th, “the drill for mobility and assault strike designed to inspect the rapid response of the defence units in the forefront area and on the western front successfully showed the might of the units which were fully prepared to proficiently carry out any operation and combat in the flames of the practical actual maneuvers kindled by the Party.”

The purpose of the drills was to respond to the current situation, which warrants an increased security to protect the sovereignty of the state, the statements also claimed, published by North Korean state outlet KCNA.

Recently, South Korea confirmed that on May 9th, the North launched two short-range missiles in an apparent test.

The missiles were launched at 4:29 p.m. local (3.29 a.m. ET) and 4:49 p.m. local, and flew eastward, reaching flight ranges of 420 kilometers (260 miles) and 270 kilometers respectively, according to a statement from South Korea’s Joint Chiefs of Staffs.

Earlier, on April 18th, North Korea tested a new-type of tactical guided missile, also under the supervision of Kim.

US President Donald Trump said that Kim wouldn’t jeopardize the negotiations with the US and that these missile launches do not worry him. MSM, however, attempts to blow them out of proportion.

North Korean outlet KCNA reported that it recently became clear that the US was carrying out a THAAD deployment in Phyongthaek Base in Kyonggi Province in South Korea (the Northwestern-most province).

“Commenting on this, south Korean media and experts say that toward the end of last year THAAD was revealed to have been undergoing tests after being relocated to Songju Base in North Kyongsang Province but it is the first time that the drill in Phyongthaek Base was revealed, adding that the recent deployment sends a pressure message to the north.”

It’s pretty obvious that the US does not want a peace deal, with North Korea, or anybody else for that matter.
Currently the US is attacking Venezuela Yemen Syria Ukraine Russia China and of course NK.
The US is like a junky, they are addicted to war and keep upping the dose, until one day they OD.
Ordinary Americans will ask how did this happen, because they either don’t know or don’t care what their government does, as long as there is pizza and Seinfeld, bread and circuses.

The sheeple stop any chance for improvement and maintain the prevailing situation. 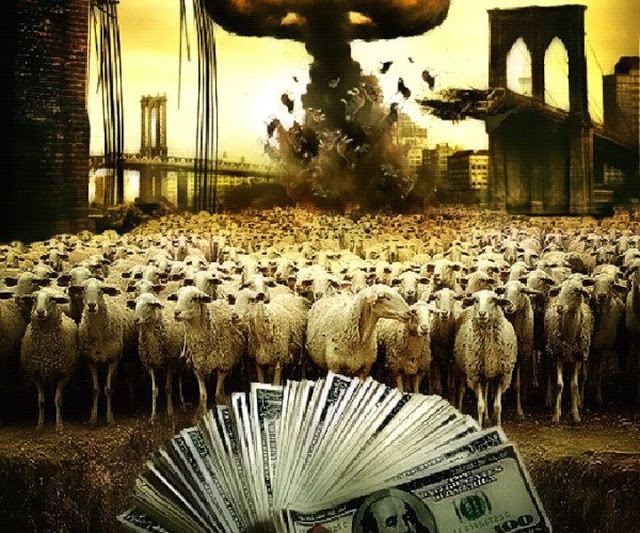 Wrong Russia attacked and sent its military into Ukraine and so far putin killed 13000 people .

tonto sounds good but I think retard will suit much better to your posts and avatar name. You win it so use it.

No no it was 2 billion, mostly American women and children, I saw it on CNN.
You Zionists are everywhere, and your lies grow bigger by the day.

So where was the ship seized?Indonesia ? By indo troops with Us “advisers” that were “coincidently”there?

No i have not seen it but hear it is a good movie. I have always wanted to see it so will look our for it now.

No i have not but i should see it. I like Dustin Hoffman as an actor. So yankees sent agents to indonesia to get film of themselves aboard the ship ? Haha

US more like addicted to losing since they can’t fight a war.

Win or lose it stimulates the economy, which means more money for the plutocrats who rule.
If you checkout who owns Lockheed, it goes through a few holding companies, but eventually you get to the usual suspects.

America cannot attack those countries that have nukes and medium range missiles. Pakistan, India, North Korea and Iran has both. There is no doubt.

America is playing with fire.

These sanctions indeed seem to have UNSC imprimatur, which means that both Russia and China signed off on them. Must have seemed like a justifiable decision at the time, but the net result of these and other choices is that the world is still hopelessly uncoordinated when it comes to dealing with the USA. And as these two have learned since then, playing along with the Dark Throne only gets seen as a sign of weakness, inviting further sanctions on themselves as well. On this issue, in fact they could sit down and compare notes with the Europeans.

You’re surely right about that. But let’s remember that the Nonproliferation Treaty is a bit more involved than “boom boom for me but not for thee”. Gradual elimination of the stockpiles of the established powers is an essential component if I have it right–one that the big boys are keen to forget. But if the latter disregard their own obligation, the whole sand castle crumbles.

No fan of his, but Little Kim seems to have a point when he answers the US on denuclearization: “You go first”.

US is low life with shiny smiling idiots.

I hope US insanity ends very soon, I really am sick of it all

You can go anytime you want .

no, id rather u go 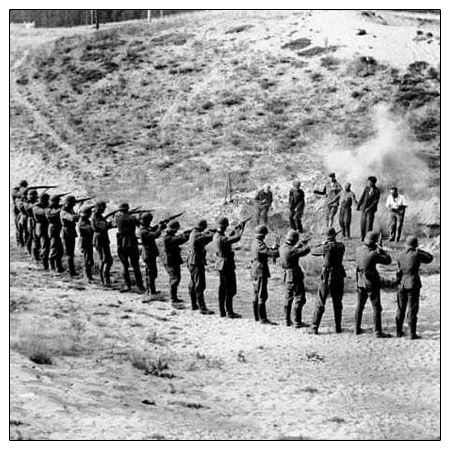 I think it will, really they are bankrupt.

Trump Administration’s ‘peace’ effort with North Korea failed, the attempted coup in Venezuela doesn’t seem to be going all that well and Iran is standing fast against the US in the middle east, not to mention China is growing strong by the day… In my opinion future assessments regarding American ability to project power will change even if America decides to engage in several more conflicts which ALL (except for Venezuela) have the possibility of spiraling out of control.

Sad, truly sad what we are witnessing here…

The US is quite amazing, they steal a North Korean ship, and then warn people that Iran might be a threat to shipping.
And they can keep a straight face while doing it.

Solution: Rig ship for self-destruction prior to departing port; US ship stops targeted vessel; crew bails out into life rafts; US boards ship; ship self-destructs. That’s how the German Handelsmarine in WWII handled the British trying to seize their ships.

Or, rig the vessel as a Q-ship – reinforced hull, armored superstructure, lumber cargo for buoyancy, full torpedo complement and anti-ship missiles – and fight it out.

They are aware of that kind of thing, you never put your ship within boom distance. You send a team in a boat to check it out.

Still at war since 1953? Gee, I thought the Afghan war was really old. What kind of Mad Dogs rule Washington? These NK sanctions shame the UNSC, which now prohibit trade between neighbours. What kind of joke is this? If NK did not have nuclear missiles, wouldn’t it be subjected to the same kind of military bullying and threats of invasion like VZ, Iran and suffer like Libya, Syria and Afghanistan?
Shame on RF and China for voting these sanctions in the UNSC. It is time to declare them null and void and convene a peace conference to end the Korean War, with the Mad Dogs of Washington invited last to sign on the dotted line.