On Thursday the United States revealed it had previously seized a major shipment of Iranian missiles bound for Yemen, and separately that it seized and later sold 1.1 million barrels of Iranian fuel bound for Venezuela.

Reports describe the seizer was accomplished by two US warships in regional waters that apprehended a total of 171 guided anti-tank missiles, eight surface-to-air missiles, and associated equipment, according to a statement by Assistant Attorney General for National Security John Demers.

“These actions represent the government’s largest-ever forfeitures actions for fuel and weapons shipments from Iran,” the Justice Department said.

Also on Thursday the Treasury Department and State Department slapped sanctions on eleven different entities connected to the Iranian fuel shipments and sales, and sanctions-busting operations.

The DOJ identified that it as top Iranian Revolutionary Guard Corps (IRGC) operatives behind the clandestine shipments of fuel and weapons.

The 1.1 barrels of fuel had been previously reported as seized by US authorities in August. Initially diverted to Houston, some of it was offloaded in New York. The US has now confirmed it sold the petroleum from four tankers at a price of over $40 million.

“We estimate that in excess of $40 million will be recouped by the United States related to the sale of petroleum from those four vessels,” acting US attorney for the District of Columbia Michael Sherwin the told reporters.

According to AFP, Sherwin indicated much of the proceeds from the sale would go to a US fund for victims of “state-sponsored terrorism”. The report details:

US courts have ordered Iran’s clerical regime to pay damages over attacks, most recently in July when a judge told Tehran to pay $879.1 million over a 1996 bombing in Saudi Arabia that killed 19 US airmen.

Iran denies responsibility and states it has no intention of paying, saying the United States should instead compensate for past episodes including its support of Saddam Hussein in the Iran-Iraq War.

As for the weaponry seized, US statements said it was enough “for a large military force” according to Fox:

Authorities also said the Navy had confiscated other weapons components and enough blasting caps to “approximately” supply the U.S. military forces for a year, “leading law enforcement to believe these blasting caps were intended for a large military force.”

Days ahead of the US election, there’s little doubt that Tehran is actively rooting for Joe Biden to take the White House, given Trump’s maximum pressure campaign is crippling the Iranian economy and fast putting the two sides on a war footing, especially after the January assassination of IRGC Quds Force commander Qassem Soleimani. Biden has promised he’ll attempted to bring the US back into the 2015 JCPOA nuclear deal.

A very strange non-story ratcheting things up with Iran as we go into an election. FBI says nothing is going on here, but golly he has Facebook friends in the Middle East…https://t.co/8nFIjuB49c

Meanwhile Iran and Venezuela have pledged deepening cooperation, while the US has vowed to “destroy” and missiles transferred to the Maduro regime.

These are the same Hollywood Zionistcunt and Americunt loser props they showed back in 2016. Pathetic liar arseholes, as if Iran would send all this by UPS. Dumbasses. In the meantime in the real world Iran has just upgraded 250 Chieftan Shir e Iran (lion of Iran) tanks to Challenger standard with new ERA armor and 125mm gun and also 300 M-60A1. The most significant change to Chieftan is the replacement of the third rate Limeycunts L-60 engine with the Russian 840 hp. The 840 hp engine comes from the Russian-made T-72S tanks, which are currently in the arsenal of the Iranian Armed Forces. Russia has recently sold Iran over 2,000 heavy engines for new armored vehicles. Iranians are very satisfied with Russian engines as they are robust and suited to all types of climate and terrain operations.

The old two-stroke engines are often criticized for significant shortcomings that appeared during operations. As it turns out, they are not well equipped to work in desert conditions and overheat a lot. In addition, due to various issues, there are problems with spare parts.
. 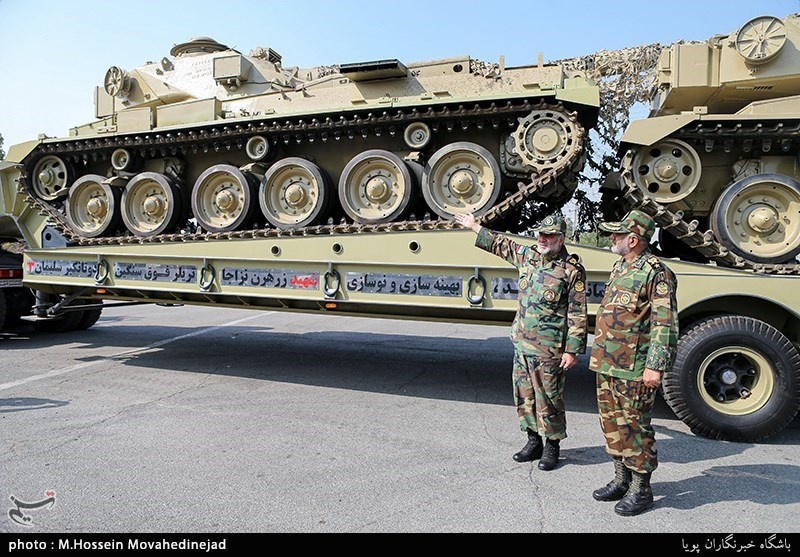 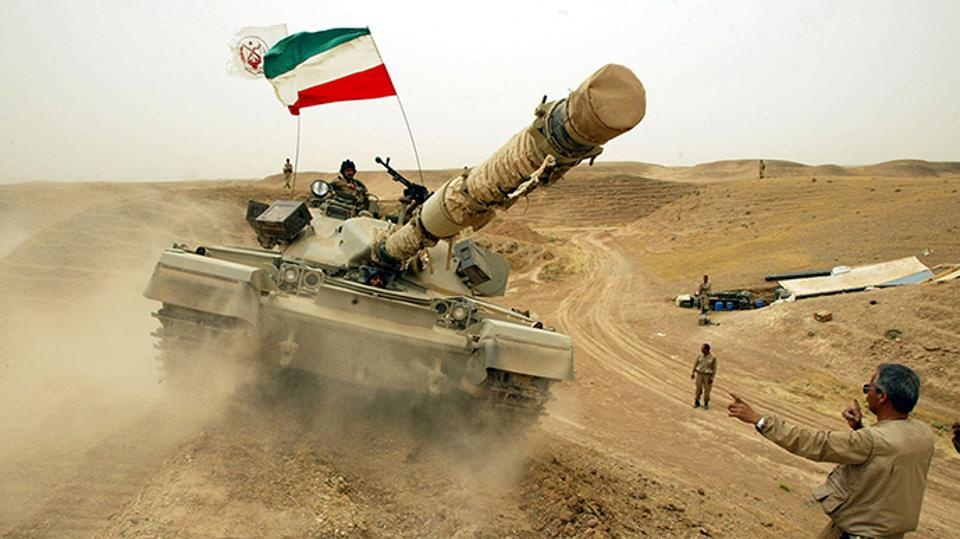 US have build a total of 8000 tanks hereof 6000 super duper M1A1/2 tanks available for immediate employment within 1 hour everywhere on the planet. Nobody can beat America.

that’s what you call rapid deployment response by the forces of the disjointed states of A, soon to be another shithole of the world where food for the obese and under-educated yankee-twats wouldn’t even serve as swill for a pigsty. 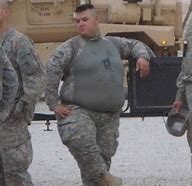 “Tell me what do you eat, I will tell you who you are”

Physical aspect isn’t that bad as the damaged brain as it is even worst !

The body can be put on diet, but madness is for life and contagious !

71% Of Military Age Americans Too Sick To Join, Study Says

The study also shows that a quarter of those unfit for military service, are due to intelligence factors and are unable to complete their high school education and lack a “basic understanding of written and cognitive skills…to complete an organized program.”

The research points out that these individuals are considered unfit despite the fact that the military routinely accepts people who do not complete their high school education and “rarely pass the armed forces qualification test.”

Another 10% were ineligible due to a criminal record.

to kill civilians.. all over the world these tanks are very good, then if these machines try to go into urban Syrian warfare will fall soon, as when american army try to go in war in front of an organized army… all over the world……!!!!
vietnam war and 19 years of Afghanistan don’t make learn nothing? what a stupid nation, ignorant and very idiots. If history do not make learn you something, then you must go involved in another war, perhaps the third time if you come back with 50000 or 100000 black bodybag full of dead soldiers perhaps you can learn something more….

Hey man good to see u again! Has iran ordered new weapons yet since lifting of embargo?

Great to see you back, brave Lion, these rodents and trolls were all around without you here.
Cheers!
Keep up.

clearly US government thinks it is the policeman of the world

Not even policeman, but a self-proclaimed “godfather” of mafia. Police doesn’t break the law (in common) and doesn’t act by own will, but criminals think that they are above the law and can do everything they want. Typical criminal behavior of mafiosi starting from street gangsters to modern oligarchs.

Iran’s mullahs regime supports almost every terrorist organizations in the Middle East. As it supports the murderous jihadists in Europe. Another “Death to France” demonstrations in Iran:
https://twitter.com/HAbdolhossein/status/1321504253702189063

Islamists are angry because they think “infidels” can be forcibly forced to respect the Prophet.

The Islamists you speak of are Saudi Wahhabbis. Shia Iran are the least extremist, most rational sect of Islam, and historically the biggest contributors to the Western Enlightenment of the Rennaissance.

We westerners owe the Persian Shiite almost as much as the Greeks for the foundations of modern Science. The Sunni islamist extremists on the other hand were always nothing more than useless eaters.

What you’re doing is called “Projection” by psychologists.

Stealing again. US showing leadership and making an example to follow for other countries.

You sarcasm is legendary

American oilmen discovered new oil field under their own ground and unknown arab state above the ground.

The imaginary bullshit of the fucking Yankees repeats itself wearily, do they want to kill us with boredom? I’m so bored with the USA.

Volker
Reply to  Assad must stay

Because the ‘Allmighty’ AmeriCunt ‘Great Satan’ of a Rogue Mafia/War-Criminal/Terrorist State + Regime says so – You have to believe it anything else is heretic Blasphemy.

yea im sure they do but i know better lol

Volker
Reply to  Assad must stay

Yeah, It seems we are both Heretics!

What’s the difference? Iran, as any other state, have the right to trade with other countries. “Ansar Allah” is not a terrorist group, it wasn’t sanctioned by UN (the UN only can put sanctions). Same for oil products. Taking ships with legal cargo without lawful sanction is the act of piracy.

Pirates Boasting about Their Booty

Another vicious State Dept. lie. They seized small arms and a small number of anti-aircraft weapons. All of these are strictly defensive weapons (that’s what we say when we send them to Ukraine) but they called them ‘missiles’. This plants the idea that Iran was supplying long range ground-to-ground missiles which has been a propaganda line of the Trump Administration.

Liars, damned liars. I can call a shoulder launched Stinger a ‘missile’ but it is intentionally misleading.

It’s a bs, nothing have happened, and Americans posted these same pictures already.

How convenient! Just in time for elections!

Just another day in the scum land called the United States of America. Herds of these dumb shats are gonna run to the polls and vote for an appointed puppet.