On June 23rd, the USS Nitze, Arleigh Burke-class destroyer, navigated near the Venezuelan coast in a freedom of navigation exercise, aimed at challenging an area that the Venezuelan President Nicolas Maduro’s “regime falsely claims control over.”

The move comes after the Trump administration in April said it was deploying more US military assets to the Caribbean, in part to disrupt alleged narcotics shipments by Venezuelan President Nicolas Maduro.

A spokesman told AFP that a similar operation had taken place in January.

On June 22nd, an Iranian-flagged cargo ship Golsan docked at the port of La Guaira carrying what the Tehran embassy in Caracas said was food to supply the first Iranian supermarket in the South American nation.

Ties between Venezuela and Iran have been improving in recent months, in light of both countries struggling heavily under US sanctions.

On June 22nd, Nicolas Maduro said that he was willing to meet with US President Donald Trump, similarly to how he met with Vice President Joe Biden back in 2015.

“Just as I met (Joe) Biden and we talked at length and in a respectful way, which was recorded at the time, also when necessary I am willing to speak respectfully with President Donald Trump,” the Venezuelan president said.

This came as US President Donald Trump said in an interview on June 21st that he would consider meeting his Venezuelan counterpart Nicolas Maduro after losing faith in Washington-backed Juan Guaido.

However, on June 22nd, Trump backtracked on his comments and assured that he would meet Maduro “only to discuss one thing: a peaceful exit from power.”

US-proclaimed Venezuelan President Juan Guaido appears to have entirely run out of steam and is a non-factor in the Venezuelan situation.

“The facade that lawmaker Juan Guaido and false prosecutor Jose Ignacio Hernandez have tried to present as a political project is, in reality, a criminal corporation,” Rodriguez explained.

It is a scheme designed to “undermine Venezuela’s interests. It seeks to take over the country’s financial assets abroad, mainly the oil companies’ resources,” she added.

Rodriguez also provided a group of documents and audios that demonstrate the link between the false prosecutor and World Bank Director David Malpass, who was a U.S. Treasury Department official between 2017 and 2019.

“With Malpass’s support, the usurper intended on behalf of Venezuela to benefit U.S. companies,” Rodriguez denounced.

JFC, Southcom. International laws? You should never utter those words when you don’t follow them yourselves.

Venezuela should send a warship off the coast of the US.

Those damned Indians, they just can’t understand that they and their lands was given by god to the white man, the only one capable of making good use of it, and not wasting all that wealth without making it bear fruit, when they understand that their is obtuseness only an obstacle to the manifest destiny of the city that shines on the hill? 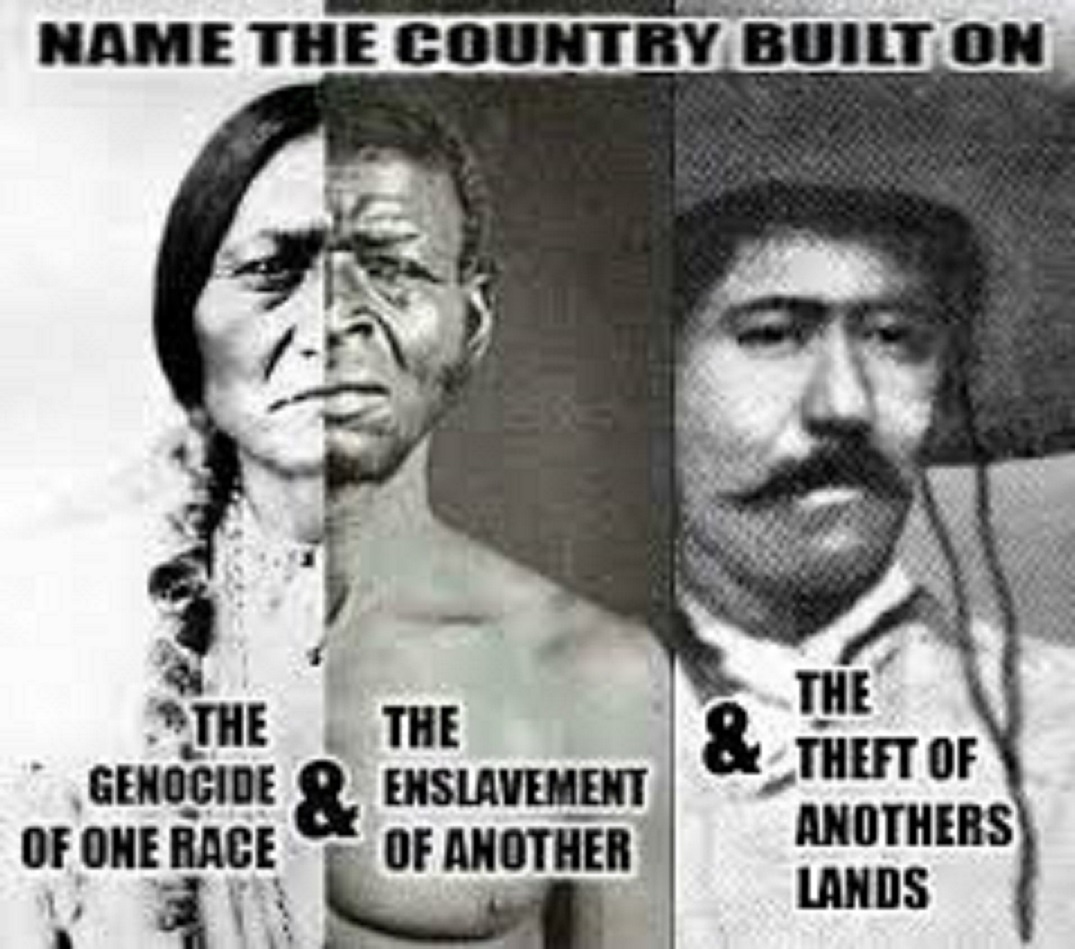 Almost all of them.

Half the slaves in America were White, they were Irish.
The English called them ‘indentured labour’.

I am a white man, I have been since before your fucking ancestors went around the world convinced of being the chosen people or the superior race, incidentally I can boast an ancestry of several thousand years, mine is one of the oldest white European peoples, you asshole.

What kind of backward straw man racist remark is that. My ancestors have never claimed to be chosen, as far as I know. I am only chosen as a follower of Christ Yahshua and my ancestry has nothing to do with that.
But at least now we know that you are one of those self hating white antifa fags running around bowing before an praying to blacks while you wash their feed in submission. Pathetic.

You don’t know anything, you’re just an idiot who talks frantically and also a fagot broken in the ass, stay away from me.

See. You can’t make any argument. You can only throw out insults like the pinko liberal self hating racist faggot you are. Wow! I can make insults too. But at least mine are based on reality.

What do you want from me? Did I look for you? go back to being buggered by your friends, you pedophile fagot, and stay away from me.

What do I want from you? I want you to quit blaming “whitey” for all your problems. If you don’t like it then block me.

I do not block anyone, much less an idiot and fagot like you, of whom I care less than zero, I send you to fuck in the ass just because you continue to bother me, for the rest you can also die that I do not care.

Fuck you, molester and pedophile, broken in the ass.

As usual, the US threats against Iranian ships sailing to Venezuela, turned out to be nothing more than bluster.

So now they sail by and declare it a victory, what a bunch of losers. A press release saying they sailed
outside of Venezuelas maritime border ffs, so what.
Every day, Colombian drug runners routinely sail INTO US territorial waters, and the dumb Yanks cannot protect their own coast, lol.

the don’t want to stop the importation of coke from appoved sources, they just want to take the ones not approved – colombian/mexican ones ok and anything transferring from venezuela must be stopped. it’s a question of how the proceeds are split, colombia 30%, narcotrafficante 30% the us of almighty morons or washington dc/cia 40% a fair guesstimate.

The West would run out of employees if they managed to eliminate the cocoa plant ffs.

It’s why the US always protect the nations who produce Opium (Indo-China, Afghanistan), Cocaine (Bolivia, Colombia) and Marijuana (Mexico, Canada).
Coincidentally, Britain too had a similar relationship with drug producing nations during their heyday.
Coincidentally my arse!

Canada and the US are both still run by Britain.
The US through the CFR , the Council of Foreign Relations,
and Canada, through the Canadian Institute for International Affairs, the CIIA.
https://www.fort-russ.com/2019/05/the-origins-of-the-deep-state-in-north-america-part-ii/

Presuming you know the British East India Co., founded in 1601, in the City of London by the Sassoon family from Baghdad, started with opium, and probably still run it today.

” As usual, the US threats against Iranian ships sailing to Venezuela, turned out to be nothing more than bluster. ”

No it wasn’t, most likely the US allowed the Iranian ships in as a trade for their spy, which was released several days later by Iran. Dont lose sight of the left hand because you are watching the right hand.

Venezuela has received more shipments, with more on the way.
What has Iran or Venezuela give away for that deal of the century!

What did Assad give, to be let stay as President of Syria then, or was that not the usual US bluff and bluster with the mantra that Assad must go!

an american hissyfit if the russians sailed one or two of their cruisers into the caribbean and visited venezuela and met with maduro.

So when exactly did Venezuela impede shipping in that area?
This looks like just another attempt by the U.S. to create a problem where none exists.

I am willing to wager that many of the boys and girls on that US destroyer didn’t even know where Venezuela is. Just another waste of time and fuel that didn’t accomplish anything. Maduro would be very wise not to meet with anyone who wants to see his demise and plunder the country. Let the leaders of the little worm countries and lapdogs, the so-called allies and partners, continue to be obedient whores of Washington.

Venezuela will not be bullied. Three million paramilitary and colectivos ready to die defending their country.