The LPR People’s Militia managed to capture an unmanned aerial vehicle of the Ukrainian Armed Forces. 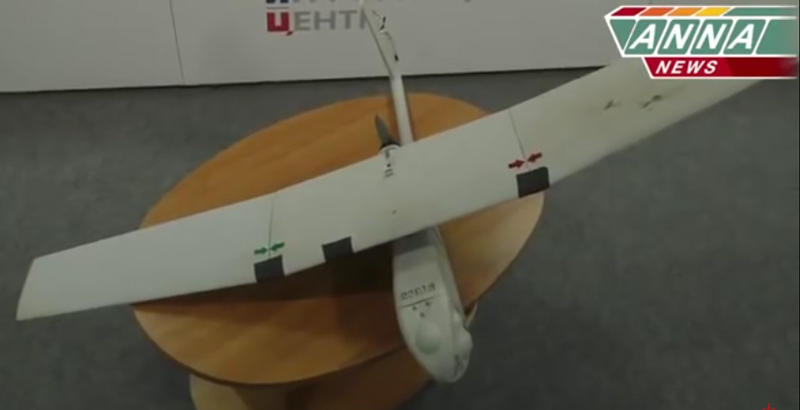 On Thursday, the People’s Militia of the Luhansk People’s Republic (LPR) managed to catch and land an unmanned aerial vehicle (UAV) of the Ukrainian Armed Forces in the area of Sokolniki village. Reportedly, the drone was flying from the direction of Krymskoye village, located on the territory, controlled by Ukraine.

The unmanned aerial vehicle was the RQ-11B Raven with the number 23018, produced by the US AeroVironment company. In July 2016, the US handed over to the Ukrainian Armed Forces a batch of the RQ11s, consisting of 24 drones.

Later, a video, showing the captured UAV, was published online.

According to spokesman for the LPR People’s Militia Maj. Andrey Marochko, the Ukrainian side actively continues to conduct reconnaissance on the territory of the republic, using UAVs that are prohibited by the Minsk agreements.

Meanwhile, the Ukrainian Armed Forces continues to dispatch ammunition and military hardware to the contact line in the Donbass. As Marochko said at a briefing on Saturday, three armored personnel carriers and three trucks with ammunition arrived at positions of a temporary fortified strong point of one of the units of the 24th Mechanized Brigade of the Ukrainian Armed Forces, deployed in the area of Novozvanovka.

The spokesman for the LPR People’s Militia also noted that over the past day, the Ukrainian Army violated the ceasefire 15 times, shelling the territory of the LPR.

At the same time, deputy commander of the Operational Command of the Donetsk People’s Republic (DPR), Eduard Basurin, said that over the past day, the territory of the DPR has been shelled 438 times by the Ukrainian Armed Forces. He noted that the Ukrainian side used heavy artillery, multiple artillery rocket systems, tanks, mortars of various calibers, infantry fighting vehicles, anti-aircraft installations, grenade launchers and light weapons.

Great! Give it to the Russians and reverse engineer it and the examine implications of all tech advances made and use in other applications and drones.

These are simple machines. Do you think USA would give high technology to Ukraine? :D

I assume these are the Antique easily hacked Drones the Ukrainians complained about? (They don’t have digital radios or something? I guess we gave them garbage lol, Obama.)