The US is ready to carry out a preventive strike on the Democratic People’s Republic of Korea, North Korea threatens to respond with its nuclear weapon. 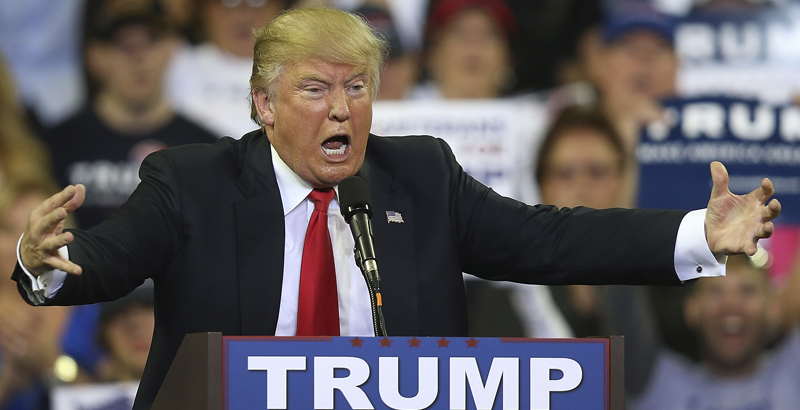 The US is ready to carry out a preventive strike on the Democratic People’s Republic of Korea (DPRK), if signs of preparation for nuclear testing are noticed, the NBC News TV-channel reported, citing unnamed sources in US intelligence.

According to the officials, the US has already deployed two destroyers, equipped with cruise missiles of the Tomahawk type. As it was noted, one of the warships is stationed less than 500 kilometers from a nuclear test site of North Korea.

In addition, heavy bombardment aircraft of the US Air Force have been deployed on the Guam Island. As it was stressed, they also are ready to attack “as necessary.”

Will remind, the US Department of State said that the time for conducting long-term negotiations on the nuclear issue of North Korea had passed, the situation takes an urgent nature.

Meanwhile, North Korea warned that it would strike the US, using nuclear weapons if there was an attack from the American side.

On Friday, North Korea’s Vice Foreign Minister Han Song Ryol said in an interview with the AP news agency that the situation on the Korean peninsula had “stalled,” as well as noted that Pyongyang was not going to “sit back and do nothing” in anticipation of a US preventive strike.

“If the U.S. comes with reckless military maneuvers then we will confront it with the DPRK’s pre-emptive strike,” Han said. “We’ve got a powerful nuclear deterrent already in our hands, and we certainly will not keep our arms crossed in the face of a US pre-emptive strike.”

“We will go to war if they choose,” he added.

Ryol also noted that US President Donald Trump “make troubles” with his “aggressive” statements on Twitter.

“Trump is always making provocations with his aggressive words,” the diplomat said. “So that’s why. It’s not the DPRK but the US and Trump that makes trouble.”

Meanwhile, the Kyodo information agency reported that in February 2017, the National Security Council of Japan started to study necessary measures to protect the country and its citizens in the event of an “emergency situation” on the Korean Peninsula.

According to the information agency, Japanese Prime Minister Shinzo Abe convened a meeting of the National Security Council on February 23 after the first official meeting with Trump. He also ordered to develop a package of measures in the event of an unforeseen situation that could arise on the Korean peninsula as a reaction to the increased US pressure.

It was noted that the measures involve evacuation of Japanese citizens from South Korea, reception of refugees, and, at the same time, strengthening of control to prevent penetration of North Korean saboteurs into the territory of Japan under the guise of refugees. The plan also do not exclude participation of the self-defense forces in the evacuation of Japanese citizens from South Korea – in total, in view of tourists, there are about 60,000 Japanese in the country.

However, in order to carry out the evacuation on the South Korean territory by Japanese military, it will be necessary to obtain a special permission from the government of this country, which is very cautious about issues of military contacts with Japan after the semisecular history of colonization.

Over the week, passed after the latest DPRK missile test, the possible striking has become the main topic of discussions in the world. Earlier, the US President said that all options for impact on the DPRK were being considered.

Last Sunday, the US dispatched a carrier warfare group, headed by the Carl Vinson aircraft carrier, to the shores of the Korean peninsula. The DPRK threatened with retaliatory measures and stressed that Pyongyang does not beg for peace, but is always “ready to defend itself by force of arms.”

Have come to the conclusion that Trump is crazier than Clinton and I thought sure was pure evil. Maybe the US should introduce a psych test before any potential member to leadership takes up the position. Must be by an independent authority say NK.

Can’t be help. His Zionist puppet masters who are the one who have the final say.

This is test to China, and they are showing disturbing signs that they are not ready. All that posture in South China Sea was fake pumping of muscles. At the end they are trembling and shaking in fear and panic right now. Their marionette chairman was in rush to demonstrate allegiance to Trump and was one of the first to come and bow in front of him, like dog. USA can dismantle them at will economically, and then they will be a large scale North Korea. They either will submit unconditionally or will be send back to Pre-90’s state of mediocre regional power with just as mediocre or even struggling economy. I personally believes it’s GAME OVER for China.

The Chinese political leadership is sold out the deep stated. They have their children studying in US or UK, they have invested millions in US market. They barely represent the genuine interest of the average Chinese. If there are any patriots, then you will likely find them in the Chinese army, certainly not among its political elite. I personally never counted much on the Chinese leadership; Let us see whether they will like the US troops of positioned on the Yalu river, 5 km away from their border. I would rather expect the Russian to land some troops ( if North Korea descents into chaos) on the eastern coast to prevent them US army for moving within shooting range to Vladivostok.

Was about month ago Saudi King visited China. They cut deal.

China and Russia know they cannot face US directly in conventional warfare… so I think the CCP will use NK as a trap to US, forcing US intervention to protect Seoul while pretending they want to solve that problem by diplomacy. At same time, Russia will use Syria as another Iraq, forcing US to use its own troops in 2 proxy wars in 2 different battlefields, while they sell to the world the US is evil and that they are the good ones.

if you thought attacking syria was dangerous, this will be like 100 times moreso.

There will be many smiles across the globe if US ships sink to the bottom of the sea :) The US failed in Vietnam, Failed in Iraq, Failed in Afghanistan and now think they can win in a country where the US effectively lost in 1953.

There is also the small point that attacking North Korea without a UN mandate is rather illegal in the civilised world.

I don’t mean to argue for the sake of arguing, but can you elaborate on “failed” in Iraq, Afghanistan and I can add Libya, Yugoslavia, Syria, Sudan, and many others. In my opinion they achieved exactly what they wanted to, that’s not to be mistaken with what they declare to the public as intentions. They achieved everything they wanted to and nothing in thous countries is happening without their blessing and knowledge. Furthermore, because these were resounding successes, a clear message was sent to all their foes and “allies”, what there faith will be if they decide to “improvise”. You will be surprise to know how many countries around the world are directly controlled by USA, and their ambassadors, and that is not expression is the reality. In my country which is part of NATO,EU and god knows what other abbreviation, the US ambassador, recalls the Prime Minister like, a English servant in Blenheim Palace in the summer of 1834. It literally dictate and puts him in place if he is unhappy with something, no one is even trying to hide it or pretend it’s not happening. It’s a public fact. So long story short all these examples were in my humble opinion resounding successes. Just saying.

There is some merit it what you say. All Empires have behaved in this way. However every small tactical victory brings ever closer the demise of Empires that have been built on the sea of blood and anguish of friend and foe alike. The pernicious strategy of Empire only serves to breed hatred that lasts for hundreds of years and all of this for the short term riches of the Elite.

In the modern world transitions generally occur ever faster. Those of alive today may well witness the demise of the US Empire. It could be caused by a natural disaster but will likely be caused by the infantile violence of it’s mentally deranged Elite and Politicians.

No Florian, even if I don’t like these aggressive US -foreign policies – smiling if US ships sink to ground – I do not.

Strike on North Korea; but why?

Simple. NK has helped Syria in the past to build missiles as good offensive weapons against invasion. Israel hates NK for being friendly with Syria and Iran. Also, the IMF hates Best-Korea for not being part of the International Monetary Fund. The Zionist want to force NK to become collectivist into the globalization with its headquarters being Israel. https://www.youtube.com/watch?v=sPLKA7tRx8s

My guess is, the US is going to ‘do’ Syria but they need a way to keep China out of it – keep China from supporting Russian,Syrian,Iranian, Hezbollah troops against the US/NATO/Israel/Sauds attack… something along the lines of ‘divide & conquer’… the US is threatening NK with a nuclear attack if China gets involved in Syria. None of this is a coincidence.

The Chinese have been fed up with North Korea for quite some time and recently have 150,000 troops stationed at the border to rattle Kim’s cage. Those were positioned before Trump started his crazy talk.

I heard the Chinese troops where there to keep NK war refugees from flooding China in the event of a US war.