The US reality TV show “Live PD” was taken off the air, similarly to its predecessor “COPS.”

The main reason is the constant accusations that ethical boundaries are continuously crossed in order to get footage for the shows.

As the Libertarian Institute reported:

“In one case, the Williamson County Sheriff’s Office in Texas is being accused of intentionally passing up an opportunity to arrest their suspect, Asher Watsky, while he was in court, just so they could raid his home for the television cameras a few hours later. The court appearance and raid happened in May of 2019, but is just now getting new attention after the cancellation of the show.”

And the individual was aware of it the entire time.

“The second I saw the cameras, I’m aware of the Live PD program, I figured out right then, I had a feeling what was going on,” Asher said.

Gary Watsky, one of the occupants of the home, says that the SWAT raid was “all for show.”

Williamson County District Attorney Shawn Dick was among many people involved with the case who felt that Watsky could have been arrested peacefully when he was in court less than four hours before the raid.

According to KVUE, Dick said that officials with the sheriff’s office admitted that they removed Watsky’s warrant from the record system so no one in the court would see it that day and try to arrest him.

Watsky was wanted for assault charge that he faced from a fight that he got into with his roommate.

He was fulfilling all of his court requirements for the initial charge, but for some reason, the police filed an additional charge against him, but didn’t activate it until after he appeared in court.

It was allegedly deemed safer to send a SWAT team to his house and raid it, rather than just arrest him after he passed security checks in a courthouse.

Dick has also identified at least five other cases where the Williamson County sheriff’s office used excessive force while cameras were rolling for Live PD.

National law enforcement consultant Jeff Noble said that this raid may not have been necessary, and he fears, “That this was staged for the value of live television.”

In June 2020, the Free Though Project reported that a 40-year-old postal worker was on his way home from a friendly poker game when he allegedly made the mistake of failing to turn off his brights when passing another vehicle.

Ambler’s last moments alive were captured on police body camera footage as well as footage from the crew from A&E’s reality show “Live PD.” He never resisted, posed a threat to cops, or attempted to attack them, yet he was thrown to the ground, repeatedly tasered, and the air squeezed from his body until he fell unconscious and died.

The incident began as Deputy J.J. Johnson, who is regularly featured on “Live PD,” passed Ambler and allegedly saw him fail to dim his brights. So, the deputy targeted Ambler for extortion and subsequent murder.

Ambler was presumably scared of what police could do and led them on a chase for 20 minutes.

The chase came to an end when Ambler crashed his vehicle.

“Johnson, who had no backup at the time, drew his gun and ordered Ambler to get out of his car, raise his hands and get on the ground. Ambler, a 400-pound former football player, got out and showed his hands. Johnson, who is black and about half Ambler’s size, holstered his gun and pulled out his Taser.

“Get down!” Johnson repeated several times.

When Ambler appeared to turn toward his car door, Johnson used his Taser, according to an internal investigative report the Statesman obtained under the Texas Public Information Act. Ambler fell on one knee, rolled onto his back and stomach and acted as though he was trying to stand.”

As the Statesman reports, a death-in-custody report filed with the Texas attorney general’s office said Ambler did not attempt to, nor did he assault deputies; he did not verbally threaten others nor attempt to get control of any officers’ weapons.

So, yeah, essentially raiding people’s homes and killing them on camera passed as entertainment.

The stupid brainfucked Americunt morons should thank the Jew evil bastards for this police state and oppression. Serves the cunts right. 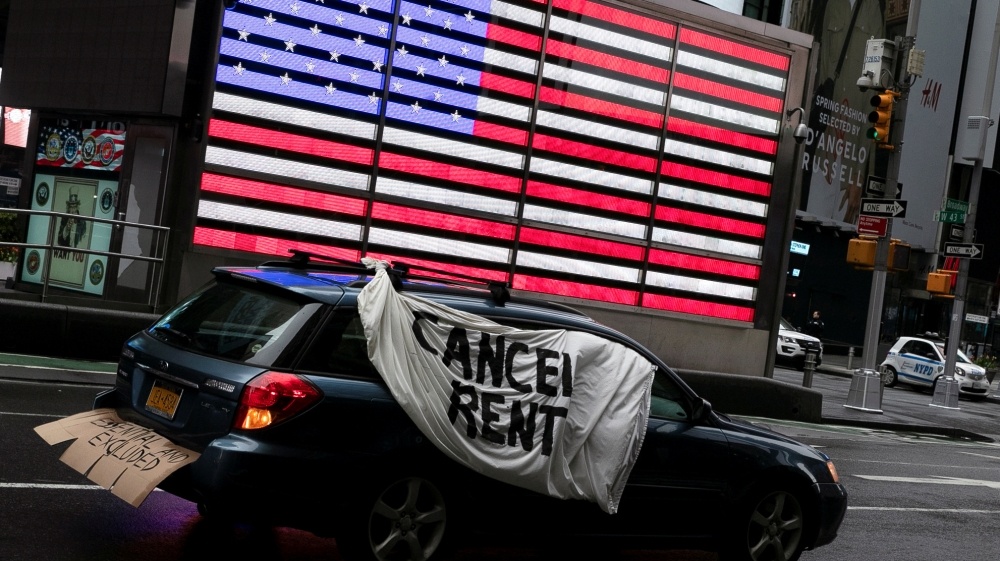 Totalitarianism and erosion of all civil freedoms that is happening in US will arrive one way or another to the rest of the countries of the “Western world”.
So nothing to celebrate or gloat about .
Among other things, they use collapse of US economy and US civil society freedoms as ticket to get to the rest of the “free” world where still some semblance of freedoms exists.
Repetitive intolerable violence is to banalize and make acceptable something that was 10+ years ago unimaginable.
We are globally ushered into totalitarianism.

Now I do believe that China was deliberately chosen in 1970’s as champion of development to replace US only because China is totalitarian society.
It was premeditated, planned, deliberate.

I disagree that this is predetermined. Usually when economic instability takes hold, political instability quickly follows. The rush towards authoritarianism is what all do when faced with such realities. Basic crisis management. Another way to look at it is through biology. The body hardens the area when one gets a cut.

Now I do believe that China was deliberately chosen in 1970’s as champion of development to replace US only because China is totalitarian society.

Authoritarian. Not totalitarian. China was chosen primarily for geopolitical reasons (i.e. USSR). The sudden collapse surprised everyone, including the Chinese, and they quickly looked to redefine themselves. Perfect timing as Wall Street wanted more profits which Japan and Taiwan lead the way.

Save the robots, save yourselves?

FUCK YOU ALL NEOCONS, I JUST WAIT THE DAY WHEN THOSE UNITED SNAKES OF STATE WILL JUST BURN ONE AFTER ANOTHER.