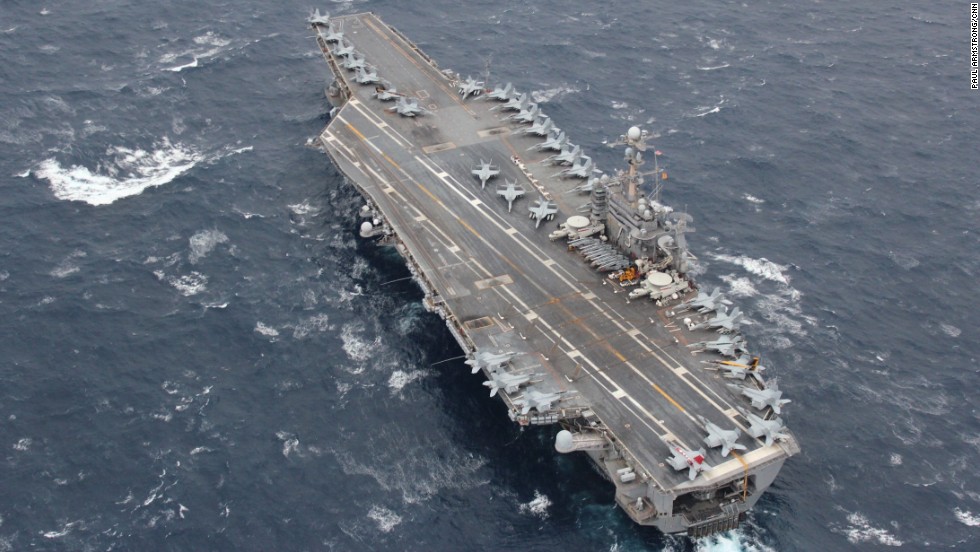 The US Navy’s Pacific Fleet has drawn up a classified proposal to carry out a global show of force as a warning to China and to demonstrate the US is prepared to deter and counter their military actions, according to several anonymous US defense officials cited by CNN.

The presumed draft proposal from the Navy recommends the US Pacific Fleet to conduct a series of operations during a single week in November.

The alleged goal is to carry out a highly focused and concentrated set of exercises involving US warships, combat aircraft and troops to demonstrate that the US can counter potential adversaries quickly and on several fronts.

The plan suggests sailing ships and flying aircraft near China’s territorial waters in the South China Sea and Taiwan strait in freedom of navigation operations to demonstrate the right of free passage in international waters. This means that US ships and aircraft would operate near Chinese forces, something they’ve been doing regardless, with B-52 flying over the South China Sea on September 25th and the USS Decatur, which had a dangerous close encounter with a Chinese warship.

The anonymous defense officials focused on the fact that there is no wish to engage in combat with China.

The US does these sorts of operations all year round, but this time it focuses several of them in the span of just a few days, if the proposal is true.

According to one of the anonymous officials, it is “just an idea,” but it is in its advanced stage, with even having a operational name. The source refused to confirm the name of the potential operation.

US officials acknowledge China often see these missions as provocations. They also acknowledge that the intelligence community would have to weigh in with any concerns about reactions from China.

The Pentagon refused to acknowledge or comment on the proposal. “As the secretary of defense has said on countless occasions, we don’t comment on future operations of any kind,” said Lt. Col. David Eastburn, a Pentagon spokesman.

The ties between China and the US have been worsening rapidly in the past weeks, following the escalations in the trade war between the countries, which appears to be leaking into other areas of interest.

China recently cancelled an annual diplomatic and security dialogue, with the reason being the unavailability of any senior Chinese military official. According to another report by CNN, citing unnamed US officials, US Secretary of Defense James Mattis has pulled out of a planned visit to Beijing in October.

During his speech at the UNGA, on September 25th, Trump said that his friendship with Chinese President Xi Jinping may have come to an end. “He may not be a friend of mine anymore. But I think he probably respects me,” Trump said.

Following the latest round of tariffs in the trade war, in which the Trump administrations imposed 10% of tariffs on $200 billion in Chinese goods on September 24, in addition to the trade measures already in place. The Chinese government responded in kind, with between 5% to 10% tariffs on $60 billion of US goods.

Beijing called off any plans for trade talks with Washington. “How could you negotiate with someone when he puts a knife on your neck?” China’s deputy trade negotiator Wang Shouwen said at a press conference on October 2nd.

Trump also, on September 26th, during his chairmanship of the UN Security Council meeting on nuclear proliferation, began his address by accusing China of planning to meddle in the upcoming November mid-term elections. He did, however, provide no evidence whatsoever, his aides were also caught unaware.

Because this will convince China that the U.S. has their backs in regard to keeping ‘freedom of navigation’ open for all and to abandon their desire to have naval assets of their own :-)

chris chuba
Reply to  You can call me Al

Yes indeed, any rational country would respond by developing their military.

My peers in the U.S. are incapable of empathy. We never look at things from the other country’s perspective. I can’t believe that we think that threatening China will deter them from wanting to defend their own coastline and waterways. As if they should forever remain helpless and wait for us to force them to buy opium again (more satire).

Thank God, there are now people on here that could post that same comment in all seriousness.

US wants that their aircraft carriers should be sent to the bottom of the sea. LOL

You can call me Al
Reply to  Morehungrythanever

The US has raided the piggy bank, and will send the fleet on a pointless mission, to try and convince the world they are not broke.