A computer hack of Hillary Clinton’s presidential campaign is investigating by the FBI and Justice Department. US officials have blamed Russian intelligence. 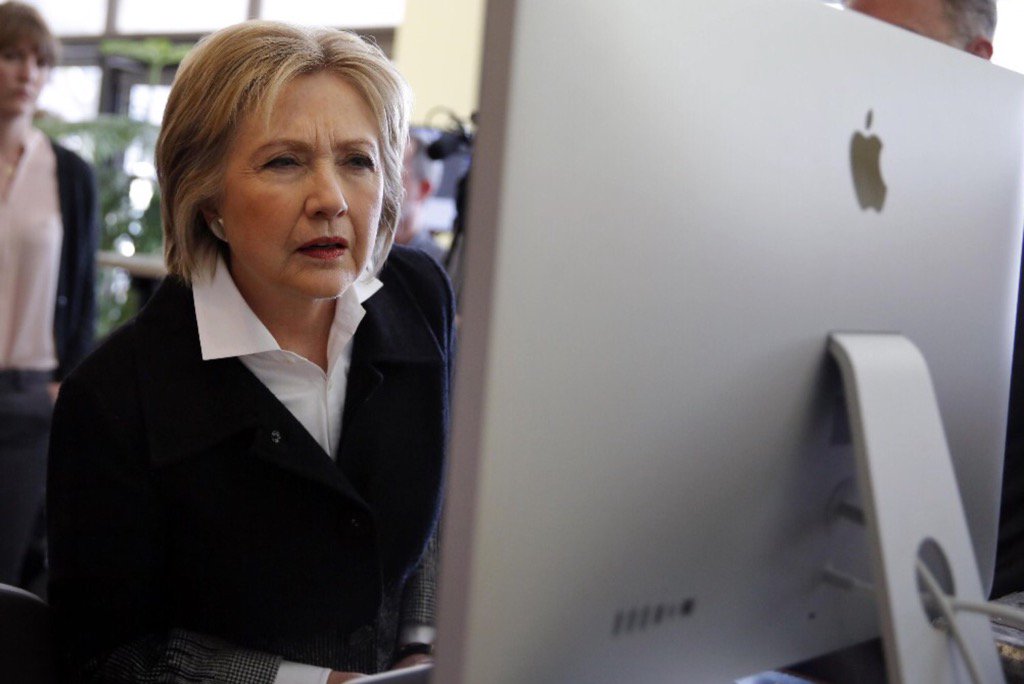 The campaign said in a statement that its internal systems were not compromised.

“An analytics data program maintained by the DNC, and used by our campaign and a number of other entities, was accessed as part of the DNC hack,” the Clinton campaign spokesman, Nick Merrill, said. “Our campaign computer system has been under review by outside cyber security experts. To date, they have found no evidence that our internal systems have been compromised.”

This week, US officials said that there is strong evidence indicating the cyber intrusion of the DNC was the work of hackers working on behalf of Russian intelligence.

According to a person familiar with the Clinton campaign program, the program is a dynamic voter database that includes voter participation, voter contact information and voter files that all campaign organizations use.

A Clinton aide said that the hack of this analytics data program could not have resulted in access to Clinton campaign internal emails, voicemails, computers or other internal communications and documents. Those are completely independent systems.

The DCCC, the political arm for House Democrats, confirmed that it had been the subject of a cyber attack saying that a much broader swath of Democratic records than originally thought might have been breached by Russian hackers.

US officials also blamed the leak of thousands of Democratic National Committee emails on Russian hackers, and added that this prompted major turmoil within the party, causing the abrupt resignation of its chairwoman.

According to a federal law enforcement official, beyond the DNC cyber intrusion, hackers believed to work for Russian intelligence agencies have breached numerous other entities linked to Democratic Party politics, including private companies.

The official also said that political entities that support Democrats have been targeted by the series of cyber breaches over the past 18 months.

The Russians have denied any involvement with the DNC hack, but federal investigators suspect hackers in the country have accessed the information. And Democrats believe they have been leaked in the middle of a contentious election year to help Donald Trump.

According to CNN, hacking has become a major flashpoint in the presidential race. Revelations about targeting the Clinton campaign come as both nominees are set to begin receiving national security briefings.

Earlier in the week, Donald Trump drew criticism for his words that Russia should use espionage to find Hillary Clinton’s deleted emails. Later, the Republican nominee said that it was only sarcasm.

This looks as if US globalist elites start to speak about Russian involvement in Clinton’s campaign hacking just to support Clinton and discredit Trump. Interestingly, is the Kremlin also guilty of continuous mass shooting in the USA? Moreover, it seems that they have forgotten that the same approach has led to the fail of the ‘remain’ company during the Brexit referendum.

Orwellian Double Speak is the only platform available to the US citizens, civics must include and understanding in this evil art form…….

What is really important in the world of doublespeak is the ability to lie, whether knowingly or unconsciously, and to get away with it; and the ability to use lies and choose and shape facts selectively, blocking out those that don’t fit an agenda or program.[8]

In his essay “Politics and the English Language”, George Orwell observes that political language serves to distort and obfuscate reality. Orwell’s description of political speech is extremely similar to the contemporary definition of doublespeak;

In our time, political speech and writing are largely the defence of the indefensible” Thus political language has to consist largely of euphemism, question-begging and sheer cloudy vagueness” the great enemy of clear language is insincerity. Where there is a gap between one’s real and one’s declared aims, one turns as it were instinctively to long words and exhausted idioms, …

It is a Battle of Sinners and Saints,not to be confused with the New Orleans paper sacks and the Aint’s.

The truth is, the Democrats (who are anti-Democratic themselves) have been under hacking and Spear-Phishing attacks by different entities for months. Including, but not limited to:… #1 Anonymous. #2 Bernie Supporters #3 AIPAC #4 Anti-corruption activist in the USA #5 Middle eastern threat actors. From Syria to Israel. #6 Politically Centered activist in America #7 Hundreds of individual’s who oppose Hillary’s pro-Israel war policies. #8 The FBI themselves #9 Mi6 #10 Russia #11 China #12 Wikileaks supporters. -Everyone is either gathering information to see if Hillary can bring down Trump. -Or they are hacking to make sure the Democrat’s are doing the Zionist bidding. -Or they want to bring down Hillary. -Or they want to blackmail the Democrats to get special deals. -Or they want to expose the Democrats for being totally corrupt.