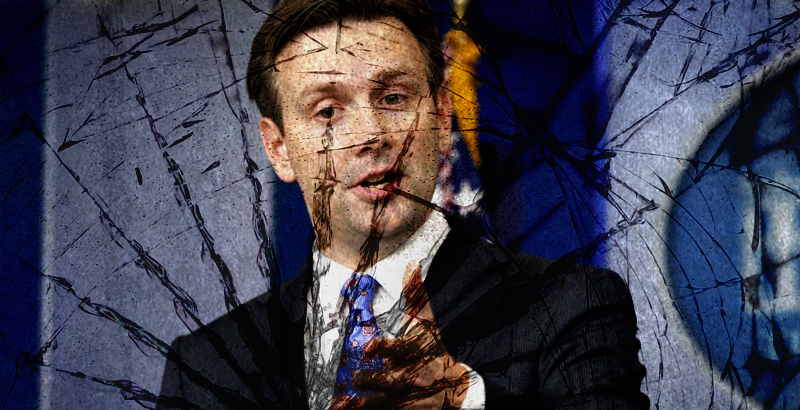 On October 3, Washington suspended bilateral contacts with Moscow over the crisis and, de-facto, withdrew from the peace process in Syria. There is “nothing more for the US and Russia to talk about”, White House spokesman Josh Earnest told reporters.

Washington had threatened for a week to withdraw from the Syrian peace process, after the latest ceasefire promoted by Russia’s Foreign Minister Sergey Lavrov and US Secretary of State John Kerry collapsed amid inability of the United States to separate ‘moderate rebels’ from ‘terrorists’ and force the US-backed forces to observe the terms of ceasefire.

Nonetheless, contacts between US and Russian military to “deconflict” encounters between their aircraft in Syrian skies will continue. 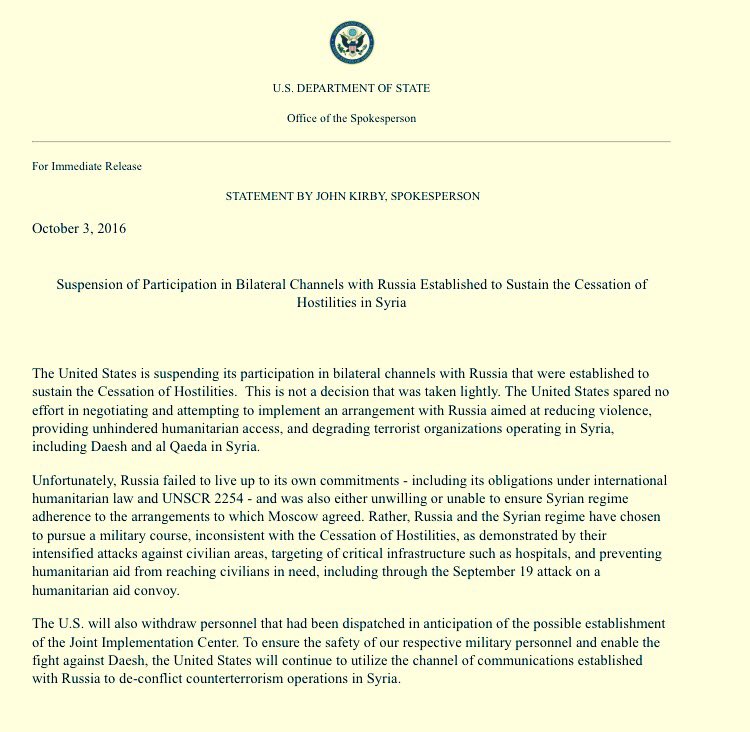 Kerry’s notice to Russia states that they made all effort to implement the arrangement in the cease fire. Must think we are all gullible, cease fire finished because the US attacked and killed 60 odd Syrian soldiers plus Russian and Iranian servicemen. It was deliberate by the US and designed to kill off the cease fire. Period….

Utterly perfidious. Washington can never be trusted. Even if one part the empire does act in good faith other parts will be plotting against you.