A US nuclear submarine was caught spying on the Iranian “Eghtedar 99” naval drill, which took place in the  northern part of the Indian Ocean.

The submarine was spotted by the Iranian Navy on January 14 as she was approaching the military drill area. Iran shared footage showing one of its SH-3 Sea King anti-submarine helicopters chasing the vessel. The submarine was identified by experts as USS Georgia, an Ohaio-Class nuclear guided missile submarine.

The Iranian Navy was conducting the final stage of Eghtedar 99 when the encounter took place. The surprise exercise kicked off a day earlier.

During the final stage of the drill, Iranian naval forces hit their targets with various types of cruise missiles. In addition, the Iranian-made submarine, Fateh, shot its first torpedo and scored a hit. Several types of drones were also used.

Deputy Navy Commander for Coordination Rear Admiral Hamzeh Ali Kaviani said some of the weapons and systems used in this exercise are classified as confidential. This explains why the US was attempting to spy on the drill.

“Enemies must know that in case of any encroachment on the maritime borders of the Islamic Republic of Iran, they will be targeted by cruise missiles from the coast and sea,” Rear Admiral Kaviani said, according to the Mehr News Agency.

The US attempt to spy on the Iranian naval drill will likely generate more tensions in the Persian Gulf. The Iranian Navy professional behavior prevented a dangerous escalation.

The Minuteman III intercontinental ballistic missiles are based on the original Minuteman I design from 1962 and have been in service since 1970. Richard warned that the missiles were so obsolete that their original designers are dead and engineers no longer even have some of the necessary technical documentation. “That thing is so old that in some cases the [technical] drawings don’t exist anymore, or where we do have drawings, they’re like six generations behind the industry standard. And there’s not only [no one] working that can understand them – they’re not alive anymore.”

Farbat replied to you 6 times in 5 minutes.
Which means he has no life and wants some attention. LOL :)

why is he doing that?
is he retarded, can he read?
it is VERY important fact that US will give up on renewal of their ICBM’s

The human species is learning challenged on matters of their own mistakes, generally. Only a small minority seem to benefit from their experience’s with their own fuck ups.

do not talk to me because you cant even read

Perhaps, but nonetheless, it is still quite dangerous. US Government is run by 535
arrogant sociopaths, and lunatics. Are walking/talking crimes against humanity, and completely unpredictable. Also, are well aware of being incapable of defeating even one of it’s chosen enemies that are now allied against them, and the very few allies left to support their ignoble cause, continue to provoke war. The weapons they possess, despite their age, and outdated performance are still capable of inflicting existential damage to the world.
It is unwise to underestimate these delusional malefactors, and their willingness to destroy themselves along with the world.
But, please carry on, who are we to stop you doing the same destruction caused by the jawbone of that other historic ass.

the usa will tear itself into pieces

Thanks Ali !
I have noticed that he is bizarre and on top he is not even Iranian.
He keeps attacking me for no reason.

Who are the mysterious “they” ?
“‘Mericans” have no bone to pick with Russia. US Government serves the interest’s of it’s Zionist Khazar criminal Banking Cabal master’s to the exclusion of all else. Including it’s own survival.

If you have enough big nuclear warhead you don’t need a rocket to hit your neighbour ?

Yeah good idea. One can detonate it directly in US and hope for favorable winds to spread radiation towards the desired neighbor.

What caught?it can dive up to 600 meters and 90 days of continuous underwater …Usa is just demonstrating its pathetic show-off.

Gather all your thought and write them in one single relevant comment, not several unrelated ones.
What you do with all these comments is forcing people to skip your comments altogether.

Good idea, but if hes gonna put all of that in one single comment, Disqus would crash beyond repair

?that ssgn is at periscope depth which means they let you see it..do your rudimentary search about subs then write your bs…they are gathering info of your submarines Fateh torpedoe capability…ps:ı am also very curious about that…

you are clearly stupid

Troll vs Troll
The Battle of Wits

ehhh….dont read then my comments if you think that ı am ”troll”..just wrote something about subs and it means ”trolling”..very honest indeed…??

I’ll read whatever it pleases me to read.
I was actually being a little sarcastic in that comment given the endless display of troll like behaviour. The urge to comment became overpowering. You know what to do when you can’t take a joke….

no, just showing to iranians ”ı am here”…useless,childish show-off..

for the sake of this universe do not breed please….xD ı am ready to pay you 100 dollar every month for not writing me anymore…now eat this ?shit eater…??

you are the cognitive retarded in your own countries and they are the cognitive elites they did the same thing as us only that they moved around to do it and we didnt we just assimilated because we are the center it was as easy as it is for russia
https://www.youtube.com/watch?v=HnfRJAAYhl0

listen to the jews themselves if you dont believe me -.-

well here is the bad news for zionists subs…..

the persian gulf is a cemetary for subs.
period.

Red sea yes Indian ocean no if they stay far enough away from the coast.

ali where are you from?

so you are not from iran but you talk farsi

please do yourself the favor and watch this aswell you are it seems not even aware of anything iam talking about all of the time you are basically as delusional damaging to iran as it can be you would parade iran basically becoming a lackey like for example iran buying a few 100 new fighter planes would make you parade which indeed would make me furious
https://www.youtube.com/watch?v=HnfRJAAYhl0

very simple mr larper that is how it looks like 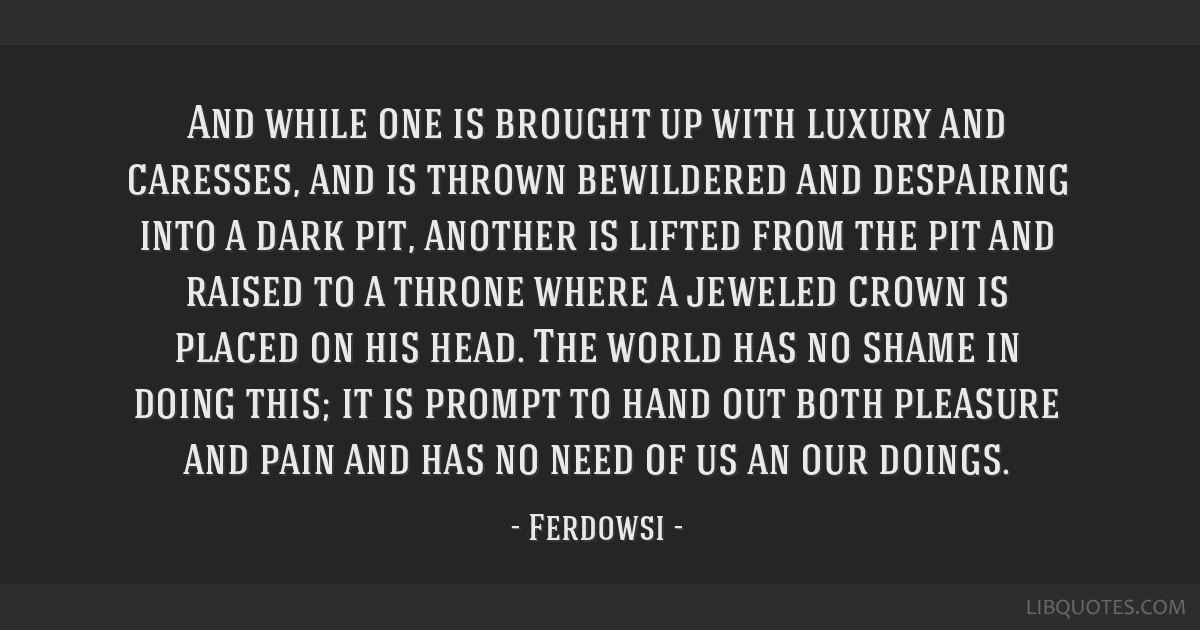 The Persian Gulf is barely 150 meters deep even in most shipping channels, so the dumbarse Americunts will have a hard landing on the craggy bottom lol

By now the stupid Yankees have become the international laughingstock, rather than creating tensions they ended up making everyone laugh at them, what is happening at their home shows them for what they have always been, pure fiction, and from here on for them it will be worse and worse, and isisrahell will be drawn into the same shit vortex.

in any warfare between US / israel subs and iranian forces……no submarine will make it out of the persian gulf again………it is a “bathtub” for subs….a cemetary

Exactly the USSA submarine is meant for deep water operations and is inferior defenseless, when in shallow waters where smaller diesel subs made for shallow waters have the advantage as do anti submarine aircraft and ships against a large deep sea going sub.

The dumbarse Americunts spying lol, these are open exercises and the new Corvette Zereh tested its SSM very successfully, the Americunts were impressed. 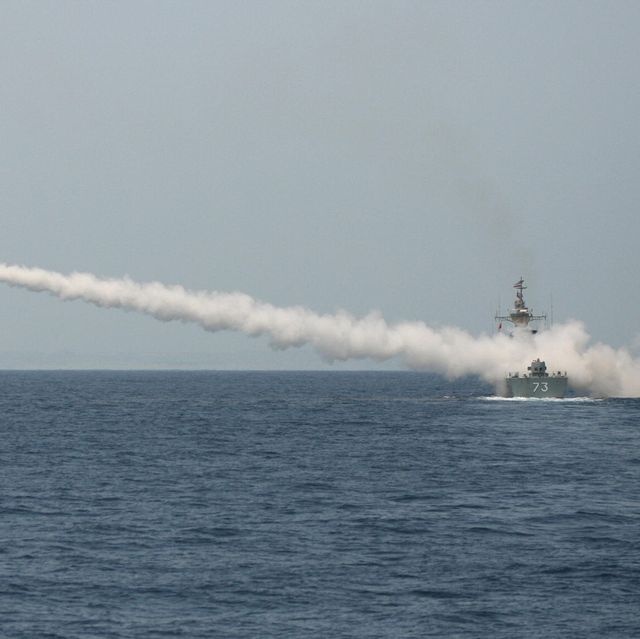 US is playing silly buggers. Open naval maneuvers in the confines of the Persian Gulf are not secret, so why look silly spying?.

US Navy can hardly be catagorized as brilliant for sending a submarine the size of the Queen Mary into it’s chosen enemies backyard ponds. With passages in/out that large sea life must request permit, and bar pilot to navigate.

pity they couldn’t sink it which, had they, had made special slime netanyahu come in his pants thinking of a full scale war conducted by the ever stupid morons from the disunited states of A for and on behalf of the soon to be extinct jews in palestine (the latter he can feel is in the air but the slimy jew does his best to put the lid on any such ill-boding thoughts).

I am here to read comments…and all I can read is incomprehensible comments of farbat..
who the hell is he?

if it doesn’t fit your world view you are welcome to fuck off for good, never to herd from again.

Why so aggressive?
@stafJustice has a legitimate complain.

Oh my brother…farbat alone has almost half of what should be read here…take it easy.

Sure, we all like reading sensible comments, but when they reach dribble spam level then it becomes a bit cumbersome. He does make valid points though.

What do they spy–new species of jellyfish?