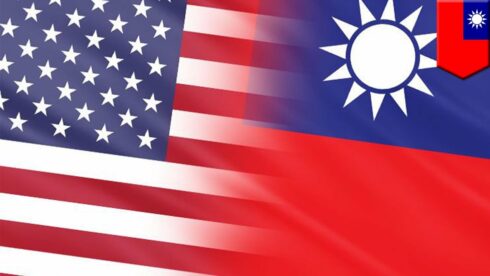 Can the global economy stand yet another conflict involving a great power?

The United States has decided to reject Beijing’s claims over the Taiwan Strait, and has also advanced talks with Taiwan about arms sales. This was a direct message to China. As a response, on June 21, Beijing sent 29 warplanes into the Taiwanese air defense identification zone (ADIZ), including electronic warfare aircraft, fighter jets, anti-submarine aircraft, and electronic intelligence aircraft. This was a very clear message to the United States and the Taiwanese authorities in Taipei. China had already sent warplanes on May 30, and this was after US President Joe Biden stated, a few days earlier, during his trip to Japan, that Washington would intervene militarily to protect Taiwan if Beijing attacks it.

The rhetoric has been escalating. During a meeting at the sidelines of the Shangri-La Dialogue summit in Singapore, on June 10, the Chinese Defence Minister Wei Fenghe told his American counterpart Lyold Austin that Being would be prepared to go to war over its territorial integrity. US Defense Secretary Lloyd Austin in turn, warned Beijing not to engage in any more “destabilizing actions” in the region.

Over the last months, Chinese authorities have reiterated their stance that the Taiwan Strait is not international waters. Washington has now explicitly claimed it is – and has been sending naval vessels through these very waters, as part of exercises.

The United States had always pragmatically recognized the legitimacy of Beijing’s government, including its “One China Policy”. It seems however Washington is changing its foreign policy, and this could be a game-changer development.

Taiwanese foreign ministry spokeswoman Joanne Ou said the Taiwan Strait is “an international waterway, which is outside of our territorial waters and is fit for the principle of freedom of navigation in the open sea”, and has also reiterated Taipei’s support for Washington: “We perfectly understand and support the freedom of navigation missions by the United States that help promote peace and stability in the region.”

Promoting peace and stability is not qhite what the United States does. For example, it has been building a major precision-strike missile network along the first island chain, which is a chain of islands near the Chinese coast. Such is part of a $27.4 billion operation. Washington has also been advancing the QUAD as a “new NATO” to contain Beijing. American recent engagement with Nepal must be seen in this same light. New Zealand has also been under pressure to align with AUKUS. American anti-Chinese initiatives abound: there is even a “new QUAD” , the so-called “Afghanistan – Uzbekistan – Pakistan Quad Regional Support for Afghanistan-Peace Process and Post Settlement”.

There has been a trade war (the “new Cold War”) going on between Washington and Beijing – and this intensified during the previous US President Donald Trump’s administration. Thus, there is a larger context of rising United State-China tensions. The recent China-Solomon islands deal alarmed the American, for instance.While there is a geopolitical and geoeconomic dispute between the two great powers, Taiwan however could be a red line for Beijing. It would be unwise to cross it, especially today.

Taiwan’s top trade negotiator, John Deng, has warned that a Chinese military attack on the island could harm the global economy much more than the Russian-Ukrainian war. The effects on any industry that relies on computer chips, for example, would be tremendous.

At this point, the global economy is not doing so well. This Wednesday, by 03:45 a.m. ET (0745 GMT), the DAX in Germany actually traded 2.1% lower, while the UK’s FTSE 100 dropped 1.2%, and the CAC 40 in France fell 1.8%. Even though the main European indices showed minor gains on Tuesday, the global feeling has turned negative. British inflation hit a 40-year high in May, and has remained very high even though the Bank of England raised interest rates last week for the fifth time. According to Carrefour chief executive Alexandre Bompard, global inflation is “here to stay”. In Europe, energy prices are skyrocketing due to their dependence on Russia for gas and oil and due to sanctions the Western countries themselves imposed.

Today we are already facing a global energy crisis, and soaring fuel costs have become a political problem in the US and elsewhere. Moreover, the specter of a real food crisis haunts the world. It would seem Washington is bent on maintaining an already declining unipolarity even if it costs destroying the world’s economy.

In 2016, during the Charles Koch Institute “Advancing American Security: The Future of U.S. Foreign Policy” conference, American diplomat and University of Chicago’s political science scholar John Mearsheimer predicted the current Russian-Ukrainian war. In an interview, when asked what the greatest US foreign policy mistake was, he mentioned Washington’s doings in Ukraine (the other expert sitting next to him, Kathleen Hicks, mentioned Iraq).

Measheimer said: “we are doing a number of things in Eastern Europe that they [the Russians] view as very provocative. I spent a lot of time studying great powers behavior (…). You take a country like Russia, that has a sense of vulnerability…And you begin to push them towards the ledge, you get in their face… You are asking for trouble (….) It is possible you could have a real war.”

A global superpower such as the US can interfere in the regional disputes of a lot of other states and bully them with relative impunity. American invasions and interventions brought chaos and famine to a number of countries over the last decades, but most of the time these disasters did not affect the West itself so much or the global economy. When it comes to great powers, things get different. At this point, it seems Washington cannot help but to get increasingly provocative with the two other superpowers in the world simultaneously.

china and it’s buttboy russia are gonna feel the pain…

Anglia
Reply to  none

Work At Home
Reply to  none

Last edited 3 months ago by Work At Home
-2
Reply

Oh, they’ll bring it alright and Bidet, Austin and Milley will be “socially late” to the party as usual. To busy making sure everyone is jabbed, boosted and gotten their Pronoun reeducation completed.

The Taiwanese conspiring with the West to destroy their own kind (Chinese). SHAME, just like the Ukrainians.

Florian Geyer
Reply to  none

Tis better that China destroys Taiwan than allow the USA to control Taiwan.

The US would then have a shortage of Micro chips for many years :)

China would do well to shoot the US aeroplanes that deliver these weapons and also sink any ships that are delivering them.

The US MIC needs more revenue so let’s start a war with China now. Sheesh. Anyone else getting tired of the constant war mongering from Western war hawks?

The US is a back and forth lying bunch of pieces of shit.