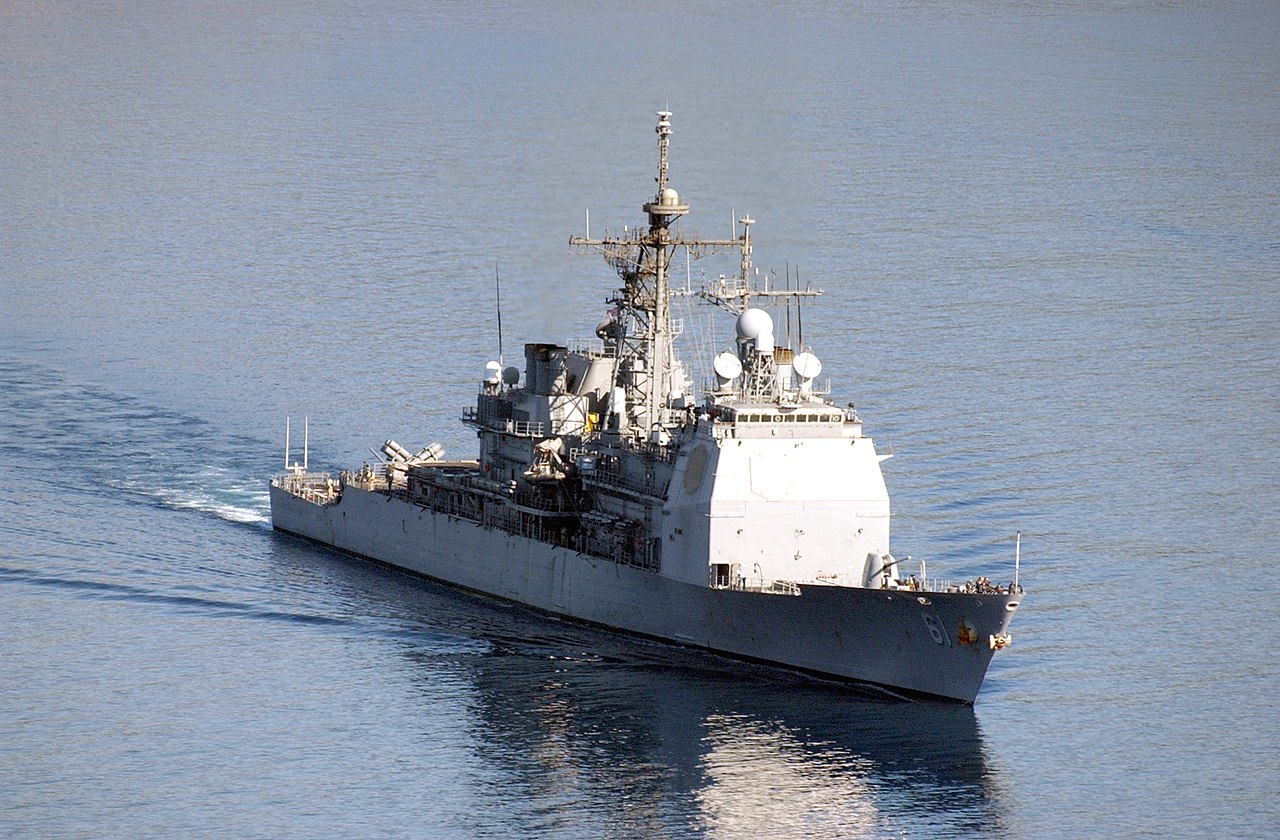 On May 8, the US Navy 5th Fleet announced that one of its warships had seized a weapons shipment in the North Arabian Sea.

In a statement, the 5th Fleet revealed that that the shipment was hidden aboard a stateless dhow. The guided-missile cruiser USS Monterey (CG 61) seized the shipment in international waters on May 6 and 7.

Laid out on the deck of @USSMonterey

Thousands of illicit weapons interdicted by guided-missile cruiser @USSMonterey (CG 61) from a stateless dhow in international waters of the North Arabian Sea on May 6-7.

According to the 5th Fleet’s statement, the original source and intended destination of the weapons are currently under investigation. The seized weapons are now in US custody awaiting final disposition.

USS Monterey provided more than 36 hours of over watch and security for its boarding teams and the interdicted vessel throughout the two-day operation. pic.twitter.com/IIqA7qCKMO

In the last few years, the US Navy seized loads of weapons in the north Arabian Sea. Many of the seized shipments were allegedly en route to Yemen.

These weapons may have been sent by Iran to its allies in Yemen, the Houthis (Ansar Allah). The US Navy has been taking part in the Saudi-led blockade on the war-torn country for more than five years now.

Iranians plans are getting smoked everywhere it seems.

Do I believe this is from Iran supporting the Houthis? Yes, and it shows how little Iran is actually supporting them. This amounts to small arms weaponry, of lesser caliber than we gave the the head choppers in Syria.

The US of terrorists A are just pissed because they are not selling those weapons. Funny how the US CONSTANTLY cries about free and safe travelling through international waters and anti-piracy when they are the first ones pushing piracy everywhere.

Do as I say but not as I do? American hypocrites! USA, number one terrorist country in the world…BY FAR!

Jesse, -1. Iran is far from cornered, one small shipment of arms being smuggled into Yemen captured is imperceptible. Consider the number of shipments that make it through the illegal blockade which is both a war crime, and a crime against humanity for each one captured. Arms are the least of the shipments affected by the blockade, humanitarian aid, medical supplies, and other essential needs for the people of Yemen you know civilians, are blocked by US military intervention, and US Government sanctions. And, the US backed Headcutters are still losing ! Badly !!! The Headcutters have lost some of their US Government backing at least for now. The cost of reinstalling the US Government designated puppet Government in Yemen fails the cost/benefit test. Isn’t it great to be dead wrong on issues, and just keep up the stubborn wrongheadedness ? Ever wonder what the reason is US Government doesn’t just attack Iran directly ? After all US is this huge superpower, and everything…. Right ?

why you dont report the large fire in Israel near Rafael Advance Defence facility?

why you dont report the large fire in Israel near Rafael Advance Defence facility, based?

After looking at the area of the Sea. Pakinstan, India, Oman, Iran has a small border. Plus, Treaties are in effect. Russians are real particular about where their weapons are going. Black Market. The Witch Doctor of the D.o.D. and unbaptisted U.S. Sec. of State are using propaganda. Just like Syria does. Labels the weapons of U.S., Israel, Germany, French. This is a set cup against the Russians and Chinese. Sauds, Qatar murdering everyone with their so-called Rebels.

“At the beginning of 1924, we received a call from Baron Louis de Rothschild; one of his friends, Max Warburg from Hamburg, had read my book and wanted to get to know us. To my great surprise, Warburg spontaneously offered us 60,000 gold marks, to tide the movement over for its first three years.”

In his book «Praktischer Idealismus», Kalergi indicates that the residents of the future “United States of Europe” will not be the native People of the Old Continent, but a kind of sub-humans, products of miscegenation. He clearly states that the peoples of Europe should interbreed with Asians and colored races, thus creating a multinational flock with no quality and easily controlled by the ruling elite.

” The seized weapons are now in US custody awaiting final disposition. ” which will be to friendly peace loving terrorists , oops , I mean freedom fighters, defenders of civilians and human rights groups such as ISIS and al Qaeda .

@ Jim , Spot on .. @ hmm there is nothing to stop all the scum from posting. Best to ignore their mindless crap. Jens is back but in reduced volume of crap and baiting people.. Proud Hindu also and not sure it is even Indian just loves to stir the shit with nothing intelligent to say. This new comments section is rather clunky so best to just ignore the morons.

Actually we are many inclding Russia and China fighting piratsy.

This is not related at all. Or YOU ARE NOT RELATED AT ALL.

You see, what You want to see.

I fx see 1 dwow captured and many others not. I could be as I write here.

Maybe he was inspired by Mein Kampf from 1923.

The Communists would mix all kind of people they controlled and raise them as superhumans.

Whenever You throw dirt, Ypu will not be ignored.

@AntiZion, when did it happen?

Great comment Yuri. This may well be a “new” way to supply the favoured terrorists with weapons. What would be easier than purchase a cache of weapons, load them into a “dhow” and put some low-paid stooge in charge of the ship. Later on you pretend to “intercept” this flagless boat, that has in actual fact been sailing under the protection of US Navy up to that moment, and proceed to seize the cargo. It’ll then be marked for destruction (to satisfy the civilians at home) but actually it gets delivered to your favourite group, as was the plan all along. Bottom line is, anything seized in the high seas can be from anywhere, and unless it all goes to a highly public trial, all we hear is bs. It cannot be any other way.