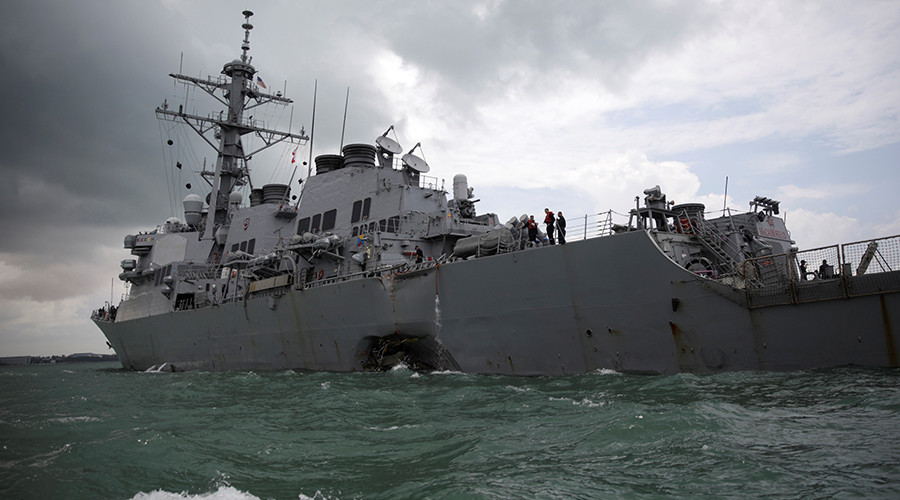 Navy and Marine Corps divers have recovered the remains of 10 sailors previously listed as missing following the last week incident when the destroyer USS John S. McCain collided with an oil tanker near Singapore on August 21.

Five sailors were injured and ten reported missing after the destroyer USS John S. McCain with the oil tanker east of the Malacca Strait. The cause of the crash is still under investigation.

“Prior to arrival, he participated in the International Maritime Security Symposium hosted by the Indonesian Navy in Bali, Indonesia.

A career submariner, Sawyer has extensive experience as a commander in the Indo-Asia-Pacific. His most recent assignment was deputy commander, U.S. Pacific Fleet in Hawaii. Before that, he was commander, U.S. Submarine Forces Pacific, also in Hawaii; and commander, Submarine Group 7/ Task Force 54 and 74 in Yokosuka. His afloat commands were USS La Jolla (SSN 701) and Submarine Squadron 15 in Guam.

A Phoenix native, he graduated from the United States Naval Academy in 1983 with a Bachelor of Science in Systems Engineering. He received a Master of Engineering Management from Old Dominion University.

U.S. 7th Fleet is the largest of the U.S. Navy’s forward deployed fleets. At any given time there are roughly 50-70 ships and submarines, 140 aircraft, and approximately 20,000 Sailors in the region. Seventh Fleet’s area of operation spans more than 124 million square kilometers, stretching from the International Date Line to the India/Pakistan border; and from the Kuril Islands in the North to the Antarctic in the South,” the statement reads.

The previous US 7th Fleet commander, Vice Adm. Joseph Aucoin, had been dismissed “due to a loss of confidence in his ability to command.”

Perhaps the US sailors need to be trained in using one of the most efficient aids known to man , rather than relying on Sat Navs etc.