Few moments ago, the Russian Foreign Ministry announced that Moscow had suspended the memorandum of understanding on flight safety in Syria with the United States.

The move followed US missile strikes on the military airfield in Ash Sha’irat belonging to the Syrian Air Force.

“Without bothering to investigate anything, the US went forward with a demonstration of force, a military confrontation with a country that is fighting international terrorism,” the statement at the Foreign Ministry’s website reads. “Obviously, the cruise missile attack was prepared beforehand. Any expert can tell that the decision to strike was made in Washington before the events in Idlib, which were used as a pretext for a demonstration.”

This means that the US-Russian cooperation over a safety of the sides’ aircraft in the Syrian airspace is de-facto frozen or at least dramatically reduced.

Meanwhile, contradictory reports are appearing from the Ash Sha’irat Military Airbase itself.

1. The Ash Sha’irat military airfield has been destroyed and its aircraft damaged in US missile strikes, the Russian state-run news agency Sputnik reported, citing an airfield staffer.

“All aircraft located there have been damaged, you can say it is completely destroyed,” the agency quoted the staffer as saying, adding that flames continue to engulf the airfield following the attack.

2. At the same time, the video from the ground does not show a major impact of 59 Tomahawk cruise missiles that reportedly hit the area. There are also no photos and videos of Syrian aricraft destroyed in the area.

Right now it’s possible to confirm that the main damage was suffered by the airfield infrastructure. No confirmed information about the number of oeprational warplanes and helicopters damaged by the strikes is available.

According to the Al Mayadeen TV channel, the Syrian military had evacuated a notable part of operational aircraft from the base before the US missile strikes. IF this confirmed, the destroyed aircraft were very old and non-operational.

According a Russian correspondent, Oleg Blohin, (he is now in Syria) the airfield was not damaged significantly.

Journalists of the Russian FAN news agency released a video from the site (please, note that air defense missiles sites and 0:35 and 1:05 are not destroyed): The Kom News released another video from the area:

VIDEO: First footage of the Syrian airbase hit by US strikes – @KomNewsCom pic.twitter.com/wVmCca0iiL

http://st.ilfattoquotidiano.it/wp-content/uploads/2017/04/usasiria1-990×704.png
The hangars are completely destroyed. You can not notice it from the base perimeter.

The “completely” is a wrong word in this case. 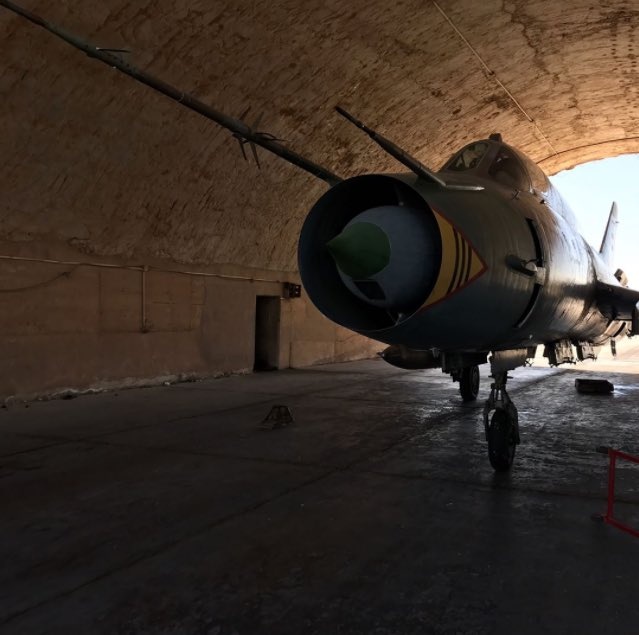 More photos and videos from the area: https://southfront.org/photos-from-shairat-airbase-9-aircraft-were-destroyed-reports/

-Claims hangars are completely destroyed.
-Cites picture from last year as evidence of it.

BREAKING NEWS!
If Syria had chemical weapons to even load onto the planes in the first place, then wher the US-Empire destroyed the munitions at the base, chemicals would have went everywhere and wiped out 100 Syrian people at least.
However, no one is sick, no chemicals were released!
Syrian and democratically elected Assad has no chemical weapons!
Syria is innocent, Israel the US-Empire and the UK-Empire and France and Turkey are guilty!
Time to put Trump and Obama and Clinton and Benjamin on war crimes trials!
http://www.dailystormer.com/strikers-analysis-the-jews-want-this-war/