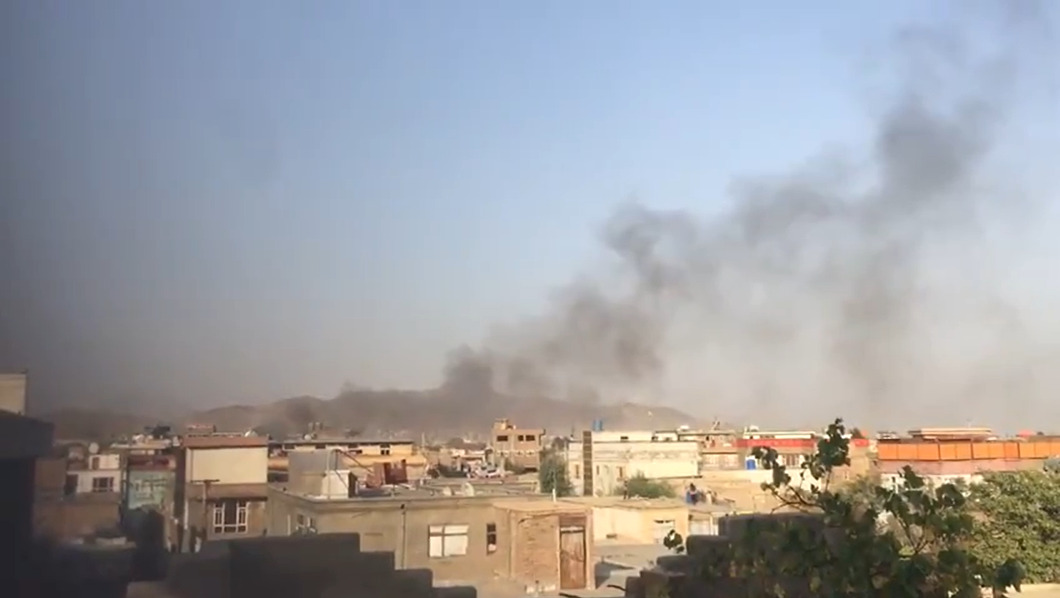 Screen grab from one of the videos showing the aftermath of the US military strike on Kabul.

On August 29, a large explosion was heard near Kabul airport where the remaining US troops in Afghanistan are making their final preparations before withdrawing.

Two US officials told the Reuters news agency that the US carried out a “military strike” on the Afghan capital. The official, who spoke on the condition of anonymity, said the strike targeted suspected ISIS – Khorasan Province (ISIS-K) militants.

Later, a spokesman for the Taliban, the de-facto ruler of Afghanistan, said that the US strike targeted a suicide bomber in a vehicle who wanted to attack Kabul airport. US defense sources confirmed these claims and went on to reveal that the vehicle was rigged with explosives and heading to the airport.

Afghan sources said that the US strike hit Kabul’s PD-15 district which is located only a few kilometers to the north of the airport.

Some residential house was hit way outside airport. Probably improvised mobile launcher was used like in previous types of attack #Kabul #Afghanistan pic.twitter.com/d5Ql4Q3PYk

A rocket fired at a residential house in Khwaja Bughra, #Kabul city.
Several people were killed in the incident. pic.twitter.com/x94kezErM4

Seems there are 5 casualties. At least one more person killed and 3 injured #Kabul #Afghanistan pic.twitter.com/SP5qiTAwx2

As many as five fatalities were reported after the strike. Some sources claimed that a woman and a child were among those killed. These claims are yet to be verified.

Earlier, the US Embassy in Afghanistan has asked American citizens to immediately leave the airport area in Kabul because of a security threat. The demand followed Biden’s claim that another terrorist attack is expected at the airport in the upcoming few days.

Three days ago, 13 US service members were killed and 18 others were wounded when a suicide bomber of ISIS-K blew himself at one of Kabul airport’s gates. The attack claimed the lives of 170 people and wounded more than 200 others.

The new strike on Kabul is the second US attack on ISIS-K since the beginning of the withdrawal from Afghanistan. On August 28, two high-profile leaders of the terrorist group were killed in a US drone strike on the eastern Afghan province of Nangarhar.

US forces are expected to complete their withdrawal from Afghanistan before the end of August 31. Yet, hundreds of US citizens and Afghan collaborators are still waiting to be evacuated from Kabul. Their fate remains uncertain.

Yeah, sure, right. US intelligence is so poor they were caught with their pants down re takeover by Taliban, but certain this particular person was on a suicide mission.

Are you completely retarded?

There goes the local kabob shop…

There’s no Drone bases in Pakistan