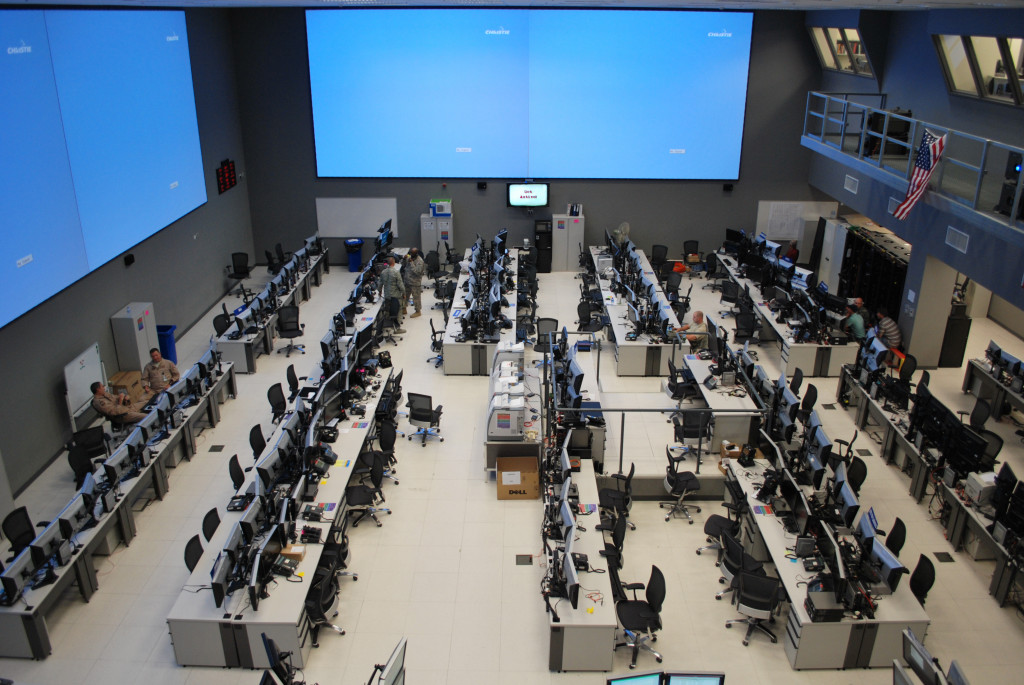 The largest US base in the Middle East accommodating approx. 10 000 troops is located at the “Al Udeid” Air Base in Qatar, close to the capital Doha. The U.S.-Qatar military relationship is extremely important and surprisingly “free-of-charge”. It is well known that Qatar provides the U.S. military with exceptional access to two of the major Qatari military installations – “Al Udaid” Air Base and Camp “As-Saliyeh” – perhaps, CENTCOM’s most important operating installation outside of Iraq. There were some struggles in building additional runways at “Al Udaid” Air Base during 2008-09 but it all seems to have been amicably resolved. Another issue that was present between the two sides was the ownership of the facility. For example, ““Al Udeid”” Air Base is a Qatari Air Force Base. However, while there were probably only 100 or so Qatari personnel stationed there, as of 2015 the facility hosted over 10 000 U.S. military personnel, but technically it is not a U.S.’ base [Only the permanent stationing of military troops in another country constitutes a base. A facility may be smaller, have a lower profile — particularly if it is manned primarily by locals, and be more focused on support activities.].

Qatar is situated halfway along the west coast of the Persian Gulf, on the eastern side of the Arabian Peninsula. The present population is estimated at 600,000 inhabitants most of whom reside in Doha, the capital city. It is a Peninsula that extends northward covering an area of 11,437 sq. km. as well as a number of islands in the coastal waters of the peninsula. The terrain is generally flat. However, there are some hills and sand dunes which reach an altitude of 40 metres above sea level in the areas of Dukhan and Jebel Fuwairit in the western and northern parts of the country and Khor Al-Udeid in the south.

Undoubtedly one of the most scenic of places to visit in Qatar is Khor Al Udeid – or the inland sea which penetrates the country in the southeast. Khor means inlet in Arabic. Here the sea surges in a wide channel dividing Qatar from Saudi Arabia and then curves to create a vast, shallow tidal lake. The Khor Al Udeid is not, despite its name, a real landlocked sea, but is a long, narrow channel of the Gulf on the borders of Qatar and Saudi Arabia. A huge tidal lake is formed at the inlet between Saudi Arabia and Qatar. It is a surreal place, with white sand dunes on one side of the inlet facing the pink cliffs of Saudi Arabia on the other. It is long way off the beaten path and you will need either a boat or a four – wheel drive to get there. The government is particularly keen to preserve the beauty of Khor Al Udeid, and it has been agreed that no construction is to take place in the region. As a result, the area is pristine, and attracts wildlife, such as the migratory birds which gather there in abundance. The area is vast and affords plenty of opportunity to drive over both sabkha, or salt flats, and an astounding variety of sand dunes of all shapes and sizes. The area contains many magnificent, unspoiled beaches and is perfect both for day trips and for overnight (or longer) camping trips.

A FEW WORDS ABOUT PAST

Qatar agreed to host pre-positioned equipment for an Army brigade, and in 1996 it hosted an air expeditionary force consisting of 30 fighters and four tankers. Air Force pre-positioning was facilitated by the construction of what may be the premier air base in the Gulf at Al-Udeid. The Qatari philosophy standing behind the construction was likened to “build it and they will come”- or in other words to obtain the best defense by providing the best facilities for the US and coalition forces. The Al-Udeid Air Base was built at a cost of more than a billion dollars. Its runway measures 15,000km long — the longest in the Gulf. The facility’s shelters can accommodate nearly a hundred aircraft, rather more than needed by the Qatari Air Force, which has only a dozen fighters. The facility is owned and operated by the Qatari armed forces.

By early 2002, the numbers of the US warplanes and personnel at the base had increased substantially. As of mid-March 2002 several thousand American troops were stationed at Al-Udeid in support of Operation Enduring Freedom. Many of these troops were supporting the large complement of US aircraft, which included F-16 fighters, JSTARS reconnaissance aircraft, and KC-10, KC-130 and KC-135 aerial tankers.

By late March 2002 the US was moving communications and computer equipment from Prince Sultan Air Base in Saudi Arabia to Al-Udeid, in a move intended to provide long-term operational flexibility to war commanders in the region. The equipment relocation would allow various forces in the region to operate better together. These preparations have made it possible for the United States to set up a new headquarters in the space in a few days. The facility is an alternative Combined Air Operations Center though the modest Qatar facility is not a complete replica of the CAOC at Prince Sultan AB in Saudi Arabia. 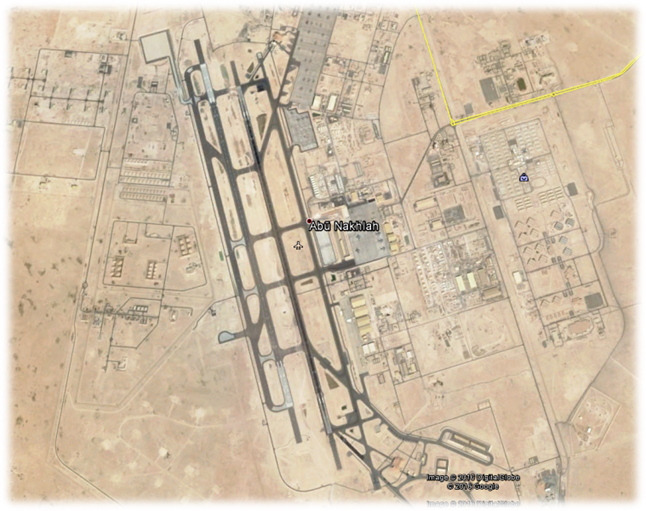 By September 2002, about 2,000 American soldiers were stationed at “Al Udeid”, down from a peak of 4 000 during the 2001 war in Afghanistan. The U.S. kept two dozen KC-135 “Stratotankers” and KC-10A “Extenders” at the base for in-flight refueling of fighter jets and bombers over Afghanistan. And though the number of American soldiers on the base had fallen by half since the peak of the Afghan campaign, to about 2,200, the base had been expanded over the previous year to accommodate up to 10,000 troops and 120 aircraft.

Services under the War Reserve Materiel (WRM) contract are performed by DynCorp Technical Services.  DynCorp provides support to bare base systems, medical, munitions, fuels mobility support equipment, vehicles, rations, aerospace ground equipment, air base operability equipment, and associated spares and other consumables at designated locations. Responsible for asset receipt, accountability, serviceability, storage, security, periodic inspection and test, maintenance, repair, outload, and reconstitution of prepositioned WRM. This is a one year contract with an option to renew the contract. The total length of contract is seven years.

War reserve materiel includes medical and munitions, warehousing of rations, and various other supplies. The contractor shall be responsible for performing all or any specifically designated portions of the functions accomplished under this contract during any wartime operations. Wartime operations are those actions, including contingency planning, which would be required to support current or any future United States Air Force wartime requirement.

Recently, there are reports that some threats faced by the personnel deployed there other than ISIS. Transient soldier, airmen, sailors and marines (that means they have been there for about 6 months now) are housed in metal trailers, which have been in place since the mid-90s and spend most of their time in cleaning it and removing the sand and crud from previous residents. 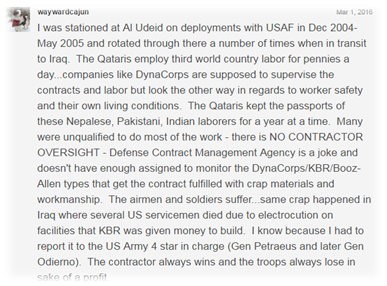 Accommodation modules are old and the talcum powder like sand gets into everything and it is a maintenance nightmare. The hardened billets (known as BPC) are reserved for those who are on 6 month or longer tours.  Another issue is that the base is forced to use Qatari construction firms whose standards are far below US standards and the shower and restroom facilities are very difficult to maintain. The air conditioning units do freeze up due to the sand the use, most do not realize that Qatar is on the Gulf and humidity is very high (80-90%). Also, often the main power line are cut and most of the buildings rose to 100+ degrees in an hour, but this was in the middle of summer and the temperature was 125 degrees.  It was cooler for those troops not on duty to be outside in the shade since it was cooler than in the dorms or trailers.

Public affairs officers at Al Udeid have said that “if the world knew what we were doing here, there would be riots in the streets”. They radically restrict news media access to the base for this exact reason.

I wonder what exactly r they doing there..

Is this the same Qatari Government that’s supporting Terrorism? Then why is our Military there?

Despicable… withdraw our Troops and assets from Qatar.

[The Arab world’s biggest powers cut ties with Qatar on Monday, accusing it of support for Islamist militants and Iran, and reopening a festering wound two weeks after U.S. President Donald Trump’s demand for Muslim states to fight terrorism. Saudi Arabia, Egypt, the United Arab Emirates and Bahrain severed diplomatic relations with Qatar in a coordinated move. Yemen, Libya’s eastern-based government and the Maldives joined later. Transport links shut down, triggering supply shortages. Qatar, a small peninsular nation of 2.5 million people that has a large U.S. military base, denounced the action as predicated on lies about it supporting militants. It has often been accused of being a funding source for Islamists, as has Saudi Arabia.]

New base going up on Saudi side of border as fast as they can move sand. Check out the area of Khafus on Bing maps (still old imagery) and then Google maps. Long a disputed region between Saudi, Abu Dhabi and Qatar…the Saudis have now been given green light to set things straight in the GCC.

Dyn is a front group for US Congressmen campaign funds.

Do you feel to join the Navy? Aside from providing the training and education you need to be in service to the United States, the Navy fosters personal development and leads to excellent career opportunities. To join, you’ll need to meet several qualifications and make a commitment to service. Read on to learn what you need to know to get started help to join the navy you can send a message to this email jd3765809@gmail.com by name john david thanks.

In the article you have the following typo – “”” The Al-Udeid Air Base was built at a cost of more than a billion dollars. Its runway measures 15,000km long — the longest in the Gulf.””” – That’s one helluva runway …lol ~

Can’t stop the sand from getting in topside. You can try and try but it’s all in vain.