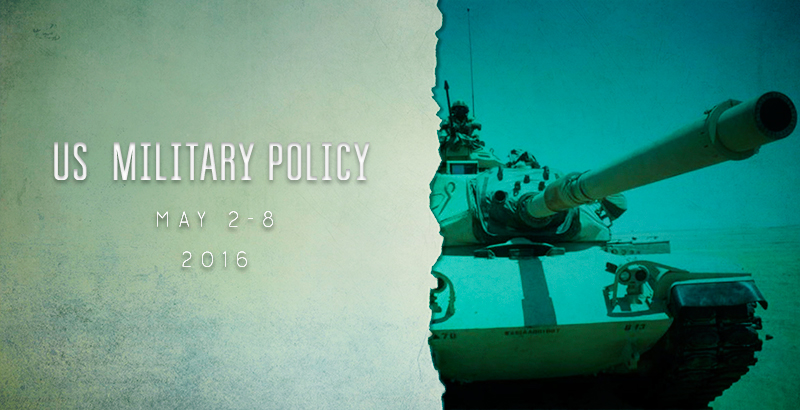 On May 2, U.S Defence Secretary Ash Carter welcomed the announcement by Prime Minister Erna Solberg that Norway will expand its role in the fight against the Islamic State of Iraq and the Levant.

Norway will deploy special operations forces to Jordan to train Syrian Arab Sunni fighters and to send a medical team to northern Iraq.

On May 4, in Stuttgart, Germany, defence ministers who represent core countries contributing to the fight against the Islamic State of Iraq and the Levant, agreed that they will continue to do more to accelerate ISIL’s defeat.

U.S Defence Secretary said that their goals include the stabilization of Iraq’s Anbar province and the training and equipping of Iraqi security forces, including Peshmerga forces in the north. Moreover, enveloping the city of Mosul, identifying and developing more local forces in Syria that can isolate and pressure the de-facto ISIL capital of Raqqa. They will provide more firepower, sustainment and logistics support to U.S. partners so they can collapse ISIL control over both cities.

In Iraq, the United States is placing advisors with Iraqi forces at brigade and battalion levels. They also increased Apache attack helicopters to support Iraqi efforts to envelop and retake Mosul, sent more rocket-artillery systems to support the Iraqi ground offensive, and provided $415 million to the Peshmerga.

During the meeting in Stuttgart, the ministers discussed the situation on the ground in Iraq and confirmed the importance of retaking Mosul. The French Defence Minister Jean-Yves Le Drian led a discussion of the state of the campaign in Syria. The ministers reviewed recent operational gains by local coalition-supported forces and discussed the importance of closing off the Manbij area to ISIL.

The ministers also noted that more resources are needed to support coalition partners in the next steps of the campaign in logistics, trainers, ammunition, special operations forces, sustainment and medical supplies, spare parts for Iraqi equipment, and support for stabilization efforts as the campaign frees territory from ISIL control.

U.S Defence Secretary Ash Carter said the ministers agreed to meet again this summer in Washington, along with their counterparts from other partners in the counter-ISIL effort.

Additionally, on May 4, U.S. Army Gen. Curtis M. Scaparrotti assumed the command of NATO’s Allied Command Operations from Air Force, Gen. Philip M. Breedlove, in a ceremony at NATO’s Supreme Headquarters Allied Powers Europe. Scaparrotti took the helm of the U.S. European Command from Breedlove, who is retiring from the military after 39 years of service.

NATO is facing a “resurgent Russia striving to project itself as a world power,” Scaparrotti said. Other concerns for the alliance are terrorism, as well as the refugee crisis “being driven by instability in North Africa and the Middle East,” he stated.

Scaparrotti, who formerly led U.S. Forces Korea, said he will continue Breedlove’s priorities and maintain the important relationships NATO has forged over the decades.

The change-of-command ceremony included a flyover of four F-16s from the Belgian air force to pay tribute to all deployed NATO forces and honour Breedlove, who is a fighter pilot with more than 3,500 flying hours, primarily in the F-16. Under sunny skies, eight members of the NATO parachute demonstration team jumped from an airplane, each carrying a flag, and landing on the field to applause from the crowd.

There are currently about 62,000 active U.S. military personnel authorized in Europe, including 52,500 who directly support Eucom.

Following the April 29 release of an investigation’s results involving a mistaken U.S. airstrike on a Doctors Without Borders trauma facility in Kunduz City, Afghanistan, last October, Cleveland addressed Pentagon media by teleconference to describe ongoing U.S. missions in the country.

Some 16 service members were disciplined after the attack by an AC-130 aircraft led to the deaths of 42 people.

The No. 1 goal for Afghans is to be able to defend their own territory and address transnational and transregional terrorist organizations. How to fire weaponry, fly aircraft and other essential skills are part of the hands-on training U.S. forces provide, Cleveland stated.

Advising involves the coalition working with the Afghan National Defence and Security Forces in scenarios where Afghans make decisions based on their training. The assistance segment is based on financial or material support.

The authority was granted with the right to target the Islamic State of Iraq and the Levant in January, and he described the counter-ISIL campaign as an aggressive effort. Aggressive pursuit of al-Qaida and ISIL targets has resulted in about 100 counterterrorism strikes in the first three months of this year.

U.S. Navy ships conduct routine patrols like this one in the 7th Fleet area of operations throughout the year and average roughly 700 days annually in the South China Sea alone. The guided-missile destroyer USS Stockdale (DDG 106) completed a similar patrol on March 5.

On May 6, The United States and Lao PDR conducted their seventh annual Comprehensive Bilateral Dialogue in Vientiane. Assistant Secretary of State Daniel Russel led the U.S delegation, which included officials from the U.S. Departments of State and Defence and the United States Agency for International Development.

Assistant Secretary Russel and Lao Vice Minister of Foreign Affairs Sengphet Houngboungnuang agreed that the U.S.-Lao relationship is stronger than ever. Both officials discussed the importance of the upcoming visit to Laos of President Barrack Obama in September, which will be the first visit by a U.S. President. In addition, they discussed Laos’ current role as chair of ASEAN and the opportunities that the country has when it welcomes world leaders for the ASEAN and EAS Summits this year.

Assistant Secretary Russel highlighted the progress that Laos has made in surveying, locating, and clearing UXO, and said the United States eagers to help Laos speed up the process to protect lives and livelihoods and to assist in the economic growth of Laos. U.S. and Lao officials also reviewed progress towards locating the remains of personnel missing from the Indochina conflict period.

U.S. and Lao officials agreed on goals for a comprehensive U.S. development assistance program in Laos, valued at nearly $50 million. Vice Minister Sengphet thanked the United States for its support of Laos’ Sustainable Development Goals, particularly in nutrition, health, education, trade, and justice. He also discussed the benefits of U.S. assistance for Laos’ ASEAN Chairmanship year, which includes training of officials in policy related issues and summit logistics, and in English language.

U.S. and Lao officials also reviewed broader regional and global developments. Assistant Secretary Russel emphasized the commitment of the United States to constructive and beneficial relations with Laos and with ASEAN, indications of the importance the United States places on the broader Asia Pacific region.

Also from May 6–12, Assistant Secretary for East Asian and Pacific Affairs Daniel Russel will travel to Hanoi, Vietnam and Kuala Lumpur, Malaysia.