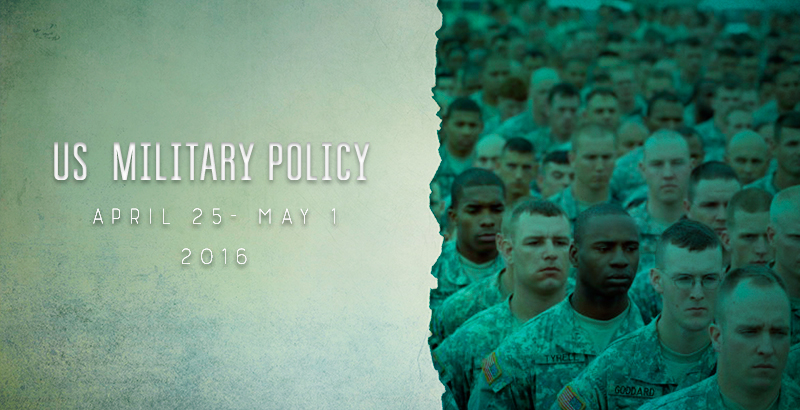 On April 25, U.S. Deputy Defence Secretary Bob Work arrived at the Karlsberg Castle in Stockholm as part of a weeklong trip to Sweden and Belgium to discuss regional security challenges. Present at the main meeting were officials from the United States and Sweden, which co-hosted the gathering, and from the other Nordic states of Denmark, Finland, Iceland and Norway, and the three Baltic states of Estonia, Latvia and Lithuania.

The officials also discussed regional cooperation, the Nordic Defence Cooperation collaboration among the five Nordic countries, an exercise being developed by Sweden called Northern Flag, Baltic operations and their NATO air-policing effort, how the nations can strengthen deterrence, and the fight against the Islamic State of Iraq and the Levant.

Also the Defence Department’s third offset strategy was analysed. The strategy is a U.S. Defence Department effort to offset the strengths of potential great-power adversaries with advanced technologies and innovative ways to use them.

Those technologies include graphene – a carbon material that is one-atom-thick honeycomb lattice that can be used in electronic circuits, batteries and a range of chemical, industrial and medical devices, artificial intelligence, autonomous systems and nuclear detection systems.

The state secretary also expressed appreciation for the U.S. engagement in the region. Work said that the European Reassurance Initiative is designed to reassure allies and partners in the region that the United States is with them.

On April 26, the second day of his trip to Sweden, Deputy Defence Secretary Bob Work toured military facilities and saw the products of a major Swedish defence company.

At the end of the day, Work, along with Swedish State Secretary Jan Salestrand and U.S. Ambassador to Sweden Azita Raji, made statements and took questions from local reporters, during a press conference.

In her statement, the ambassador said that in a month she’s served in her new role she’s been impressed by Sweden’s capabilities and its commitment to cooperation and partnership with the United States in the military security domain.

Salestrand said that he, Work and the U.S. delegation had focused on air and maritime capabilities during their visits in Karlskrona, and over the visit as a whole, on regional security.

During the first part of the day, Work visited the Ronneby Air Base and had a discussion with Swedish Supreme Commander Gen. Micael Byden that focused on a range of bilateral initiatives.

Work’s trip will conclude on April 29 following a visit to Belgium.

On April 25, the Pentagon’s press secretary stated that up to 250 additional U.S. personnel are being deployed to Syria to support local forces on the ground and reinforce the U.S. forces already deployed there.

The reinforcements include special operations forces and medical and logistics personnel. The forces are joining the 50 previously deployed special operators in Syria.

The additional personnel will be establishing connections with capable forces on the ground, working on getting a better picture of the battlespace, and improving the intelligence and targeting assessment.

The U.S plan is not to have the forces on the front lines or engaged in direct combat. They will be enabling and supporting local forces who have made gains against ISIL, and meeting with other capable forces to build on the momentum. The U.S. forces will be able to defend themselves if they come under fire.

On 26 April the U.S. announced that it will use the latest military technology and the addition of up to 450 more U.S. troops to reinforce the U.S.-led coalition’s efforts to enable ground forces in the campaign to defeat ISIS.

The new Stratofortress is an upgraded B-52 with a platform that strikes with accuracy and precision the designated targets. Also, the coalition has begun to use its cyber capabilities in the fight against ISIL.

On April 28, U.S. Defence Secretary Ash Carter told the Senate Armed Services Committee that the moves made last year in the fight against the Islamic State of Iraq and the Levant have proved effective.

The decisions to base additional aircraft in Turkey and field advisors have paid off. Also, improved intelligence on ISIL and help from indigenous forces, regained territory and increased ISIL isolation.

Future actions in the counter-ISIL campaign include stabilizing Iraq’s Anbar province, generating enough Iraqi forces to envelop Mosul, and identifying and developing more local forces in Syria able to isolate and pressure Raqqa. The United States will place advisors with Iraqi forces down to the brigade and battalion level.

Several U.S. artillery units will support the Iraqi ground offensive against Mosul, and the United States will provide up to $415 million to the Kurdish Peshmerga. In Syria, the U.S. is helping indigenous forces to isolate and pressure Raqqa, ISIL’s self-proclaimed capital.

The additional U.S. forces will also incorporate special operators from Europe and the Persian Gulf states. U.S. strategy looks to begin training counter-ISIL forces inside Syria. The United States will also support its fight against ISIL in Libya.

On April 26, Air Force Lt. Gen. Christopher C. Bogdan stated to the Senate Armed Services Committee that the F-35 program, also known as the Joint Strike Fighter program, is of vital importance to the U.S. security.

The flight tests will finish in late 2017 and progress is being made. The production will grow from delivering 45 aircraft in 2015 to delivering more than 100 airplanes in 2018, and up to 145 by 2020. In addition, in the next four years, the program will continue a stand-up of 17 new operating F-35 bases across the world.

According to Frank Kendall, the undersecretary of defence for acquisition, technology and logistics, the F-35 program has made progress over the past four years under Bogdan’s leadership. The F-35 cost and development have remained within the baseline.