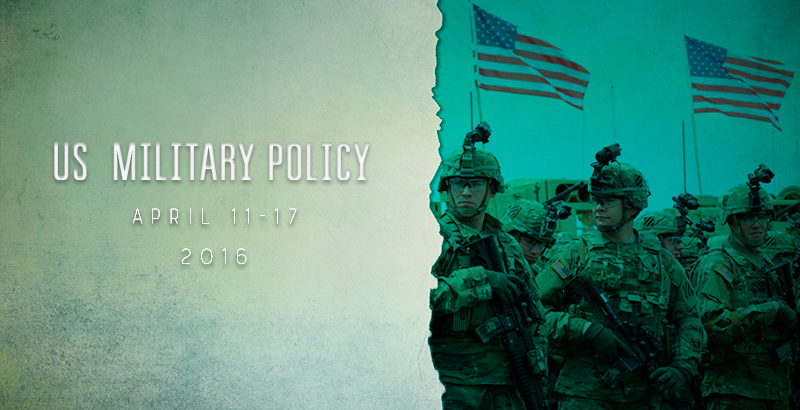 Carter travelled to Karwar, India, to visit the Indian naval base there and to tour the INS Vikramaditya aircraft carrier with Parrikar. The two leaders also visited the amphibious command ship USS Blue Ridge, which was in Goa on a regularly scheduled port call.

Parrikar and Carter then met in New Delhi to review the steps taken to deepen bilateral defence ties since the signing of the new framework for the U.S.-India defence relationship last June.

The two leaders welcomed the efforts by the Indian and U.S. armed forces to further expand collaboration and to increase complexity in their military engagements and exercises, including developing plans for more advanced maritime exercises.

Both sides agreed to strengthen cooperation in the area of maritime security. Carter and Parrikar expressed their desire to improve data sharing on commercial shipping traffic and agreed to commence navy-to-navy discussions on submarine safety and anti-submarine warfare.

They also discussed the importance of maritime security and ensuring freedom of navigation and overflight throughout the region, including in the South China Sea.

Also on April 12, the multilateral Naval Exercise Komodo 2016 kicked off in Padang, Indonesia, with an opening ceremony and arrival of navy ships from 35 nations in the city’s harbour.
The exercise emphasizes readiness and cooperation among navies and will take place in the city of Padang and in the waters of the Indian Ocean. Komodo 2016 is the second iteration of the exercise, which began in 2014 in Batam, Indonesia.

Komodo 2016 features a robust harbour phase that includes an international fleet review and a sea phase training scenario where participating navies will work together to enhance information sharing and maritime cooperation.

During the harbour phase, U.S. Navy Seabees from Naval Mobile Construction Battalion 4 will work alongside fellow naval engineers on a civil-military project, while Sailors from the Arleigh-Burke class guided-missile destroyer USS Stockdale and Patrol Squadron 8 will participate in community service projects at Padang Beach and a cultural exchange with students at Andalas University.

The sea phase will feature divisional tactics, small boat operations, flight operations with helicopters and maritime patrol aircraft, and communication drills. Approximately 48 ships and aircraft from 35 navies will participate in the sea phase, including 18 Association of Southeast Asian Nations (ASEAN) Plus member states.

U.S. assets and personnel participating in Komodo 2016 include staff from Task Force 73 and Destroyer Squadron 7, Sailors from USS Stockdale, a P-8A Poseidon maritime patrol aircraft and flight crew from VP-8, and Seabees from NMCB 4.

The multilateral exercise also coincides with the 15th Western Pacific Naval Symposium, a biennial dialogue that brings together naval leaders from across the globe for discussions and engagement on key maritime issues. This year’s WPNS was attended by Adm. Scott Swift, Commander of U.S. Pacific Fleet.

On April 14, in Manila, the Philippines’ capital city, U.S. Defence Secretary Ash Carter stated that The United States is taking a number of steps to further strengthen its already “ironclad” relationship with the Philippines.

Those steps include the Enhanced Defence Cooperation Agreement and the commencement of the U.S. maritime security initiative. The change in the Asia-Pacific region includes China’s actions in the South China Sea, which are causing anxiety to the U.S. and raising regional tensions.

The United States began joint maritime patrols with the Philippines last month. Those patrols in the South China Sea have the purpose to improve the Philippine navy.

In addition to the patrols, some U.S. Air Force personnel and aircraft will remain in the Philippines on a rotational basis after their participation in this year’s Balikatan exercise.

The arrangement will allow U.S. forces, to conduct high-impact, high-value rotational training exercises and activities in support of the modernization of the Philippine armed forces.

The initial contingent is five A-10 Thunderbolt II aircraft, three HH-60G Pave Hawk helicopters and one MC-130H Combat Talon aircraft. 200 airmen will continue the joint training conducted during Balikatan. They will conduct flight operations in the area, including the South China Sea, and lay the foundation for joint air patrols to complement ongoing maritime patrols.

The maritime security initiative represents a $425 million five-year commitment by the U.S. Defence Department to help countries like the Philippines share information, identify potential threats and work collaboratively to address common challenges in the region’s waters.

On April 13, Army Col. Steve Warren the spokesman for Operation Inherent Resolve, stated that the coalition against the Islamic State of Iraq and the Levant has successfully degraded the enemy, with military efforts now focused on dismantling and fragmenting ISIL.

He said that ISIL has lost more than 40 percent of the territory it once controlled in Iraq and Syria, and has been routed from most of the Turkish border. Phase one of the military campaign, which was to degrade the enemy, was successful in stopping ISIL from advancing.

An estimated 75 percent of Hit is now clear. Iraqi forces are expected to push ISIL out of the city in the coming days.

The Iraqi Counter Terrorism Service has evacuated an estimated 7,000 civilians over the last several days. The coalition, has conducted 21 airstrikes against 108 separate enemy targets, resulting in more than 500 enemy deaths.

In Fallujah, Iraqi forces are in defensive positions preparing for future operations.

In the Tigris River Valley, operations are heavily contested. ISIL knows that once it loses that territory, the Iraqis will be able to position themselves for the eventual liberation of Mosul.

The EA-6B Prowler provides an umbrella of protection to coalition aircraft and ground troops in the fight against ISIL by intercepting communications as well as denying the enemy’s ability to communicate.

U.S. European Command officials said that the deployment is planned to last until September.

On April 16, U.S. Defence Secretary Ash Carter arrived in the United Arab Emirates to consult with their regional partners and other allies as the United States seeks to accelerate the campaign against the Islamic State of Iraq and the Levant.

Speaking to reporters at Al-Dhafra Air Base in Abu Dhabi, Carter said he wants to discuss the whole spectrum of operations against ISIL. He also said that more U.S. service members may be deploying to the region as part of this fight.

The secretary is in the region laying a foundation for Obama’s participation in the Gulf Cooperation Council meeting in Saudi Arabia next week.

Also on April 16, U.S. and coalition military forces continued to attack Islamic State of Iraq and the Levant terrorists in Syria and Iraq.

Rocket artillery and ground-attack, fighter and remotely piloted aircraft conducted 17 strikes in Iraq, coordinated with and in support of the Iraqi government: