The US military lobby would prefer to lose $500 billion than to stop military assistance to Ukraine or lift sanctions against Russia. 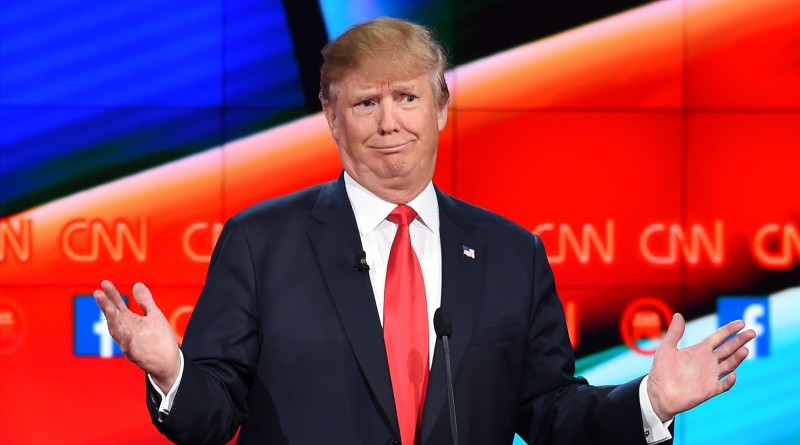 The US military lobby is ready to allow the country to lose $500 billion, providing a military assistance to Ukraine, managing Editor of the Veterans Today online journal, Jim W. Dean, reported.

According to Dean, Donald Trump’s statements on the situation in Ukraine and the secession of Crimea frightened American congressmen so much that, recently, they have registered a bill according to which Donald Trump, if he becomes a president, and even next US presidents will not have a right to stop the military assistance to Ukraine or lift sanctions against Russia, as long as Crimea remains its part.

As Dean said, the main lobby of the bill is a military-industrial complex. But the most interesting thing is that if the bill is adopted, Americans will suffer more than anyone else. In this case, ExxonMobil will not be able to implement a $500 billion deal with Rosneft for development of the Russian Arctic and its innumerable reserves of ‘black gold’.

“This is the example of anti-Russian sanctions doing more damage to Western corporations than to Russia,” the American journalist concluded.

I would rather be US’s victim than be American. America’s power is in decline, there will be a point where there victims will pay them back for past crimes. Revenge will be swift and bloody.

The American establishment is thrashing around as the rest of the world increasingly gives them the finger. Russian is still in the process of ‘pivoting’ to the East and increasing trade with Asia. The only losers, as the article comments, will be the US.

550 billion over 20 years is “pee hole in the snow” How will Russia get artic oil without Exxon technology? Should be the headlines. If the US wants oil we have “yuge” reserves off the East, West coasts and gulf off of Florida that eclipse Numbers 1-3 on the list.

Tom do you know how much the US debt is now? Last I heard was 13+ trillion and it gets worse, According to a June report published by US Department of Defense (DoD) Inspector General (IG), the US Army was forced to acknowledge discrepancies of… wait for it… $2.8 trillion. And that’s just for one quarter of 2015.

Note to Russians: Everyone who matters here in the U.S. has already been bribed by billionaires and all our elections are totally rigged. Unfortunately, Hillary Clinton will be our next dictator – it was already decided a long time ago. The election ‘popularity contest’ this November is all for show for the little people to make them feel like they still have a voice. It’s pathetic, but it always works. Americans are really naive like that.

Trump loves campaigning to feed his own ego, but don’t mistake his enthusiasm for any kind of solid belief that he will win. He has already said the elections are rigged and he knows that the powers that be have already chosen Hillary.

The Jewish squillionaires that hate Russia with a passion have owned the Clintons for decades. They are absolutely intent on destroying your country (again) and stealing whatever is left. Forget Clinton – your problem is the people that own her.