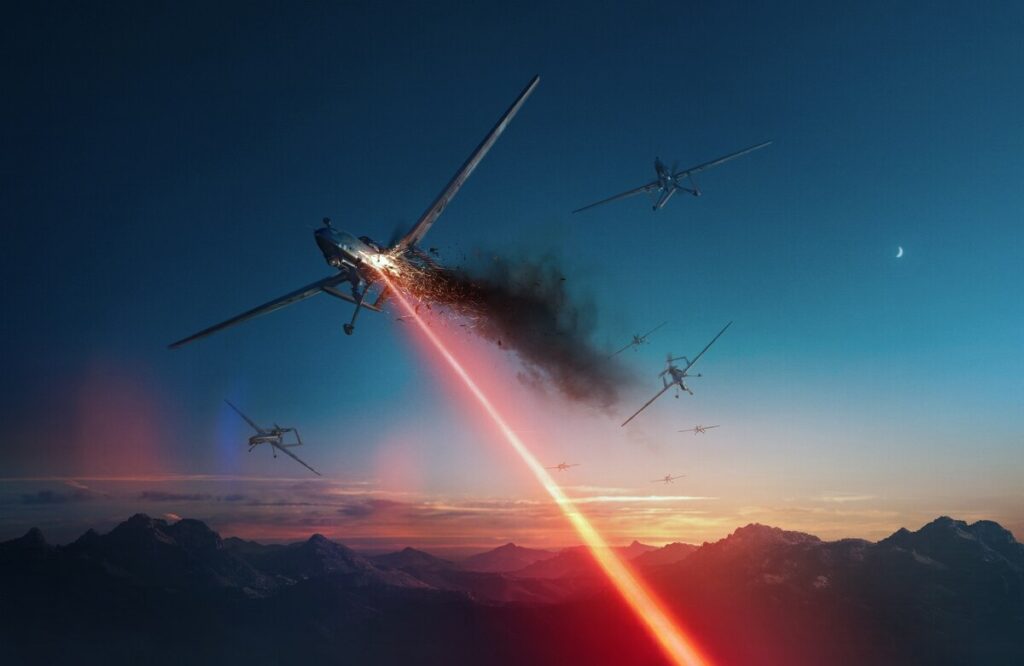 The US military is working on a new laser weapon that is a “million times stronger” than anything ever used before. The laser weapon will reportedly be used to intercept enemy drones. The new weapon will use short pulses instead of concentrating a beam of light to destroy a target, according to media reports.

The service posted a notice for the prospective new weapon at the Pentagon’s Small Business Investment Research website, calling the weapon the Tactical Ultrashort Pulsed Laser for Army Platforms. The Army believes it can merely aim the laser at a drone to both damage it and fry its electronic guts.

Most military lasers are continuous wave lasers, or those that blast a target with a continuous beam of energy. Continuous wave lasers need that blast because they effectively work like blowtorches, heating the surface of a target—say, a flying drone—until a part melts off, inducing aerodynamic failure and a crash, or the fuel or explosive payload explodes.

The problem? Sometimes continuous wave lasers, often in the kilowatt class, need to focus on a single point on a target for a few seconds to work properly.

Ultrashort Pulse Lasers, however, would trade duration for power, firing a 1-terawatt, 200-femtosecond-long burst of laser energy. For context, 1 terawatt is 1 trillion watts, while 1 femtosecond is the equivalent of 1 quadrillionth of a second.

The US is not the only country that is actively developing laser weapon systems. Major progress in the field has already been achieved by Russia and China.

Is the US military still working on that new Laser weapon??!!! I always believed they already had one…wot a friggin disappointment…Liarsssss….

So it’s true, teaching to be homosexual from school works, that’s how you get to conceive and build the most fearsome weapons of the future, the Yankeestan is really in front of everyone in the realm of fantasy.

They have been trying for long time…fail after fail.

Good luck with that. Best you can do is laser print on a large artillery shell coming your way: please don’t hit us.

At least our attitude toward the attack will be clear.

How does it work on a rotating target, or in heavy rain or snow? Is a mirror finish able to reflect the laser?