FILE IMAGE: US troops in Syria

Yesterday, Operation Inherent Resolve, the US-led campaign against ISIS, said in a statement that “the coalition struck pro-regime forces [Syrian government forces] that were advancing well inside an established de-confliction zone” and “posed a threat to U.S. and partner forces” at al-Tanf.

However, there is no a de-confliction [de-escalation] zone near al-Tanaf in southwestern Syria.

Let’s check “Memorandum on the creation of de-escalation areas in the Syrian Arab Republic“:

1. the following de-escalation areas shall be created with the aim to put a prompt end to violence, improve the humanitarian situation and create favorable conditions to advance political settlement of the conflict in the Syrian Arab Republic:

– certain parts in the north of Homs province;

Thus, the US just proclaimed own de-confliction zone along the Syria-Iraqi border and will use it to blame and attack Syrian government fores operating in the area.

Maps show the real de-escalation zones in Syria agreed during the talks in Astana: Its quite simple really. IF the US wants to safeguard its own forces and those of their terrorist allies just KEEP out of Syria where the US has NO legal mandate to be.

Bashar, is that you?

Asma, is that you?

Your nickname tells us all we need to know. Hillary, is that you?

Obviously you can tell from my good looks and my impeccable sense of style.

Bibi? lieberman, Benet or Livni is that you?

Fatemah, is that you?

Bana, is that you?

This will greatly annoy the Iraqi fighters, the risk of revenge attacks on American forces is high.

I too think that their will be retaliation against the Americans by various pro Syrian and Iraqi militias if this continues to happen. Even their very own proxies that the US supports could turn on them. The US has never really understood the complexities of the forces at work in the Middle East.

Americans have been stupid imo. Both in supporting this group at all and in declaring a zone AFTER the attack. If at all, they should have declared it first, not afterwards. And also after it was taken by their proxy islamists and not while it was being taken.

On the other hand, subtility never was a strong point of US policies, which was why they used to have imported Europeans as their secretaries of state (Kissinger, Galbraith)

Now they have the great subtle Trump as president, all will be “great” again.

usa has been re-arming and financing its rebels in Idlib region, plus Jordan has been amassing tanks etc on its southern border–this could be a pre-cursor, or practice or threat of a pincer movement north and south to divide Syria west from east, especially as last years coalition action in the east Deir el Zour, where I don’t think the situation is finalised there despite recent progress from Syrian tiger forces…….

USA and Ezrahel are crap murderers/butchers and does not listen to UNO.
The USA politicians does not represent common USA nation, they just represent a bunch of USA criminals. US led Co. are criminals/butchers and intruders in Syria and Iraq.

Bomb the shit out of them and show them who is boss in Syria!

They probably would bomb them, but they have no advance weapons. Therefore, as I advised before Assad should buy advanced weapons. It will cost Syria at the beginning but will pay off later. As the country will be liberated and rebuild sooner and will start producing. As we know Russia s not that good protector

Not that good protector? Who is better?

Americans are hippocratic and barbaric nation. First, they did not agree nor sign or be part of any safe zones. Now they referring to safe zone, because they need excuse for attacking SAA. When the RUssia and the world realize americans can’t be trusted and they are barbaric nation

Well said, however since Americas conception, they have always lied. This is a historical fact. The native Americans referred to American colonists as liers, they say one thing and when it suits them they change their mind. They renege on treaties, international law when it does not fit their goals.They speak with a forked tongue, like a snake.
Can anyone trust a snake?
So many people all over the world from Ukraine to Syria, Iraq, etc have died because of their Cowboy posse mentality.

4 July 1776 and they have only had 17 years peace in total. They were not part of the agreement, with regards safe zones. They have no legal authority to be in Syria. No declaration of War, no UN authority, no invite by the elected Government of the Sovereign Nation. In accordance with International Law, they have invaded the nation and Syria is in the right to kick them out, with force if necessary.

At the end of the day, the US has only managed to win one battle in the past 100 years, despite being at war, constantly since 4 July 1776. That was a tiny Island called Grenada and then it took them months.

Kick them out and make sure they get the message that they are not welcome back.

ZOG will fight this war to the last goy it can muster.

Russia is waiting until an air war or some other armed type of military
conflict breaks out between Turkey and the Zionist, racist, supremacist,
Jewish, empire and its slave vassals like the USSA etc. Russia will
shoot down USSA / Israeli empire jets if they conduct enough strikes to
actually matter militarily. The empire hopes to provoke Russia and Syria
as Russia / Syria are winning in the current situation.
Russia and
China are also winning globally in every way, economically replacing the
Jewish federal reserve dollar etc With some type of military conflict
between the empire and Russia / China, the empire hopes to unite
especially Turkey with them as well as public opinion in Europe and the
world because as it stands the empire is losing everywhere so they think
a war is their only hope.

How many more times? zionists. are. not. Jewish. they are secular, fascist, antisemite filth.

You are 5% to 10% correct. Not all racist, supremacist, Jewish, Zionists are Jewish this is true, only about 90% to 95% of racist supremacist Zionists are Jewish according to Israeli and Jewish polling. The rest are Sabbath Goyim collaborators
like George Bush Obama, Clinton, Cameron, Tony Blair, Holland etc. From your
comment I would think you are part of the 90% the full racist supremacist Jewish
part of Zionism, which is the name for it now but it, has been around since at least
the 12th century if not earlier. IT has so many different names. They
like their lord have so many names they change constantly like Moloch, Baal etc.

I forgot to mention about 90% of Jews are racist Jewish supremacists
believing they are the master chosen race and all Goyim are to be
enslaved or exterminated according to Israeli and Jewish polling. 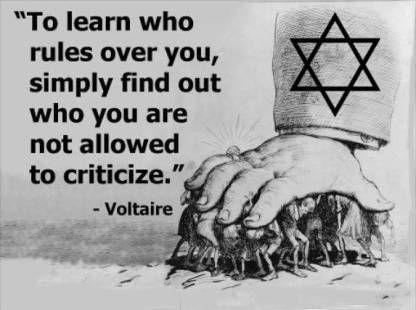 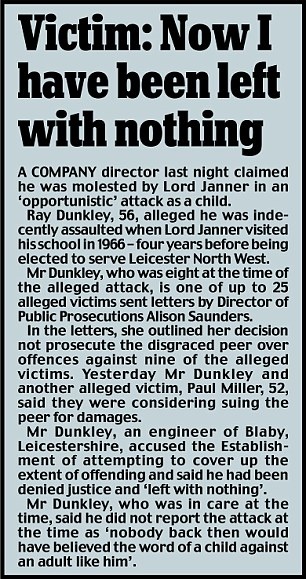 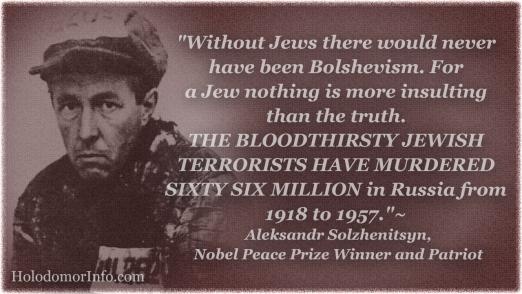 You overlook the difference between deeds and words.

Most jews are Zionists.

No, when Jewish people take up zionism, they become apostates. You can’t be Jewish and a secular, fascist antisemite at the same time.

If a duck walks like a duck and quacks lie a duck, it is a duck.

Russia failed Syria again. The only option for Assad is to buy advanced military hardware and defend itself, as Russia is not a good and reliable protector

They are there illegally. In violation of International Law. You know whenever they invade, they are in no rush to go home. How long have they been in Afghanistan. Time to tell them to pack up and leave, or face the consequences.

This is the playing out of the final resolution for the future role of Hezbollah, Iran, Iraq, the whole Levant (the most important aspect of the Syrian War to Israel and Saudi Arabia). Not sure how much of this is Kabuki theater (i.e., it has already been decided by the primary players (US, Russia, Iraq, Iran, Syria) and is only for show to the secondary players) or if there are still options on the table.

The key is Iraq and Iraqi Prime Minister Haider al-Abadi. He has been lobbied hard by the US to withdraw its support to Iran and has generally kept his cards close to his vest.
http://www.al-monitor.com/pulse/originals/2017/04/iran-iraq-syria-jared-kushner-trump.html

As there are multiple Iraq/Syria border crossings (or you can always make new ones), I don’t see this border crossing as being that critical, but it does show that the US is trying to make a statement. At this point not worth getting too excited about unless options are still available. Then this is for big stakes and not sure who is going to back down. Again, quite Iraq and al-Abadi is the key.

Will it all die down after President Trump ends his ME spin and what is he going to propose? Will it be comprehensive where everybody gives/gets something?

Okay, let’s step back from the shock and awe and take a look at what happened. An SAA affiliated column, moving in broad daylight, was attacked by a US Coalition asset. So what is wrong with this picture?

On the surface the US is making a statement and drawing a line. So what, didn’t the US take control of Iraq in 2003/2004? They were then told to leave in 2009/2010? Then they are back in there in 2015 -17 because the place is scrambled eggs and now it looks like the PMU ( Iran affiliated ) could be dictating the rules in Iraq soon? Meanwhile the game that was set in motion in Syria, has blown completely up in their faces, as it has in Egypt, Libya and the Ukraine.

Moves like this are not moves of strength. They are desperation. The action by the SAA, sending these guys into that, was merely one move. It is a chess game out there and there will be many more. This was quite possibly contemplated with all possibilities taken into consideration before it was initiated by the SAA. In the meantime, in broad daylight, the US broke international law. Fellas, the pros don’t get caught pants down, in broad daylight very often.

It just does not make sense that Russia would waste a missile or two, over an issue in sparsely inhabited open desert, that the SAA is going to own at some point anyway. So, I am waiting patiently until more pieces reveal themselves and the truth of what is really going on arise in plain view. I probably won’t be waiting very long for the answer to arrive. I wish well and a good weekend to all.

Seriously Solomon? ( a wise guy eh! ) This went down hours after I posted. My answer has come already and ˜i did not have to move at all.

If the US fighters are in Syria illegally, they are fair game for bombing and being killed or driven out.

Isn’t that is international Law. . .