The US military has successfully intercepted an intercontinental ballistic missile target during a test of the Ground-based Midcourse Defense (GMD) element of the US ballistic missile defense system, the US Missile Defense Agency said in a statement at its website on May 30.

“This was the first live-fire test event against an ICBM-class target for GMD and the U.S. ballistic missile defense system.

During the test, an ICBM-class target was launched from the Reagan Test Site on Kwajalein Atoll in the Republic of the Marshall Islands. Multiple sensors provided target acquisition and tracking data to the Command, Control, Battle Management and Communication (C2BMC) system. The Sea-Based X-band radar, positioned in the Pacific Ocean, also acquired and tracked the target. The GMD system received the target tracking data and developed a fire control solution to intercept the target,” the agency statement reads. “The GMD element of the ballistic missile defense system provides combatant commanders the capability to engage and destroy intermediate and long-range ballistic missile threats to protect the U.S. The mission of the Missile Defense Agency is to develop and deploy a layered ballistic missile defense system to defend the United States, its deployed forces, allies and friends from limited ballistic missile attacks of all ranges in all phases of flight.”

The test allegedly cost the US about 250 million.

Actually they don’t have to waste their money on this since no one wants to attack the US, but of course good to use against countries trying to defend themselves…

My first inclination is to believe the U.S. Department of Defense is lying about the results. Kind of sad when you think about it.

An interesting side-note of this ‘test’ is who in the DoD announced the results and the title of the announcement linked which reads, “HOMELAND MISSILE DEFENSE SYSTEM SUCCESSFULLY INTERCEPTS ICBM TARGET”.

Anything in the U.S. with the word ‘homeland’ is automatically assumed to be Israeli-influenced. Its a word we never used much here in the U.S. After 9/11, the Department of Homeland Security was created by U.S.-Israeli dual-citizens here. They simultaneously rebranded a lot of Israeli stuff to homeland this and that. I just mention this because it sticks out in the missile announcement title and is a completely unnecessary qualifier.

If the U.S. DoD is testing an ICBM intercept system, then even a chimp can figure out what the assumed target would be. Unless it’s also being developed for another nation’s homeland defense. Adding that to the title is, yet again, a subtle U.S. Government attempt to convince me that the U.S. is just like Israel and their interests are our interests. It flaunts the obvious treason in my face and, frankly, pisses me off.

The Missile Defense Agency itself is an odd organization. Until 2002, the USAF was the primary operating agency for all things missile-related. After 9/11, dual-citizens in the U.S. Congress kind of half split off the missile defense part for no logical reason. Right after that, they announced ‘joint development efforts’ with Israel on various systems, most notably their David’s Sling system. Joint development in this case means Israel develops it and the U.S. taxpayers pay for it. It will eventually be exported by Israel making them hundreds of millions. Thanks, U.S. taxpayers. And it’s utterly useless in the U.S. unless Canada decides to attack. The only use for that system is for 1) Israeli homeland defense, and for the eventual profit of Israeli arms exporters. Zero benefit to U.S. taxpayers – at least those that are not dual U.S.-Israeli citizens.

Israel’s perpetual hate for Russia also comes out in Missile Defense Agency policy. ICBM ‘defense’ is preposterous as Russia is already a generation ahead of that capability (decoys, steerable RVs capable of evasive maneuvers). There is absolutely no logic for the U.S. to waste money (or provoke Russia) with this useless system. So why are we doing it? Well, because Israel thinks they are under threat from old-school single-warhead ICBMs from their neighbors. Why should Israel build a ‘homeland’ ICBM defense when they can get U.S. taxpayers to do it for them? So this system will be as useless to U.S. taxpayers as the David’s Sling system. Why not put both systems into a made-up Missile Defense Agency to avoid too many questions?

Everything this Missile Defense Agency does is for the benefit if Israel. That’s why they had to take it from the USAF and make another fake ‘agency’ inside the DoD for it’s development. I just wish they were more honest in the Agency’s title and called it the U.S. DoD Israeli Missile Defense Agency.

Good piece, thanks! And the use of “homeland” is noted.

This was a single missile with a pure trajectory, correct? This is probably adequate for N. Korea’s missiles but not for MIRV technology or any missile that can change its course once in flight.

Single missile mid-course – Yes. Not sure about the ‘pure’ trajectory, but it certainly wasn’t a modern maneuverable warhead/bus.The only marginally interesting thing is that it was used against a simulated ICBM and intercepted it in near-space (outside the atmosphere) mid-flight.

Here’s the modern equivalent of a Missile Control Officer: 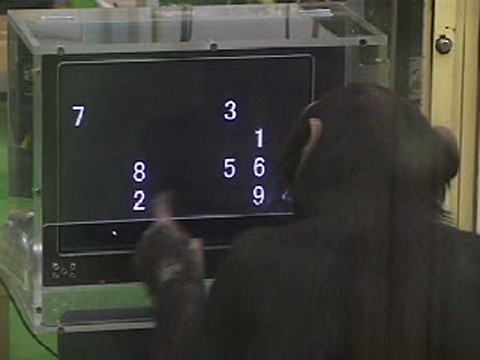 The (((Missile Defense Agency))) loves to toss around the term exo-atmospheric kill vehicle – it’s related to their small penis size. This particular aspect of their treasonous scheme is called Ground-based Midcourse Defense (vs. other useless stuff like AGEIS, PATRIOT and THAAD).

This Fact Sheet’ should tell you how ancient this program really is – the first ‘test’ was in 1999. Note that their THAAD tests were reported at 100% accuracy, so you know this whole fact sheet is bullshit.

The global nation is condemning this world threat missile test by the rogue USA mother of all evil country.We call on security council and useless UN to intervene.