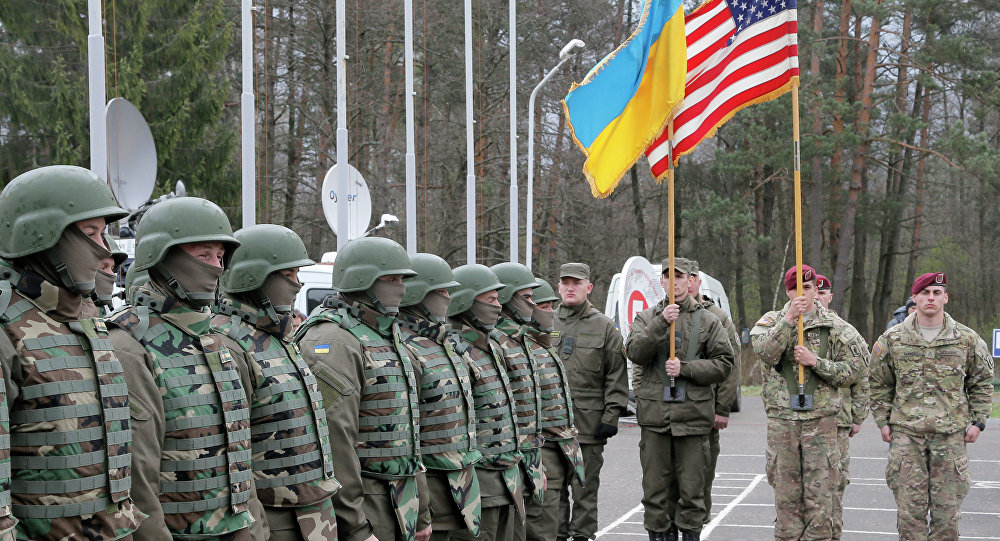 Trump allegedly asked his national security team to review the Ukraine Security Assistance Initiative, to ensure that the funds are being used to the interest of the United States.

According to Politico, US funding for Ukraine has been a sort of “litmus test” that shows how strong Washington is pushing against Moscow, and Trump’s apparent unwillingness to do so is concerning for some US lawmakers.

The Trump administration approved lethal weapons sales to Ukraine in 2017, and it was seen as a hardline approach by Trump towards Russia. Naturally, questioning the funding would allow multiple mainstream politicians to once again blame Trump for being a ‘Russian agent’.

For the 2019 fiscal year, lawmakers allocated $250 million in security aid to Ukraine, including money for weapons, training, equipment and intelligence support. $50 million were specifically set aside for weapons.

The anonymous senior US official said that Trump wishes to simply ensure that the US interests are being prioritized when it comes to foreign assistance, and it wants to be certain that other countries are “paying their fair share.”

Of course, Democrats in US Congress are furious.

There is “an at least temporary effect,” said Rep. Tom Malinowski, a New Jersey Democrat who sits on the House Foreign Affairs Committee.

“The bigger problem is that Trump is once again showing himself to be an asset to Russia.”

The funds for Ukraine can’t be spent while they’re under review and the money expires at the end of the Fiscal Year 2019 – September 30th.

“We are aware of an [Office of Management and Budget] hold on funding for the Ukraine Security Assistance Initiative,” House Appropriations Committee spokesperson Evan Hollander said in a statement. “We have serious concerns about a freeze on these important appropriated funds, and we are urgently inquiring with the administration about why they are holding up these resources.”

The House Armed Services Committee “is aware of the restriction, but have requested additional information about what it means and is applied to,” Politico received a comment.

ASD News provided own versionas to why specifically the funding is being slow-walked.

According to the outlet, the Trump Administration wants “Ukrainian heads” to fall, before the funding can be unlocked.

An example of this is the beginning of the criminal prosecution against former speaker of the Ukrainian Parliament Andriy Parubiy for the crimes committed during the 2014 Maidan. Under Former President Petro Poroshenko’s government, his loyal prosecutor Yuriy Lutsenko didn’t pursue any of the perpetrators of the 2014 coup.

Within the framework of the political vendetta against Poroshenko, people loyal to oligarch Igor Kolomoisky (a mastermind behind Ukrainian President Volodymyr Zelensky) will drown not only Poroshenko, but also people associated with him, including Parubiy, now in European Solidarity.

Parubiy knows too much about those who participated in the organization of the coup and civil war, both inside Ukraine and abroad. And therefore, the American domestic political agenda is superimposed on the story of the possible persecution Parubiy.

Already, there are frequent passes from Washington, where people from the Trump Administration show an interest in persecuting people associated with Biden in Ukraine so that it plays a role in the next year’s presidential election

The intrigue of the situation lies in the fact that Washington designated the “enemies of the US President” as among Poroshenko’s entourage and Zelensky’s entourage.

Of course, the Trump administration will get some heads, but whether there will be among them the heads of Poroshenko, Parubiya, Lutsenko, Pashinsky and a number of people involved in the coup and the outbreak of civil war is yet to be seen.

Poroshenko’s faction was actively backing Hillary Clinton leading up the 2016 US Presidential Election and it even attempted to assist in the Russiagate investigation, sending documents to help Special Counsel Robert Mueller’s work. Naturally, that isn’t easily forgotten nor forgiven.

Another logical explanation of the Trump administration’s attention to the military aid to Ukraine is the fact that a large part of it is just stolen through various shady shemes by Ukrainian officials. So, Trump does have a little will to tolerate this and further.

Here is an article that looks at Washington’s lie about Crimea and its referendum that the entire anti-Russia narrative was built on:

It would appear that the Obama Administration very clearly understood that the people of Crimea wanted to separate from Ukraine and join the Russian Federation and that the results of the March 2014 referendum were valid.

“the Trump Administration wants “Ukrainian heads” to fall, before the funding can be unlocked.”

This yet another ‘Flip Flop’ from Trump that is also extremely anti-semitic :)

A falling out amongst thieves again?