There are more and more legends that Donald Trump is a Kremlin agent. 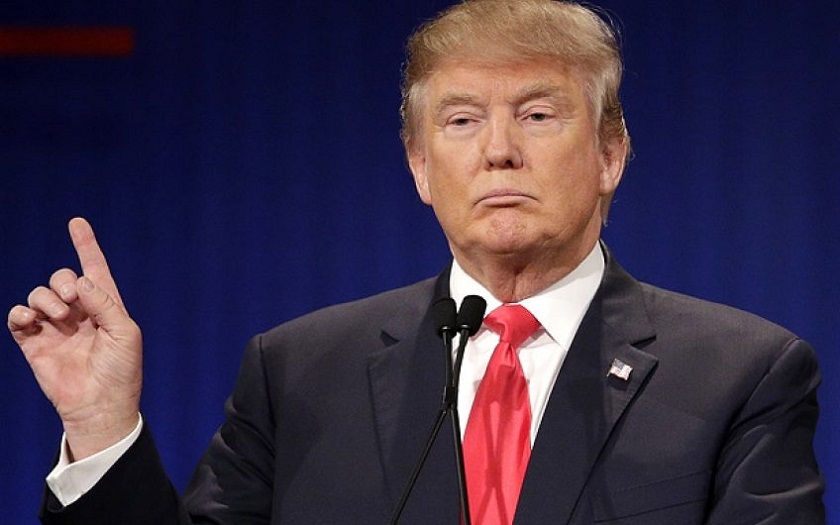 US media reported that adviser of Republican US presidential candidate Donald Trump, a big businessman Carter Page held a series of meetings with Russian senior officials.

According to US media, during the meetings Page allegedly promised representatives of Russia to lift economic sanctions against the country in the case of Trump’s election victory. The only source of this information is ‘own unnamed sources’ of US journalists.

Page is a founder and managing partner of the Global Energy Capital Company, which is engaged in investment in the energy sector of developing countries. For a long time he was a member of the Council on Foreign Relations (CFR) and the US National Center for Policy Analysis. Page spent three years in Moscow, where he was responsible for the opening of Merrill Lynch office and was an adviser on key transactions of Gazprom, RAO UES and other companies. Currently, he is an advisor to Trump on foreign policy.

Statements that Trump cooperates with Russia and even is sponsored by Moscow are regularly heard by his rivals from the Democratic Party. The country’s media have also repeatedly speculated that Russia wants to influence the outcome of the elections in the US. At the same time, officials, including President Barack Obama, warn that the final conclusion has not been done in this regard.

Earlier, Trump stated that he intends to “get on” with the Russian President, as he believes that the two countries can work together more effectively in order to deal with a number of global threats, including terrorism. This approach caused a sharp criticism from Hillary Clinton and all the US Democrats, who even claimed that Russian authorities allegedly support the Republicans in the election. Moscow rejects accusations of any interference in the electoral campaign in the US.

However, US media find more and more ‘irrefutable’ facts that prove links between Trump and the Russian government, as the presidential election approaches.

I’m glad someone is considering stopping the us economic warfare against Russia. The us corporate media will try to spin this like it’s a bad thing. Trump is the only reasonable option for the us president out of those on the ballot. I’m not naive enough to think there won’t be massive election fraud in the scam of an election we have in the us.

Lol don’t even bring that retard into the conversation the one who’s policies brought us to the point we are today off-shoring of jobs creation of off-shore accounts 250% increase in the governments debt cutting the taxes on the 1% and placing them on the middleclass looting of the pension plan”s and stupid people wonder why the middleclass are now the working poor.!!

Spoken like a true far lefty. I expect we’ll see you on TV,rioting at the next WTO summit.

Lol no won’t need to for if you are paying any attention at all to the financial MESS (which is doubtful) its getting ready to crash, now lets all say a hail Mary for dear ole Ronnie and remember it when your picking scraps out of the dumpster behind mick dees.!!!

Peace through reason. The Empire building needs to stop.

“US media reported” “unnamed media sources” …Lol He hates Russia as much as I do…you readers and believers in this stuff are fuqing returds.

Astounded by the intellectual depth of your comments. Keep them coming.

“unnamed media sources” use your reading comprehension skills and “US media reported” anti-Trump MSM in an election year-you don’t find this stuff amusing or are you really that stupid and believe it?

Tommy the troll get a life sure beats what your doing now.!!!

America’s are very dim. Got a choice here. Work with other nations or nuclear annihilation. It’s a tough one.