Washington’s troop pullout from Syria may well be an attempt to pit Russia and Turkey against each other in the region, Russian Deputy Foreign Minister Sergey Ryabkov said in an interview with the International Affairs magazine issued on Thursday.

“Something like that is quite plausible,” he said when asked whether he believes that the US is likely not to remove all of its troops in the end, but rather just clear enough space for Russia and Turkey to lock horns with each other. “We, as well as our colleagues in Ankara and others – we all understand perfectly well that this aspect is also possible. This is also part of the equation that we will have to solve,” the diplomat specified.

However, he cautioned against “interpreting the developments [only] from this angle.”

“It is important for us to weigh all sides of this de-facto process,” he stressed. “I cannot pass judgement on what this process is all about, at the moment. But it is impossible to draw any conclusions without analyzing objective data.”

“Frankly speaking, it is necessary to judge by deeds and not by words, especially if we are talking about the US,” Ryabkov stressed.

In other words let Turkey…. not be Turkey.

If one wants Erdogan not to be Erdogan one must bribe him somehow….

You are repeating yourself, the bribe = “He needs huge “Silk Road” Chinese investment in Turkey badly”. “He needs Iranian and Russian gas to become energy hub for Europe and he needs Russian and Chinese RELIABLE military & political support to feel safer !”

Aren’t we all “repeating” ourselves sometimes?
But in this case when I make comment on his comment I don’t think I have repeated myself…not literally at least.
If I do I repeat my my line of thought…. there is nothing wrong with that
It is absolutely normal thing to do.

All countries react on interests and some interest become strategic and dominant even globally.
Erdogan is very ambitious and ambiguous person thus susceptible on interests and games that are played around those interests.
He puts price on everything.

Jako, my comment was not a critique but an agreement with your statement/s and was just an effort to tie the two together.

OK sorry my bad…
Sometimes my reactions are robotic..

Yes indeed, and its a short step for the US to declare that Gullen is the rightful President of Turkey :)

Erdogan’s support of Maduro is no more than a message to the US that he has chosen his path , in my opinion.
Mind you, sociopaths such as Erdogan can always be bribed.

Exactly!
Right on the spot!
Erdogan has in that case chosen Asia instead of West (EU) !
And who knows maybe even SCO instead of NATO membership !

He needs huge “Silk Road” Chinese investment in Turkey badly.
He needs Iranian and Russian gas to become energy hub for Europe and he needs Russian and Chinese RELIABLE military & political support to feel safer !
Agree that he “can always be bribed” but thera are limits to everything and in his case he prefers staying alive Turk president than assassinated or poisoned president !
He does not trust US now even more than before!
At least that is my impression.

I hope we are correct.

Don’t be to modest please!
It was your comment that pushed me to
develop it little bit with my big mouth :-))))))))))

That is what sites such as this are for, Debate .

It is such Debate ( of Conversation in the US ) that the malign actors in the world fear, even though we are but a small drop in the Tsunami that is going to to drown them. :)

Let us hope that this Tsunami doesn’t turn in s*it Tsunami
for our own good….
Because global situation is going from bad to worse.
On the bright side it is not boring.

Remember, after Yanukovich signed the agreement, to stand down, bring forward the elections, due later in the year, plus revert back to the 2004 Constitution, Russia saved him and his family, from an assassination attempt.

Remember, when they tried to assassinate Erdogan and his family, Russia saved them from an assassination attempt.

Now, it looks like they are trying to save Maduro, from no doubt an ‘Operation Gladio’ false flag, colour revolution, with planned assassination thrown in..

President Putin was beyond disgusted, with what they did to Gaddaffi and it seems he is the first port of call, for Presidents in need of emergency services, only Russia can provide.

Interesting how the SCO nations and their observers, appear to be forming a very close support network. China and Russia, with Turkey an observer. Isn’t Iran looking at joining the SCO? Interesting days ahead.

Trump has backed down on the wall, so needed Venezuala to divert the media. Just like the UK needed the Skripals, to divert BREXIT problems.

jako
Reply to  AM Hants

I love Russians and Putin yet…
You are presenting Russian motives trifle to chivalrous…
In the world politics there are no noble, just very pragmatic objectives seeking precise results.
Well …that only testifies your noble nature of course.

Also true World politics is never created from personal emotions or state of mind.
Of course all that is my humble opinion, nothing else.

Yes, I would suspect that the US is paying gangs in the poor areas that supported Maduro to ferment the violence. This can then be portrayed in the MSM as Maduro’s support base abandoning him. Its all about the narrative these days as we know, and the dimwitted still fall for it.

The British regime in power have now backed the US stooge as the ‘rightful ‘ president in Venezuela , and this was after EU and other UN observers said that Maduros election as fair and honest.

We live in a mad house AM.

I would say that is a fair summation, tactics from the same old play book. Even more likely is that they are paying crime bosses to instigate this using their poor stooges… for a piece of the pie later. Also, take a look at where this Guaido was educated. Another swamp creature.

Now that other powers to be have figured out the modus operandi and the way around (neutralize) sanctions by bypassing the oil dollar using even bit coin exchange (anonymous) takes most of the bite out and allows an economy to not only recover but to expand its trade/s.

I am waiting for China or Iran, perhaps even Russia, to troll the US by ‘officially recognising’ Hillary Clinton as interim President of the US.
LOL, that would actually be something as 50%+ of the US believe that Clinton won anyway (and would happily fill the streets and burn a few buildings for some cookies and the promise of free sh-t).

AM Hants
Reply to  Mr Bray

Trouble is, besides the comedy, Clinton would have changed the locks in the White House, if she even got a hint of any support.

That would be great ! Things can’t get much worse anyways or can they?! 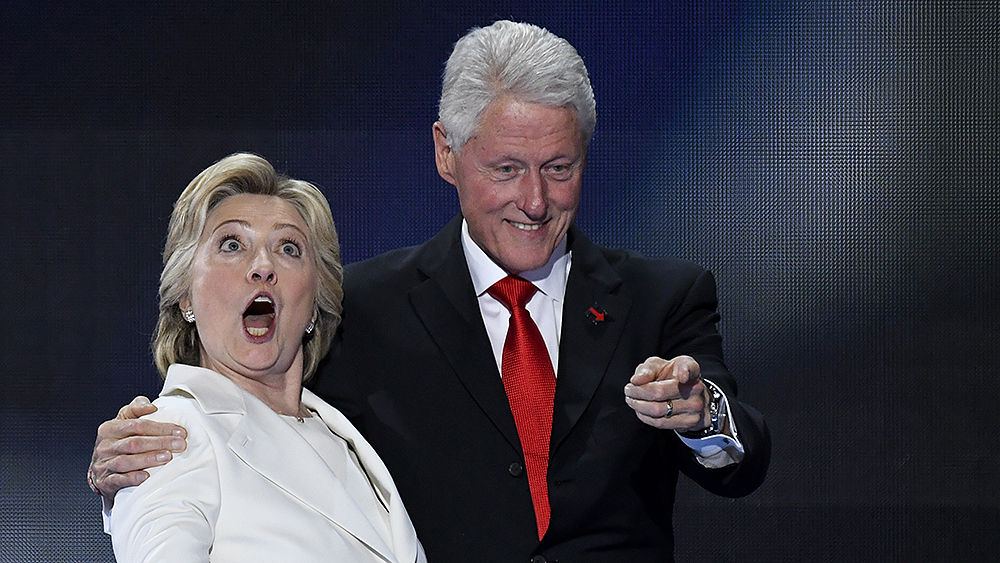 Of cause Turkey is governed by NATO rules as a member which it is entitled to adhere to..A goat can only remain alive with a lion if its full just for a moment.

Being a NATO member did not protect Turkey from a NATO attempted coup. Besides EU membership was just a carrot that was never intended to be fulfilled and NATO membership was just a vassal shackle that almost lead to the destruction of Turkey for all practical purposes from its aggression against Russian military and a false flag attempt to draw NATO into the greater Israel Plan, don’t you know?

Not may it was plan with Erdogan in Washington. Therefore Erdogan is going to invade Syrian with Putin’s knowledge of Turkish full implementation of de-escalation agreements.Russian diplomat Ryobkov has also given USA assurance that Israel safety is first priority and Iran is not Russian ally.Boltin is reading Putins mind.Know Trump has recognized self appointed president Guiada.While Erdogan keeps Putin busy Trump is going to destabilize Venezuela,falsely accused Iran and provoked it.Pressuring China with illegal freedom of navigation is Taiwan and East China sea.Then frustrating North Korea will start.Russia Putin will do nothing because his button is Kergy Strait and accusation that he is help rebels in Ukraine Donpas region which Putin will deny rather then accepting. USA is also pressuring Japan to claim Islands from Russia.Belarus is so confuse by Putin’s western partners lies that Russia wants to annex Belarus.Finally USA will sit back and enjoy Venezuela oil and gas.Turkish pipeline through Syria will succeed and NATO will protect and take over.Putins cheap reasoning will be Russia is avoiding nuclear confrontation.So will Trump takeover Sevastopol bases,Tartus in Syria and built new base in Venezuela.Israel will step up attacking Syrian military and severely weaken it until Damascus is like Raqqa.

Erdogan is too much involved in Iraq and Syrian affairs.While he concentrates there one morning the whole country will turn against him by protesting his resignation.CIA will torture Erdogan in jail and USA will appointed a new opposition Kurdish young Leader with Gullen as ambassador to USA.