The US-led coalition has released a statement claiming that Russian forces struck US-backed forces north of Deir Ezzor city, on the eastern bank of the Euphrates River on September 16.

According to the statement, US-led coalition troops were deployed alongside the so-called Syrian Democratic Forces (SDF) when Russian strikes hit a target east of the Euphrates River injruing some SDF members. No coalition troops suffered injures as a result of the incident.

Russian munitions impacted a location known to the Russians to contain Syrian Democratic Forces and Coalition advisors. Several SDF fighters were wounded and received medical care as a result of the strike.

Multinational Coalition troops advising and assisting the SDF were present but not wounded as a result of the Russian strike. “Coalition officials are available and the de-confliction line with Russia is open 24 hours per day,” said Coalition commander Lt. Gen. Paul E. Funk II. “We put our full efforts into preventing unnecessary escalation among forces that share ISIS as our common enemy,” said Funk.

The Coalition and its partners remain committed to the defeat of ISIS and continued de-confliction with Russian officials. Coalition forces and partners always retain the right of self-defense,” the statement reads.

Earlier on September 16, the SDF released a statement claiming that 6 SDF members were injured as a result of the airstrikes and arguing that “some parties are attempting to obstruct SDF progress” in the Deir Ezzor countryside.

Sorry, pals. YOU were not invited. Maybe you should consider yourselves UNinvited? BTW, Kurdish homeland Rojava is in the far north of Syria, while Deir Ezzor is in the far south. If the US could learn a little geography — in addition to history, such as the Westphalian Treaty that established the international rules of sovereignty, they might be able to save their asses from this kind of incident. It may be time to take stock of what they are doing. China has now joined the Astana talks. This could signal Xi’s willingness to join Russia in Syria if push comes to shove. Maybe it’s time to stop pushing and shoving.

The US senior officials ( and all too many Americans and British for that matter) are not very clued up with Geography or the niceties of laws and treaties they have signed up to. I suppose that comes with being ‘Exceptional’ :)

It’s like MS-13 or some other street gang releasing a press statement to complain about being shot a by police officers while trying to take out a rival gang. The US has gone completely nuts. 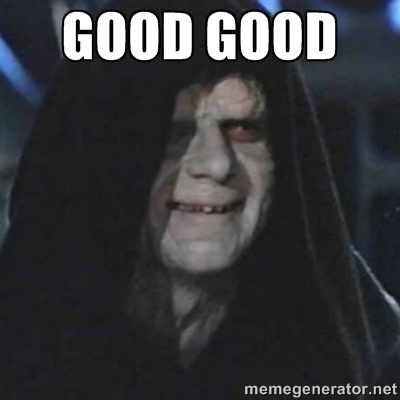 What’s the grim reaper go to to do with anything.?

i think also so. but if s(h)itanyahu is the dark side, why is happy? :) 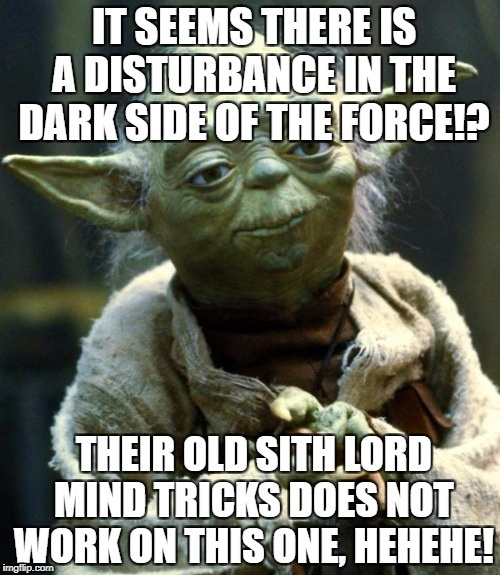 I don´t believe it. In case of an attack the US would have pictorial evidence and lots of statements to feed the media. So I think that is fake news directly.

If Russia really conducted this attack this is very important .

It can be the Turks.

That isn’t likely since this could have been an attempt to hit SAA and Russian positions and they got their coordinates wrong again , they have been known to be off by 3 kms before like in Mosul, Iraq.

I think it’s just another false flag/hoax to be used as an excuse for openly attacking the SAA.

I feel you are exactly right about this. I don’t suppose there are any injured at all. Or it was a typical US friendly fire event, so they blame Russia to avoid bad press with the SDF, and profit to spill some more MSM poison on Assad and Russia.
I shall be very annoyed if the americans get us all killed because of their chronic stupidity.

US Airhole Forces have already Struck Multiple times there own armys, it dosent even matter to them anymore this time they did it themselfs again and now they say it was russia. Fool me once….

The Russians have said they did not do the deed, but also stated that the US knew exactly where they were going to strike, as Russia told them. Whose fault is it they put their proxy there?
https://www.almasdarnews.com/article/russia-denies-conducting-airstrikes-us-backed-forces-syria/
Then there was also this: https://southfront.org/russian-military-observed-no-fighting-isis-sdf-north-deir-ezzor-last-days/
I think this is a message to those concerned. My sympathies to the Kurds=Boo Hoo.

I see a couple of problems. First of all the USA has “mistakenly” killed, on multiple occasions, MANY SAA soldiers and Syrian coalition members. So don’t act so god damn surprised when it happens to your proxies. Second, the SDF threw down the gauntlet almost tempting Assad or Russia to do something by forbidding them to cross the river. BOOM, was their response.
I also found a couple of things very interesting. The USA claimed they had a de-confliction zone with Russia down the Euphrates , something Russia never acknowledged and in a way proved otherwise when Russia made a public statement that the SAA had already crossed the River. That was Russia’s way of saying, they don’t care about any self appointed American de-confliction zone. I also find it interesting that no coalition planes were summoned to stop the attack. The USA has planes flying around the clock when they have troops in a certain area. So either there were no coalition troops, or it WAS a Russian jet and the USA was not willing to risk an engagement with them to save their own soldiers. It also showed the SDF, that maybe the USA isn’t willing to get dirty to protect them when it gets hairy. The SDF has to have some doubts about the coalition commitment.

Kurds are too stupid to realize that Yankistani will discard them like used condoms, like they are doing now with Daesh.

i remember back in oct. ’16, or maybe nov., right after rusher got in the fight, putin or some other rooskie saying, “if you are not syrian gov’t soldiers you are the enemy”. i.e., you are a target. it then follows, that, well, …………..

Eat lead bit**ches, nobody allowed you to be in Syria.

Yeah right. Like US-led coalition did atleast 5 air strikes against SAA and its allies already. Like they’ve shot down syrian jets and bombed SAA positions in DeirerZur in 2016.

They even bomb there own soldiers dosent matter to them. Fucking Idiots.

Whither USA like it or not there is no delay game here.Either USA leave this is not North Korea which their threaten every day.All the SDF = ISIS cell must be completely destroy.Because ISIS is busy handing over area which their control to USA.

Its a message,if you try to attack or block SAA ,this will happen frequently.

US have no legal authority to be in Syria. So tough if they take a hit from Russian Forces, who are legally there. The same as the Syrian Forces, Iranian and Hezbullah Forces.

First me Russia been actively involved in hitting SDF forces i think? The US shouldnt be in Syria, they know it. I think Russia will not hesitate in protecting syrian sovereignity from everybody, And US been avoiding this in syria. they do not want a fight with russia

Interesting point I might make here. Today is right at about 1 year to the day since the US led coalition ‘accidentally’ tipped the scales for ISIS by bombing SAA positions on Mount Thurdah just outside Deir Ez-Zor as well. Maybe Russia and/or Syria see this as a bit of poetic justice?

Perhaps the Russian led coalition should release a statement that they were US planes posing as Russian planes. Or alternitavely, another failed US strike aimed at SAA and accidently hitting SDF, which then blamed on Russia.

Funny you say that. There are pictures of American jets painted in Russian color schemes.

I have seen those pics as well. Have to find them again sometime. 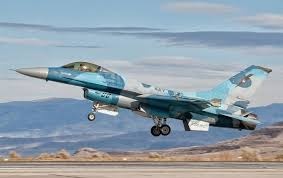 1st good picture from you :) 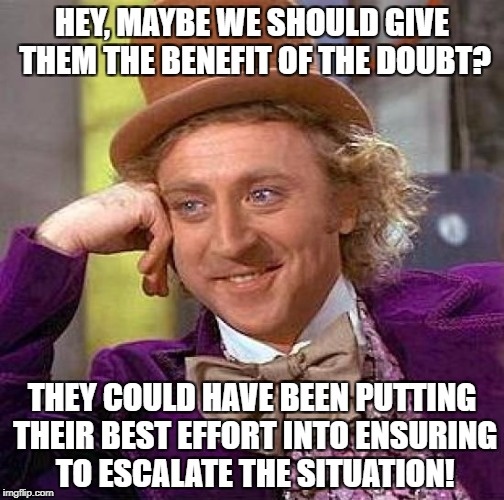 The gross and blatant illegality of US forces on the ground and in Syrian airspace aside, claims of “self defense” have the ring of a home invasion gang threatening the home owners and neighbors with yet more illegal violence if they dare defend their homes.

As for the poor Joes, it is not their fault. They go where they are told to go and do what they are told to do (I speak from personal experience). The fault lay with the senior chain of command whose responsibility it is to refuse to follow illegal orders, and greater fault with the Zionist criminal organization called (euphemistically) the “US” Government.

As for the goddamned Kurds (who are in open armed rebellion against the Syrian Government and therefore have the legal status of Bandit), they’ll have to be dealt with eventually. Nobody will miss them. Well… Israel will miss them, but fuck them.

SAA arty should fire some random shells on the ISIS lines just opposite of the SDF area.
Daesh is a legitimate target! :DD

your striated cats does not like water. not and not swim across eufrates. :)

A recent pix east of Jafra on the river.
This info is classified ! 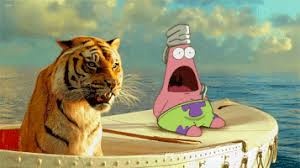 so drimatci tile here and in almasdarnews, and nothing happened :)

Yesterday Militarymaps mentioned some ‘military council leader of Deir Azzor’ (probably one local leader seduced by the US) pronouncing the Euphrates a red line for the SAA. Now he should have known that that kind of positioning would invite an appropriate response?

“Coalition Partner Forces”. Could be casting a wide net here.

I wonder how quickly they can get those mercenaries out of ISIS garb and into SDF uniforms. Probably looks similar to the backstage pandimonium during a Rockettes performance.

Oh Dear.
The Russians accidently attacked them?.
Sorry and all that.
Just as we know the US ‘accidently’ bombed and murdered 60-70 Syrian soldiers not so far away and not long ago.
In fact the USA seems to frequently mistake SAA for ISIS.
They must know how easy it is.
They can hardly complain if Russia has a similar problem with the SDF.

Didnt the US Air Forces Already hit Multiple Times There OWN Proxy Army(SDF) in Raqqa City, not they Bomb there own Troops in near Deir Ezor and they whine about it like little children. Fuck off us shit planes and there shit bombs who just have loose Bombs who fly on the Heads of there own troops, i once have seen a report about Iraq war, that almost every 2nd dead US soldier ´died of Friendly fire, how the FUCK are they so Stupid?!

If Russian and Syrian plans were more accurate, then they would have scored a direct hit on CIA and Mossad terror trainees.
https://padvish.com/

The SDF and the US like usual lied about the attack as like before they have a discrepancy in times and locations which prove they were not on the bank of the Euphrates, but still stuck in the industrial area.One said it happened at 3 a.m.GMT the other stated it happened at 12:30 a.m. GMT east of the Euphrates which they aren’t anywhere nowhere near.

It appears that the SDF advance has come to a halt.
THIS IS GREAT NEWS FOR THE SAA ! :)

They haven’t bought out the next tribal leader yet, they switch sides and whatever brand of the day at hand terrorist group enters a vacuum with reinforcements. 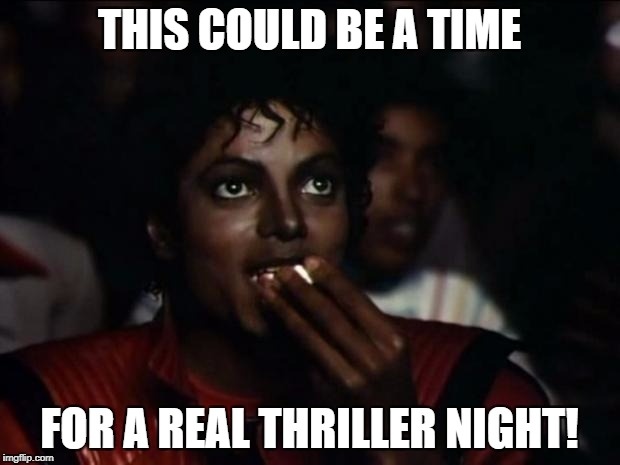 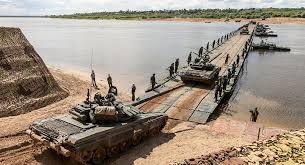