On September 8, the US-led coalition and its Syrian proxies foiled an ISIS suicide attack inside the 55km de-escalation zone around the border area of al-Tanaf in southeastern Syria, according the Syrian Hammurabi’s Justice News blog.

The pro-opposition blog, which is well-known for its close ties to the US-led coalition, said that the coalition killed two fighters of ISIS while thwarting the attack.

“The Maghawir aI-Thowra [US-backed groups in al-Tanaf] and the International [US-led] Coalition will continue to keep the 55km area free of ISIS and protect themselves and the Syrian people in the area from any threat,” Hammurabi’s Justice News said.

However, the US-led coalition ignored the Russian warnings and started a military exercise in the al-Tanaf base in an attempt to deter Russia and the Syrian Arab Army (SAA).

As long as they can claim that ‘terrorists’ are active there, they will be impossible to dislodge from there

That sums it up perfectly.

There are terrorists active there. Specifically the US.

they are not trapped. can leave every time.

That is why they should have conquered the border with Turkey first…. and Create a Pocket…Some Pictures on the internet of these Traitors would be a Good thing…otherwise denying that they were there, becomes easy…

And the Academy Award goes to….

And You wished Your carrot apperatus reached the ground and now Your legs are 5 cm – each :)

UK’s Prime Minister May, has just made a speech – to summarise: 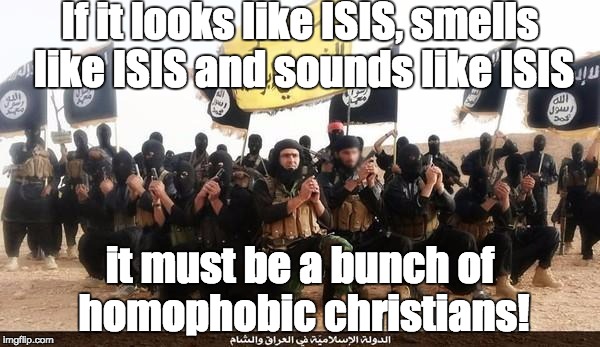 Where in God’s name did you find that. Absolutely brilliant.

Was searching on live leak for the fight in Idlib…when I found the Proof that ISIS are Western, Free & Open minded People…..

In my Grandfather’s day, they would be imprisoned. Where the hell are we being led to ?.

If anyone is stupid enough to believe that the US-ISIS just attacked the illegal US base at Al Tanf then I have a few bridges and pyramids to sell to those suckers!

UK and US telling you the reasons that how to illegally stay in Syria, Iraq, Afghanistan, Palestine, Libya, Yemen and in hundred other countries. LOL

a) end of stories, that yanks have friendly ISIS groups around an tanf

b) yanks are more abel guys. SAA is not able to stop isis vehicles :(

BShts. Unless they was playing war games.

More like Abu and Mo got drunk, took off joyriding, passed out at the wheel, and the boom bus was careening out of control toward camp.

They’ll be remembered. By somebody.

All that tough talk and they can’t eliminate ISIS in an area lets say 55Km radius? 2 years running? What are they doing playing video games and texting their moms? Like Afghanistan, safe, mostly, in your fort. Step outside at night, dead. Make friends with a local, dead. Forget to bribe the warlord, dead.

I know what exactly what they are doing…, counting the days till they get to go home!

Keep piling up the BS and eventually like all piles of it the bottom gives out and it collapses. This sort of propaganda has lost its’ impact, those ‘terrorists’ are unfortunate US employees suckered into being sacrificial lambs.

A bit like Great Garbage Avalanche of 2505.
If you have never watched Idiocracy, give it try, it is so America.

Kindly enlighten us. I read 4 possibilities:
1. IS terrorists strapping on suicide belts which went wrong
2. Terrorists wanted to flee or join reconcilliation process were shot
3. Mercenaries stole the cash for monthly payments and were shot
4. Nothing happened

Breaking News: US and British Forces Are Trapped in Idlib Syria: Offensive Has Begun & 200 American & British Soldiers are Trapped in Idlib : They are Advisors to Jihadists in Idlib!!
Meanwhile: Please see Fort Russ website: the Liberation of Idlib has Begun!!

Midnight, GMT+3, September 9th – The liberation of Idlib from US backed terrorists, has now begun. With weeks of preparation, on the tactical, strategic, infowar, and diplomatic fronts, the Russian and Syrian air forces launched their first sorties tonight, with bombers and assault planes attacking terrorist held positions between Hama and Idlib. So far there have been over 70 airstrikes recorded above several jihadist sites in northwest Syria in just the last several hours alone.

Previously the Syrian government confirmed that Russian and Syrian air forces successfully launched over 100 airstrikes in the last since yesterday, softening up peripheral targets and making impossible the possibility of any break-through or counter-attack, or other maneuver on the part of the terrorists.

It is expected, barring a major U.S counter-attack to protect their own assets, that the Syrian and Russian forces will heavily bombardment specific targets throughout the night, and into the early morning ours of September 9th.

SAA and allied forces have been making simultaneous preparations for the ground assault which will likely commence tomorrow. Syrian and Iranian intelligence operatives inside of Idlib had been successful, over the last few weeks, in documenting and noting the location of targets where terrorists had made their HQ. One such was a former hospital, fortunately that this premises was being used as a base of operations by terrorist groups was recorded on video, and presented to the international community via information war channels.

Not surprising considering the Ottoman desire to recover territories it lost when the Empire was broken up post WWI but if Erdogan thinks, for one moment that Turkey can maintain a War inside Syria in support & protection of Terrorist Wahhabi Islamists, he’s got another think coming. He has maintained, to date that Turkey has maintained its Forces inside Syria to defend against Kurd ‘Terrorism’ but we now see the truth and reality …….. Erdogan does hate the Kurds but he hates the Secular State of Syria and its Baathist Party more than anything else

No photo nor video, no evidence at all. You thwarted your fart last night.

It’s sticking, how suddenly US was able to spot ISIS in AL Tanaf.***
I personally don’t believe this narrative . The US has never admitted that ISIS was present there or anywhere around AL Tanaf. IMHO, they are making an undercut on Russia just to prevent the latter from attacking the terrorists living with them.