Fighter jets of the US-led coalition once again hit positions of the Iraqi Army and its allies ‘by mistake’. 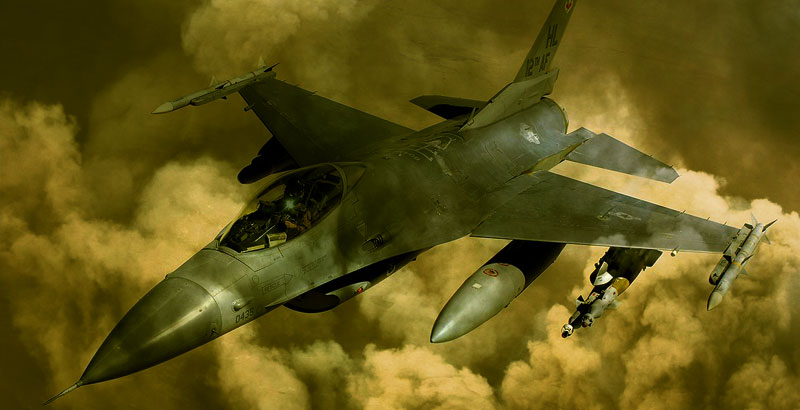 An Iraqi Army’s base in the province of Nineveh was struck by fighter jets of the US-led coalition, Deputy Chief of the Nineveh Provincial Council, Noureddin Qablan said. As result, several Iraqi soldiers were killed.

“US fighter jets hit one of the military bases of the Iraqi Army’s 16th Division, located in the region to the north of Mosul, and the attack left four Iraqi soldiers dead,” Qablan announced.

He also added that the attack was confirmed by the US Army, which called the incident a ‘mistake’.

The Deputy Chief of the Nineveh Provincial Council noted that it is not the first time, when the US Air Force hit positions of Iraqi troops and the Hashd al-Shaabi People’s Mobilization Forces, and added that each time “the US-led coalition said that these air raids were not deliberate.”

On October 5, military positions of the Hashd al-Shaabi forces in Kharaeb Jabr village, located to the south of Mosul, were also struck by US aircraft. As result, 20 Iraqi fighters were killed and five others were wounded.

In late September, US warplanes attacked warehouses with military equipment of the Hashd al-Shaabi forces in al-Nasr region in the northern part of Babel province. According to a senior Iraqi lawmaker, Mohammad Naji, in this way the US wanted to prevent “making advances” of the Iraqi popular forces against the Islamic State (IS) terrorist group.

In June 2015, bases of the Iraqi Army’s Hezbollah battalions, deployed in Fallujah in the province of Anbar in western Iraq, were also struck by aircraft of the US-led coalition. As result, six soldiers were killed, while eight others were wounded.

In early May 2015, an arms production workshop of the Iraqi popular forces near Baghdad was attacked by US fighter jets. As result, the workshop and ammunition inside of it were totally destroyed, and two fighters of the popular forces were killed.

On March 29, 2015, eight airstrikes were conducted by the US-led coalition’s air force on positions of the People’s Mobilization Forces (PMF) during their fierce clashes with IS terrorists near Tikrit. As result, a number of Iraqi fighters were wounded.

In February 2015, coordinator of the Iraqi popular forces, Jafar al-Jaberi, said that the US and their regional allies support IS terrorists, airdropping them weapons and foodstuff.

“US planes have dropped weapons for IS terrorists in the areas under the IS control and even in those areas that have been recently liberated from the IS control in order to encourage terrorists to return to those places,” al-Jaberi told the Fars news agency in February 2015.

He said that eyewitnesses told about some suspicious parcels for IS terrorists, which were dropped from US airplanes in Al-Havijeh in the province of Kirkuk, and added that other two planes of the US-led coalition, carrying IS terrorists to the regions, recently liberated from them, were spotted in Al-Khas town in the province of Diyala.

In January 2015, Head of Iraqi Parliament’s National Security and Defense Committee, Hakem al-Zameli, also confirmed that weapons and foodstuff were airdropped to IS terrorists in Salahuddin, Al-Anbar and Diyala provinces by warplanes of the US-led coalition.

He also stressed the fact that the main cause of survival the IS terrorist group in Iraq is the US-led coalition.

“There are proofs and evidence of the US-led coalition’s military aid for IS terrorists through air (dropped cargoes),” al-Zameli told Fars at the time.

They won’t bomb ISIS convoys as scared to kill civilians yet happy to blow up their so called allies. Team America plays for whom?

It plays only for Tel Aviv. http://nationalvanguard.org/

Time for the Iraqi’s to put up some Pantsyr’s S1’s and BUK’s to to thwart of ISIS Air Force.

Time for Iraq, and Syria for that matter to show the US coalition the door…Russian S300 and S400 can enforce a US no-fly zone.

Recall that the Russia Syria operation joint command centre is located in Bagdad, but it will wait on defeat of ISIS in Iraq for your suggestion to come to the fore, similar trends are in Egypt.

America was a good nation from 1775-1914. After that the Jews conquered America from within. Now the UK and Israel sets Americas policies. Americans have no say in the matter. The hole point of everything is the eternal destruction of the Goyim. And the advancement of the Jewish-master-race. http://nationalvanguard.org/

The us air force, which repeatedly claims it’s airstrikes are the most precise in the world, blame a lot of death and destruction on “mistakes” lasting up to an hour or more at a time. 90-95% or more of this is probably done with those who pick the targets knowing exactly who they’re hitting before they do it. Much like the nato terrorist attacks via drones over other nations mainly done by the us.