The Syrian Democratic Forces have received 200 IAG Guardian armored personnel carriers and a batch of weapons from the US-led coalition. 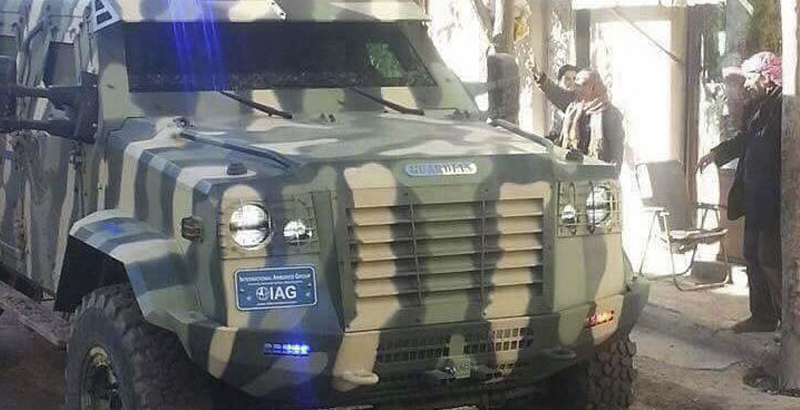 Armed units of the Syrian Democratic Forces (SDF), positioning themselves as fighters against the Islamic State (IS) terrorist group, have for the first time received armored vehicles from the US-led anti-terrorist coalition, the Reuters news agency reported, citing spokesman for the SDF Talal Silo.

According to the news agency’s source, earlier, countries of the US-led coalition also provided military-technical assistance, but it is the first time, when SDF units, consisting of both Arabs and Kurds, are supplied with armored vehicles.

“There are signs of full support from the new American leadership – more than before – for our forces,” Silo told Reuters.

Though, Reuters did not report what kinds of armored vehicles were dispatched to the SDF, social networks’ activists said that the SDF received a batch of IAG Guardian armored personnel carriers, produced in the UAE, and even published some photos of the arrived vehicles.

SDF units take part in the fight against IS terrorists in the area of Raqqa city, which is considered as the IS capital in Syria. Last autumn, the US-led coalition announced the start of the operation to liberate Raqqa, and then the Pentagon decided to suspend the operation until the spring of 2017.

As Silo told the news agency, the SDF has plans for a “new action” against the IS in “a few days.” However, the SDF spokesman did not disclose any details.

According another unnamed Kurdish military source of Reuters, the SDF plans to take control of a road, connecting Raqqa and Deir er-Zor.

“The coming phase of the campaign aims to isolate Raqqa completely,” the source said. “In order to accomplish this requires reaching the Raqqa-Deir al-Zor road,” he added. “This mission will be difficult.”

If the supply of the armored vehicles to the SDF is the truth, then we can conclude that the administration of US President Donald Trump seriously intends to use various forces, fighting against the IS in Syria. Fundamentally, this corresponds to Trump’s statements about the need to intensify the fight against the IS. Another question is whether the SDF will be ready to disarm, when the IS is defeated in Raqqa. 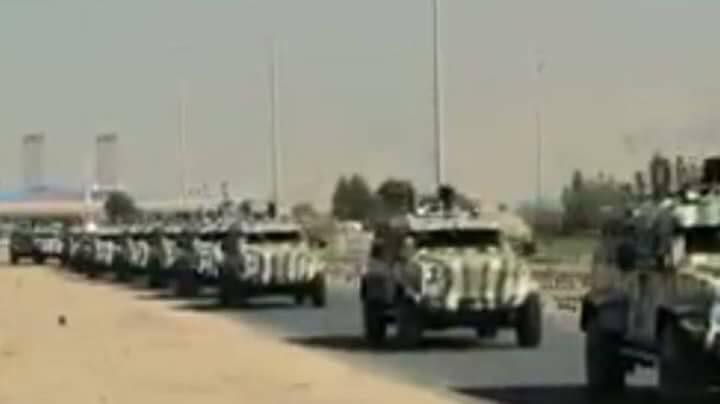 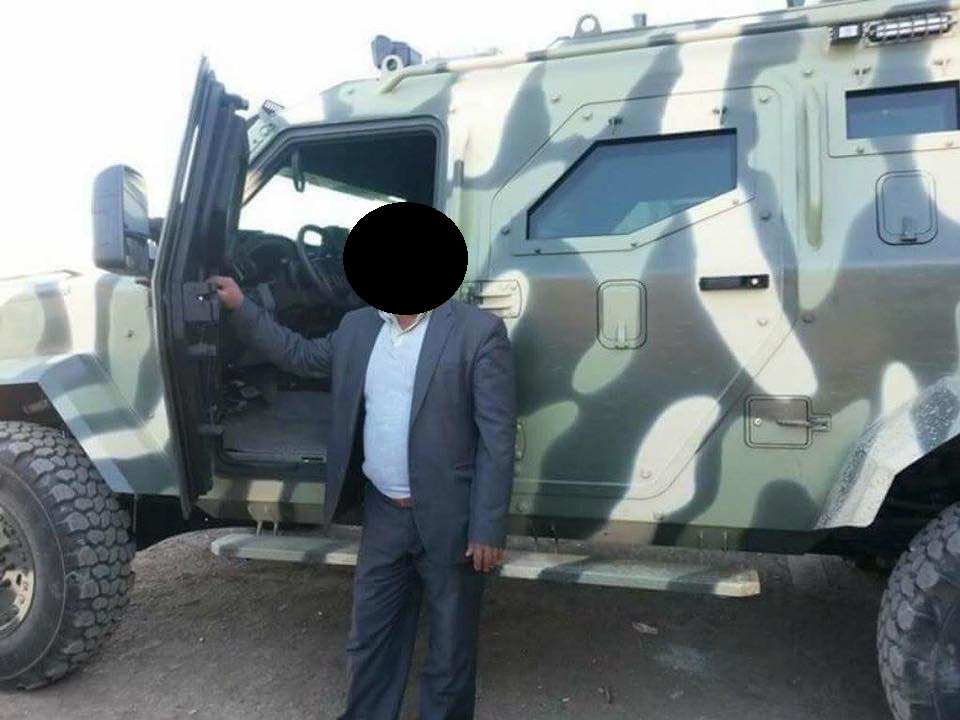 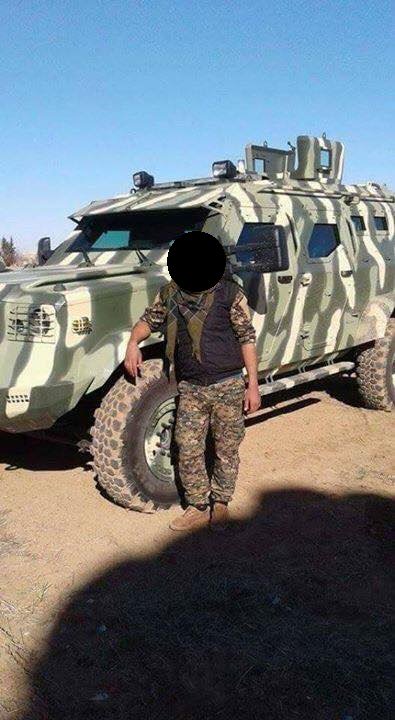 So what’s the difference between Trump and Killary? Safe zones for terrorists, arming terrorists, the same criminal policy that destroyed Syria continues.

The difference is that Trump will try to build an industrial platform in the USA before starting WWIII.

Russell A Wilson
Reply to  AndresMX

Safe zones in cooperation with Russia, not against Russia. Also, the kurds are not terrorists you mongoloid, they are kicking ISIS butts. And they deserve to have their own country or at least their own state inside a federation country. Why should all these millions of kurds be governed by arabs?

Your monkey parents are mongoloids (and close relatives) you inbred PoS.

Sorry, that dumb troll VGAhole started it first…. mongoloids are far superior to him anyway lol.

Don’t you think US cooperation with Assad is good? Or are you anti-Assad?

Why do you think that the weapons could not spill over the border, eventually? ;-)

If there is one common enemy of them all its the kurds, there is one thing they all dont want! its a kurdish state! Turkey Syria iraq and iran! If the Us even tries its the push out of the us in the middle east in this countrys. They will ask russia and china to back them up!

Kurds are not terrorrists and if you don’t know anything about Rojava revolution and about the valiant YPG men and YPG women fighting ISIS ond the ground, please shut up. The real terrorist is the AKP Erdogan government that bombs them and the civilian in Rojava villages and in the south east towns of Turkey a in north Iraq.

Rojava at this time is a social and political revolution , not a military one. In a way one can compare it to what happened at the end of the roman empire. Overwhelmed by enemies, large parts of the empire were abandoned to whomever could take and hold it. The legions never returned.

What fighting there is, is against IS. There is hardly any fighting with SAA and rebels.

The US just murdered 1 Million Iraqi. ..under a complete lie of WMD. The occupation of Iraq was genocide.

South Korea may be the only….the only positive outcome from the USA shitty military War forever game. Korea was US get mauled by China/North Korea… Moron lunatic MacArthur. ..sat in Japan palace and ran the war in Korea like an idiot. After the disaster at Chosin Reservoir. ….Truman sacked the idiot.

The US cannot be trusted. ……They are Ancient Rome… on Steroids

I understand this but a people that has been fighting for years dreaming to live in a own state with the freedom of speaking its language sometimes must be opportunist even if not fully confident about the USA support. Sometimes dreams become real and there is an increasing civil international support for their claims.

The difference is that the Syrian democratic forces are our allies (more or less so) because they do not fight us and are enemies of our enemies.

Obomber was arming and training the so-called Free Syrian Army and indirectly supplying weapons to the islamist extremists, such as Jahbat al-Nusra.

Thus, there is actually a big difference.

What happens when this group meet Syrian Arab Army?.

Yeah because nothing happened in Hasekeh.

Really, we,ll have to wait and see, havent heard anything about SAA allying with SDF, SDF better hope its my enemy of my enemy is my freind ,as the saying goes.

The SAA has its hands full on many fronts in western Syria.

It’s all free or do they want something in return when the war ends? (Recommended reading: John Perkins (2004), Confessions of an Economic Hitman)

Are not SDF the terrorists who beheaded a little boy in Syria ? or am I wrong ? How to make to understand to SDF people that they just are helping to destroy their own country and have been desceived by USA-OTAN-Israel ? Israel is just happy to see how Syria has been destroyed and continue with its destruction, thanks to stupid people like these.

You are wrong! Not SDF but FSA (Free Syrian Army) wich is formed by islamic groups included al kaeda and Al Nusra.. Thet ar Turkey backed. There is a great difference because SDF defends the Rojava revolution and fignt for autonimy and freedom respecting civilians. https://www.facebook.com/ari.murad/videos/1589980487685797/

You might consider reading a bit more before creating fake news. This is really, really stupid man!

I think they call it “alternative” news these days lol!

No, the SDF are an assortment of Kurdish, Assyrian, Arabian,… forces.

This is just the continuation of the plan under Obama, Clinton would have also done the same. The agenda remains the same, it is the Oded Yinon Greater Israel Project which calls for the partitioning of all Middle Eastern states. The Kurds are useful idiots being used as pawns to advance Israeli interests.

Good point, divide and weaken. But if Shiite now has greater strength in Syria. Israel and Saudi plans have failed and backfired.

Trumps new “list” , Syria , Iraq , Iran , the only Shi’ah nation of the neighborhood not on it , is Lebanon . We will see if these safe zones are in Turkey , then ok , but I am sure they just want to consolidate the territory taken by Turkey , and thereby attempting some sort of reconciliation . As Bobby said , just a continuation .

Actually I think this entire discussion about “safe zones” is ignorant. Trump wants to make some noise and everybody reacts. And yet we all believe this story. Safe zone is in Jarablus?

At least they are no longer training and arming ISIS. But are they just picking a group more politically correct than the monster they helped create, in order to maintain a foothold in a war that went wrong?